Vattenfall and its Dutch subsidiary Nuon have sponsored Delft Technical University and the Nuon Solar Team race-car Nuna since 2001. The sponsorship agreement has now been extended with another four years. 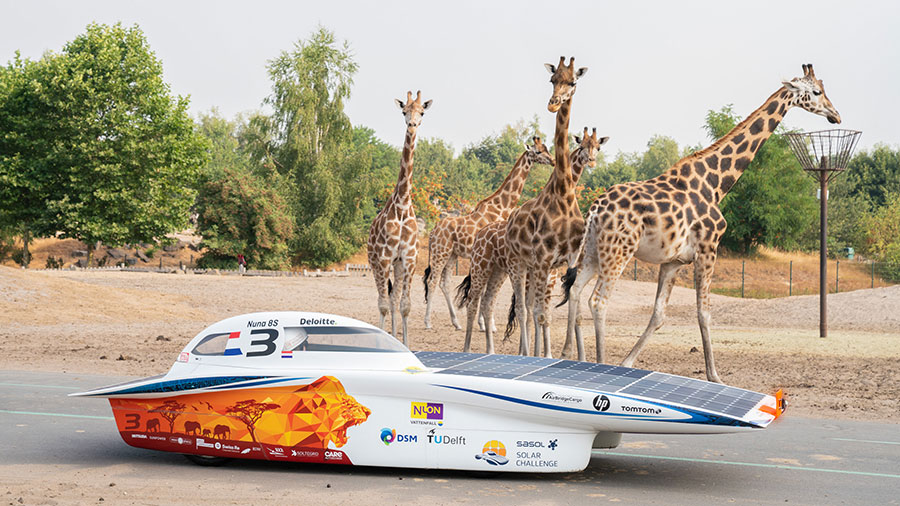 Ariane Ribbeck, Director Brand Experience, is pleased that the sponsorship contract has been extended: "Being able to extend the sponsorship deal is fantastic news. The Solar Team and Nuna embody the message that we at Vattenfall/Nuon wish to communicate: to work together to achieve a fossil-fuel-free future!" 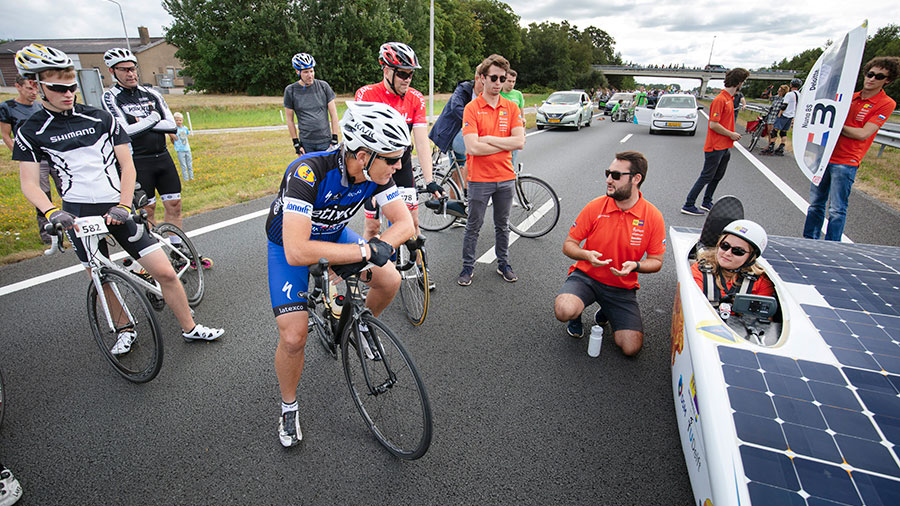 The greatest procession of sustainable vehicles ever

The innovative solar car Nuna9S was unveiled at a sustainable parade in the province of Friesland in the beginning of July. The procession encouraged towns, villages, schools and companies to travel via sustainable means for two weeks. The name of the initiative was 'Elfwegentocht', or eleven-road tour, which is a play on the 'Elfstedentocht' long-distance skating event through eleven cities (approx. 200 km over natural ice) for which Friesland is famous. The 'Elfwegentocht' ended with a parade that is said to be the largest procession of sustainable vehicles ever – and with the Nuna9S leading the way.
Once the solar car arrived at the final destination in Leeuwarden, it was soon surrounded by a host of interested parties, including many journalists who spent a good amount of time asking the students at Delft University of Technology all sorts of questions.

At Safaripark Beekse Bergen, the team also tested a radar that they developed especially for the South African event. The radar enables the solar car to adapt to the wildly varying circumstances it will encounter in South Africa, including mountainous landscapes, valleys, grassland, desert, modern highways, dusty, unpaved roads and wild animals.

"We can use route data to detect hills and obstacles that lie ahead. This allows us to change the capacity and the speed of the Nuna9S accordingly," says team member and strategist Daniël Willemsen. "We will therefore be able to adopt a driving style which is as economical as possible through the mountain landscape of South Africa."

The Nuon Solar Team will depart for South Africa on 23 August to familiarise themselves with the route and to prepare for the Sasol Solar Challenge, which is set to take place from 22 to 29 September from Pretoria to Stellenbosch.

Next year, in October 2019 a new team and a new self-built Nuna solar car will take part in the solar race in Australia. The race stretches over 3,000 km from from Darwin in the north to Adelaide. This makes it the world's biggest solar competition.