Vattenfall's two new offshore wind farms, Vesterhav Syd and Vesterhav Nord, will be the first in Denmark to be directly involved in stabilising the electricity grid and thus the power supply.

Vattenfall's new wind farms off the west coast of Jutland in Denmark not only provide renewable energy to Danish consumers, but for the first time ever they are part of an agreement to actively supply strength to the electricity grid in the West Jutland region. In addition to increasing Danish electricity generation from wind turbines by more than 10 per cent, they will be able to actively deliver some of the voltage stability the network needs to maintain the reliable power grid for which Denmark is so famous.

"A wind turbine is now just as large as a small combined heat and power plant of almost 10 MW, so we can really deliver some strength to the grid, which would otherwise come from power plants. But there aren't many of those in the area where Vesterhav Syd and Nord are being built," explains Kenneth Skaug, Senior Engineer in the System Design department at Vattenfall.

"It's all about magnetic fields, electric fields and frequencies that need to be controlled and monitored carefully so that we can all heat up our scalloped potatoes and lasagne for dinner, get some cold milk from the fridge and make the TV, computers and lights work," adds Skaug with a twinkle in his eye, aware that this is probably not the place for more in-depth technical explanations. 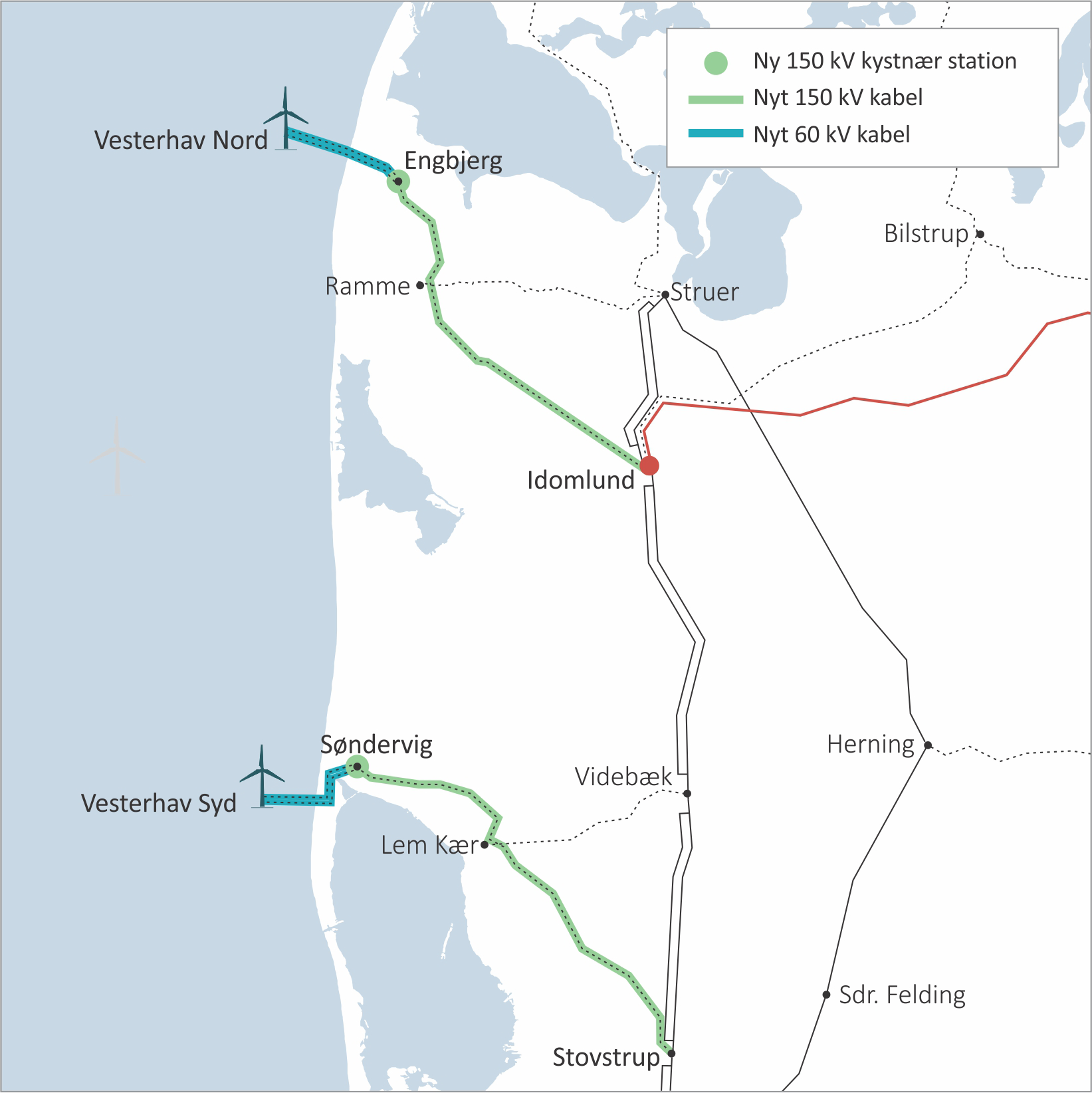 Close to the coast with super rapid response times

Until now it has been necessary to have large power plants running to ensure the stability of the grid, but with the new unique agreement between Vattenfall and Energinet, which operates the large Danish high-voltage grids, the wind turbines can easily adjust the amount of energy to match demand – and at a millisecond's notice, unlike the large, heavy power plants that preferably operate with a constant output and take time to adjust.

You might ask: Why didn't we make use of the wind turbines in this way before? There are many offshore wind farms around Danish waters. The reason, according to Skaug, is that they are located far from the coast and the large high-voltage grids, a distance which makes the losses in the transmission system too great for this purpose. However, the two new Vattenfall wind farms are close enough to the coast and at a short enough 'electrical distance' for the turbines to be connected directly to a 150 kV transformer, thus actively supporting the grid.

First agreement of its kind in Denmark

According to Chief Engineer Poul Mortensen from Energinet, the agreement on voltage regulation is ground-breaking as it is the first in Denmark to involve two wind farms as an integral part of the primary operation and support to ensure a stable and reliable electricity system.

Skaug has helped develop the idea and agreement between Vattenfall and Energinet and sees even more potential in the use of wind turbines.

"Part of the West Coast grid needs this support in the local area. The wind turbines have now gone from destabilising the grid, as in the old days, to acting as a stabilising factor. At one point, Denmark operated for 41 days without having the large power plants in operation. This wouldn't have been thought possible 10 years ago. In addition to the two offshore wind farms, Vattenfall's onshore wind turbines are now also under consideration. In particular, the planned expansion of the Nørrekær Enge wind farm in Northern Jutland will be suitable for supporting the grid in the same way. The larger the wind farm and the closer the connection is to the high-voltage grid, the better the wind farm is able to support the grid."