The construction of Kriegers Flak Offshore Wind Farm in the Baltic Sea has now started well on schedule, and the wind farm will contribute significantly to Vattenfall’s goal of enabling fossil-free living within one generation.

The first of 72 so-called monopile foundations are currently being welded together to form the basis for one of Vattenfall’s largest offshore wind farms.

When the wind farm in the Baltic Sea is in full production by the end of 2021, it will increase the yearly Danish electricity production from wind by 18 per cent equivalent to roughly 600,000 Danish households’ annual electricity consumption.

“This summer we will be finalising Horns Rev 3 offshore wind farm in the North Sea. Perfectly timed with the construction start of Kriegers Flak. Together they will increase Vattenfall’s offshore wind capacity significantly contributing to our goal of enabling a fossil-free living within one generation,” says Vattenfall’s Danish Country Manager and Head of Offshore Wind, Michael Simmelsgaard. 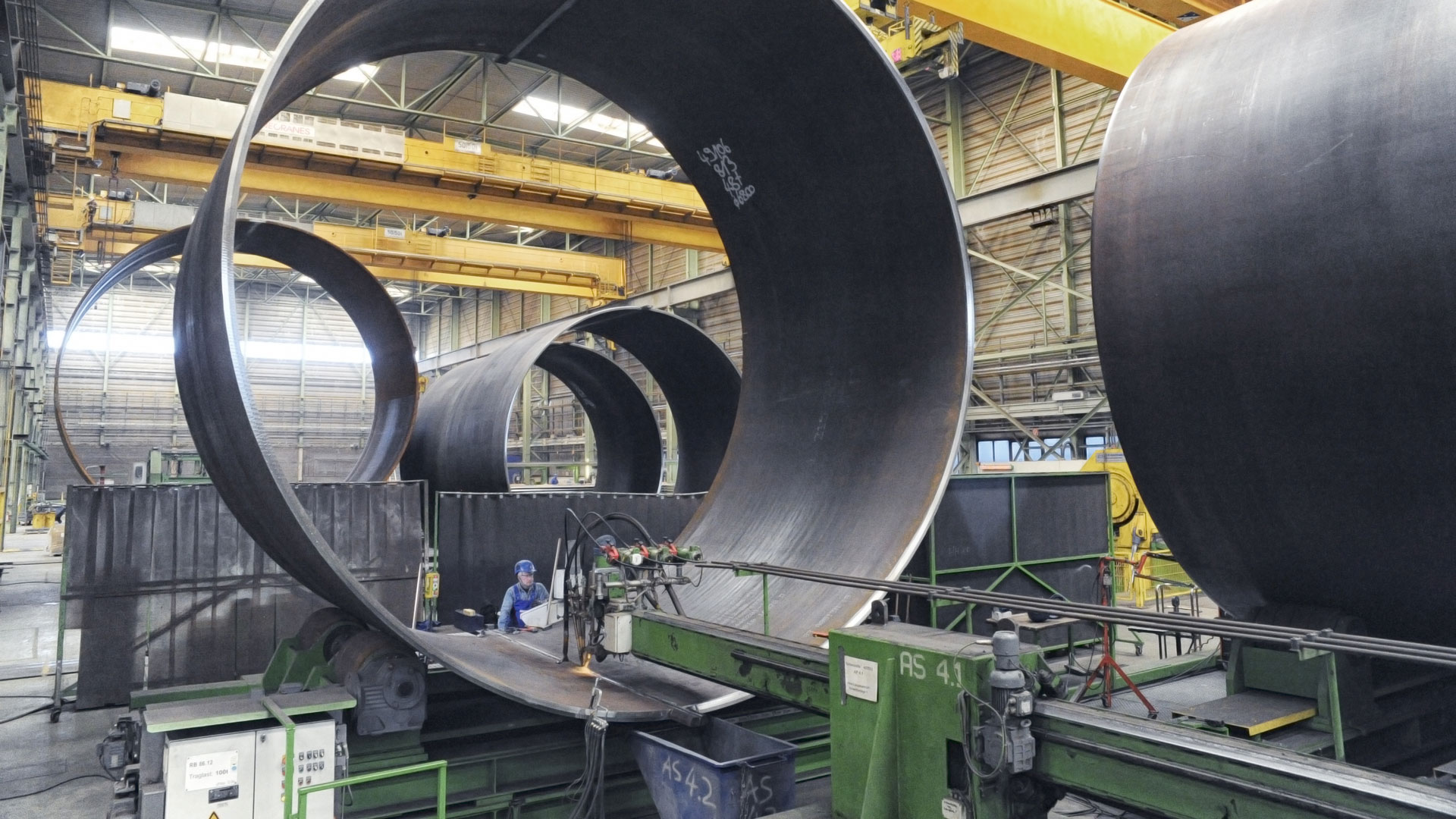 The foundations are being manufactured in Rostock in Germany by EEW Special Pipe Constructions. In spring 2020, the up to 800 tonnes heavy monopiles will be sailed from Rostock directly to the offshore construction site for installation 15-40 kilometres off the Danish coast.

“We have been preparing this project for some time and are well on schedule. Now it’s time to start construction. It’s always great to reach this point, when the elements of the wind farm are starting to take shape,” says Ian Bremner, Project Director for Kriegers Flak Offshore Wind Farm.

The foundations will carry the 72 Siemens Gamesa 8.4 MW wind turbines that together add up to a total capacity of just over 600 MW.