The third day of the Bridgestone World Solar Challenge was all about closing the gap. At the start of the day race leader Twente Solar Team was 21 minutes ahead. What followed was a blistering attack with speeds of up to 100 kilometers per hour. At the end of race day 3 the difference was reduced to a mere two minutes. The team was elated with this result. 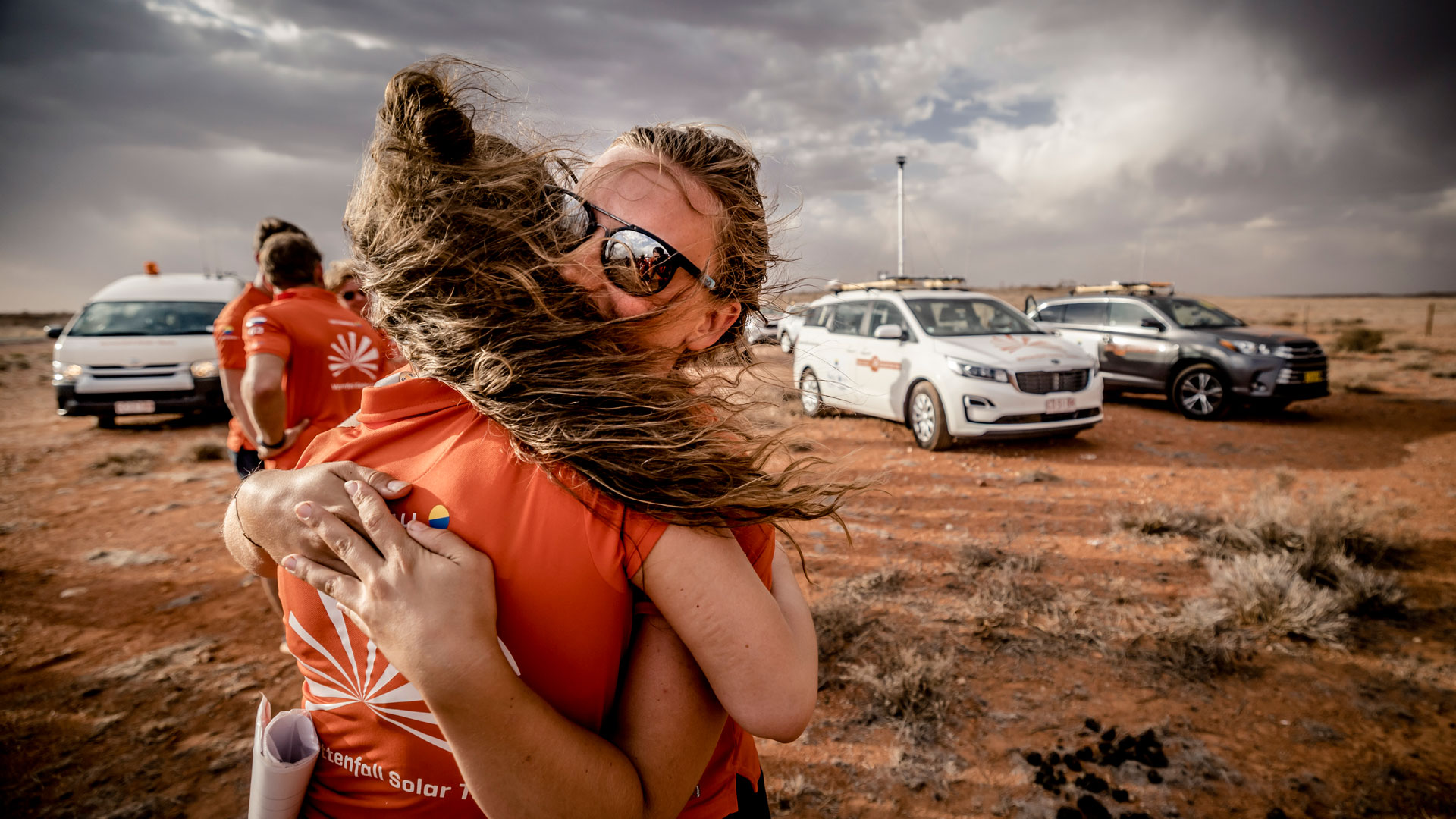 The team awaited race day four with anticipation. The weather forecast predicted strong winds, which would favour NunaX. After all, one of her secret weapons is that her curves are designed to function like sails and benefit from wind. The team hoped that this would deliver that extra little boost that would lead to the top spot.

After a short night, a storm almost blew their tents away, the team began the fourth and penultimate race day of the Bridgestone World Solar Challenge.

Due to extreme wind speeds of up to 70 kilometer per hour, the day turned out to be very problematic for several teams. Dutch race leader Twente, German Aachen and Japanese Kogakuin were blown off the road and had to give up. Vattenfall Solar Team on the other hand was able to keep the car in the lead, proving they built a stable solar car and their drivers are well trained.

While there is only one more short day to go, things are definitely not straightforward. Belgian Agoria Solar Team are approaching fast. Despite extreme winds the car was able to maintain full speed and the team is now seven and a half minutes behind. Having left the Outback, tomorrow will see morning peak hour, traffic lights and more traffic in general. And a seven-minute lead can evaporate easily.

Will Vattenfall Solar Team secure another title, their eight from ten Bridgestone World Solar Challenge appearances? We will know tonight around 4 AM European Standard time.

Vattenfall has built Amsterdam's largest solar roof and in Uppsala one of Sweden's biggest...

Electric car batteries have a significantly lower impact on the climate than what was prev...