The Vattenfall Solar Team today announced the three drivers who will take the wheel of the NunaX solar car during the solar racing world championship this autumn: the Bridgestone World Solar Challenge. 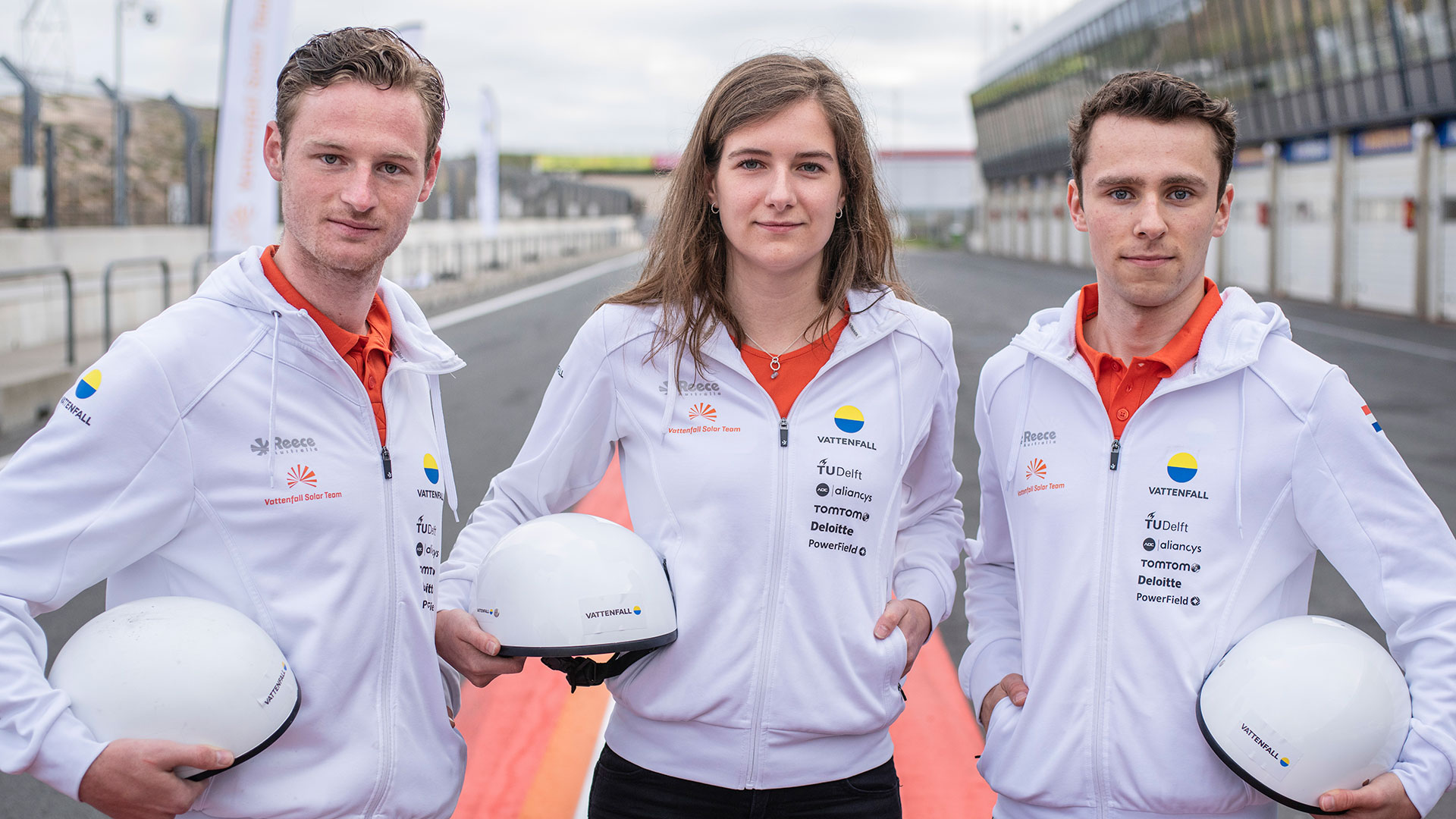 At the Zandvoort race track in the Netherlands, the three brand-new drivers raced against each other today in their first training session. The winner will drive the NunaX solar car during the qualification race for the pole position in Australia.

The team consists of 16 students and has three drivers. These three students will be given the opportunity to guide the custom-made solar car of the Vattenfall Solar Team over the 3,000 kilometre course through the outback of Australia. They will be competing against some 52 other teams from all over the world, including four teams from Sweden, two teams from Germany and three teams from Great Britain. It is a prestigious but difficult job. Coming on the back of seven previous world championships, the drivers are under high pressure to win again this year.

The team's latest solar car, the NunaX, is still under construction, so the Nuna9 was taken out of storage specifically for the training race. Each driver drove one lap around the circuit in the winning solar car, for the best possible simulation of the conditions during the qualification race.

Team spirit is essential during the solar race. The team members must be able to rely on each other. The small, very light solar car will travel over public roads, protected by normal cars ahead and behind. The car behind the solar car, dubbed 'Mission Control', will be manned by students who know exactly what the weather conditions are and whether the traffic situation is safe. The Nuna driver depends on instructions from the teammates in that car. "Racing in Australia is teamwork", says team leader Maud Diepeveen. "The driver is behind the wheel, but they only do part of the job. The other team members travelling in the convoy define the strategy, keep an eye on the weather and clear away any obstacles, among other things." 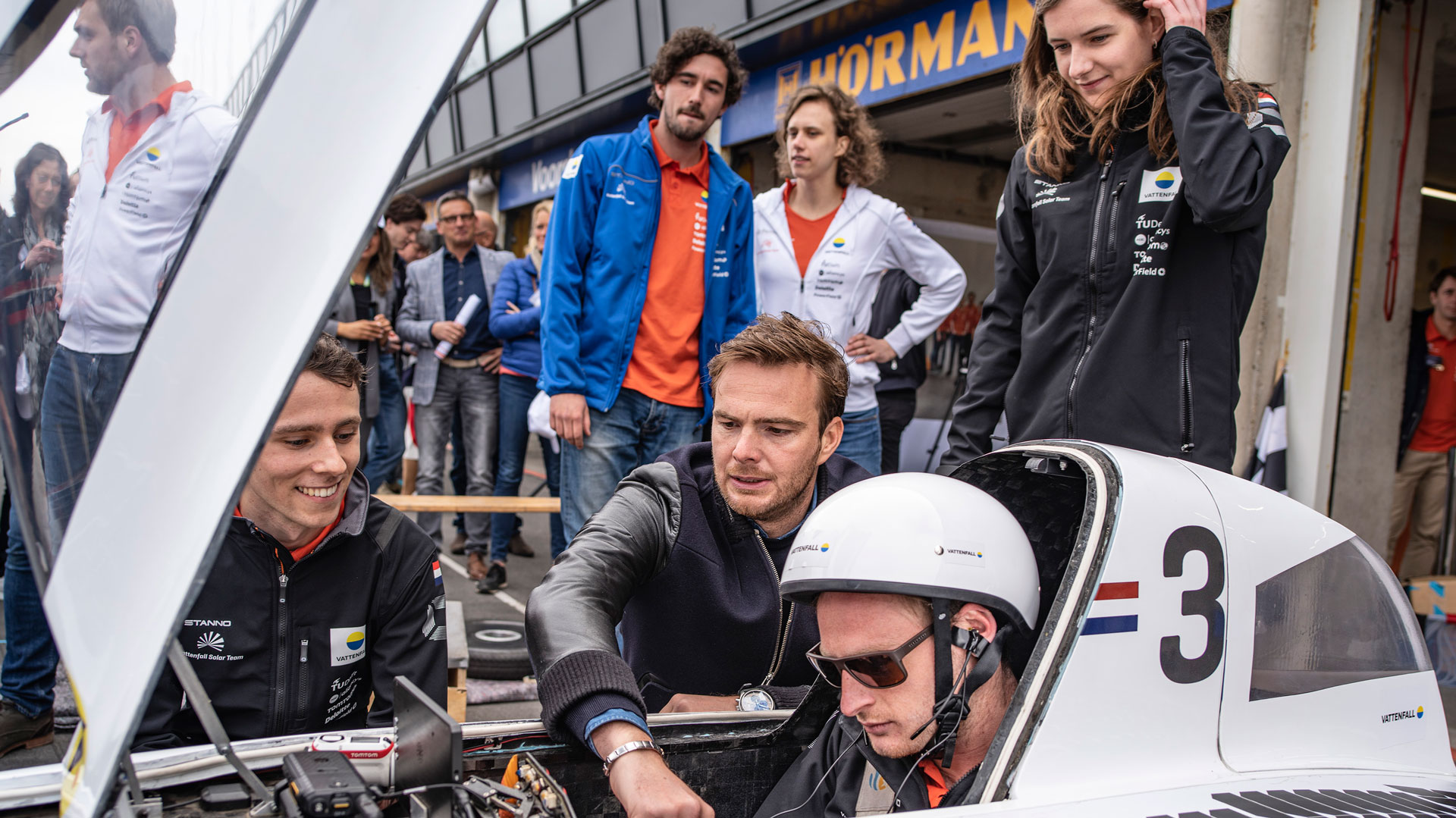 Although the new drivers do not have any prior race experience, they do not have to start entirely from scratch. In line with tradition, previous Nuna drivers give the new drivers tips and advice. There is even a real driver academy within the team. The knowledge is passed on from one team to the next, now approaching the generation mark because the first solar car of the Vattenfall Solar Team raced in 2001.

Potential drivers for the Vattenfall Solar Team must fulfil a number of prerequisites. "First of all, you have to really like it", explains Max van der Waals, a driver and the team's aerodynamics expert. "Of course, we also look at the size of the drivers. The smaller the driver, the smaller we can make the canopy – the cockpit of our car – and the better the aerodynamics." Weight is also significant. According to the competition rules, the drivers must weigh at least 80 kg. Of course, they preferably should not weigh even a gram more. Max: "The only prerequisite is therefore that you don't weigh more than 80 kg." If a driver weighs less than 80 kg, the difference is made up with sandbags.

This was the first time that the official lap time of a solar car was recorded, so the time goes in the books as a record.