After the disaster: Vattenfall Solar Team sets off to conquer America

New solar car Nuna Phoenix will be built in record time with the goal to win the American Solar Challenge in July.

For the first time the Vattenfall Solar Team is going to America. There, the team hopes to be revenged for the dramatic fire that ended the Bridgestone Solar Challenge in Australia last year. Now a brand new team is building the safest solar car ever.

"It is the perfect opportunity to prove ourselves after the fire," says Vattenfall Solar Team Leader Niek Hogenboom.

Rising from the ashes

In October last year, the team’s solar car Nuna X went up in flames in sight of the finish line. Now the new team of students from Delft University of Technology must build a new car in record time, with which the team wants to rise from the ashes. Accordingly the new solar car will be named Nuna Phoenix. 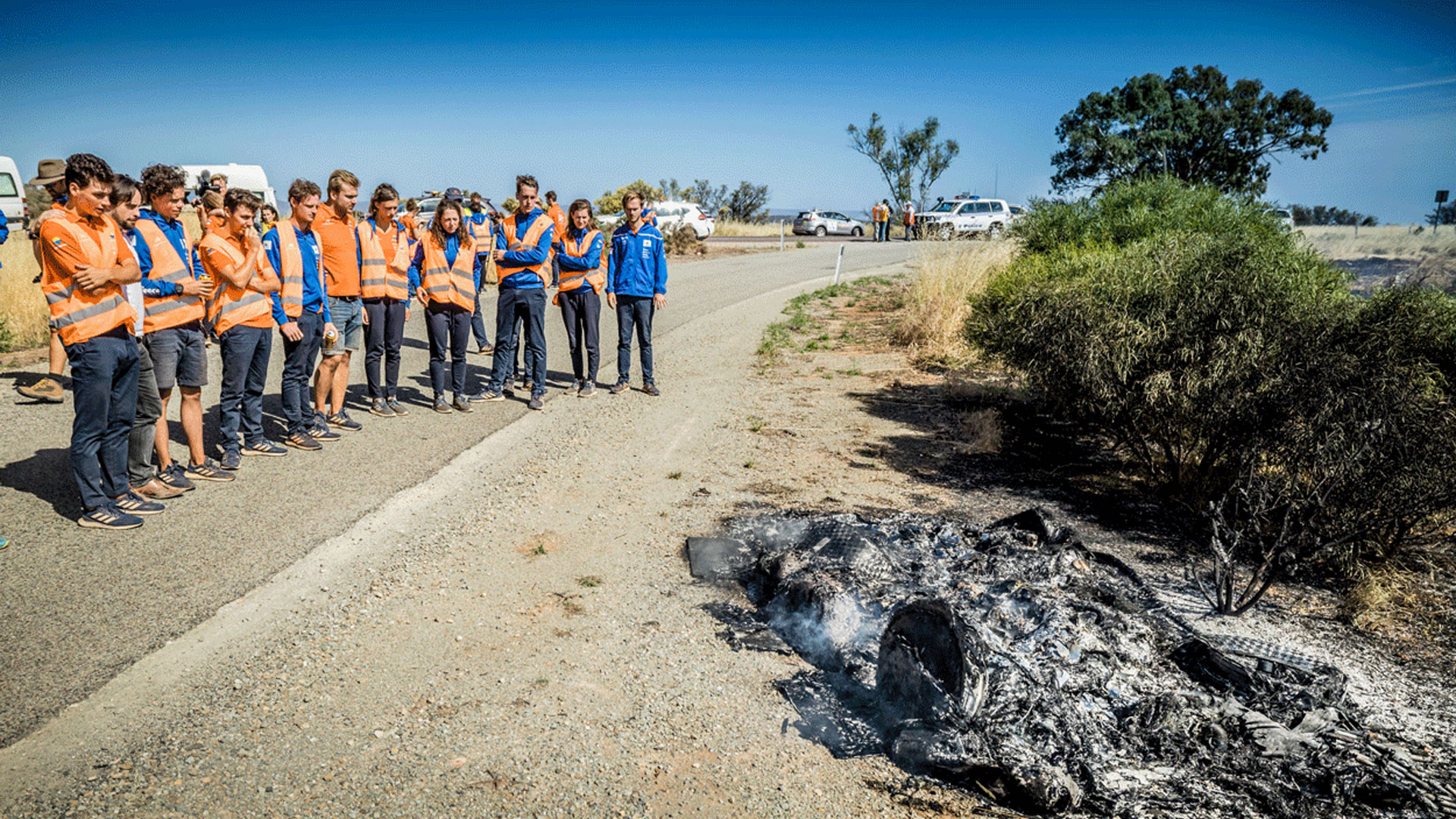 The challenge to get back on top is great according to Hogenboom:

“It was terrible to see how NunaX went up in flames in Australia with only 300 out of 3000 kilometers to go. We considered all our options after the fire and decided to go to America with a new car for the first time. We have chosen this new race because it is a great challenge, especially in the technical field. ”

The American Solar Challenge follows the historic Oregon trail and runs from Independence, Missouri to Boise, Idaho. The route also leads through the Rocky Mountains.

“This is the first time that the car has to deal with mountains and winding roads,” says Hogenboom. “To get to grips with this area, Nuna will get a motor with more power, among other things. In addition, we also face opposition from major American universities such as MIT and Georgia Tech for the first time. For the whole team a new impulse and the perfect opportunity to prove ourselves again after the fire.”

The rules that participating solar cars must comply with are strict, in particular with regard to safety. For example, the solar car will be equipped with a metal roll cage. An active battery protection system must also be used, this system ensures that the battery shuts off automatically when deviating values ​​are measured.

After the fire in Australia, the team looked critically at the safety procedures.

“Solar racing must be exciting and fun, a technical and tactical challenge, but safety comes first,” Hogenboom says. “Last year was a lesson and we all realize that it could have turned out quite differently."

The solar cars of the Vattenfall Solar Team have been pushing the boundaries of technology for twenty years.

"We are building a car that can travel thousands of kilometers without using a single drop of fuel, and we are far from finished innovating. This is how we help the transition to fossil-free transport,” says Hogenboom.