Inspection of power lines, hydropower dams and nuclear reactors made simpler and safer by the use of drones.

The humming of small rotors will be heard more often in the future in maintenance work and inspections in Vattenfall's various operations. Drones can simplify these tasks and reduce the risk of occupational injuries, for example during inspections of hard-to-access plant components. They can also be used to fly over rivers and map ice growth or gather data for building 3D models. Where tests with drones have been carried out, the results have been good, and personnel have a positive attitude to the technology.

"The number of requests for inspections is growing all the time. Drones improve the quality of inspections considerably and also save us time and expense. And, not least, the safety of personnel is improved, which is clearly important," says Anders Lindström, who is responsible for the Digital Inspections area at Vattenfall R&D, where current activities include the development of training for drone pilots.

The areas of application of drones are growing all the time, and the number of assignments is on the increase. Vattenfall R&D has been working with drones and sensors for five years, beginning with outdoor flights with so-called photogrammetry, i.e. the conversion of two-dimensional images into 3D to create models of dams. The technology has matured and is now beginning to appear out in operations.

"We're keeping track of drone and sensor technology, and experimenting with the new possibilities. Previously, we had to erect scaffolding to inspect a hydro power dam, for example, which was a time-consuming process. Now you can take a quick look at a structure with a drone. If there's no damage, that's fine. But if repairs are needed, you can decide to put scaffolding up for extended maintenance work. We want to make the inspection process more efficient," Lindström explains. 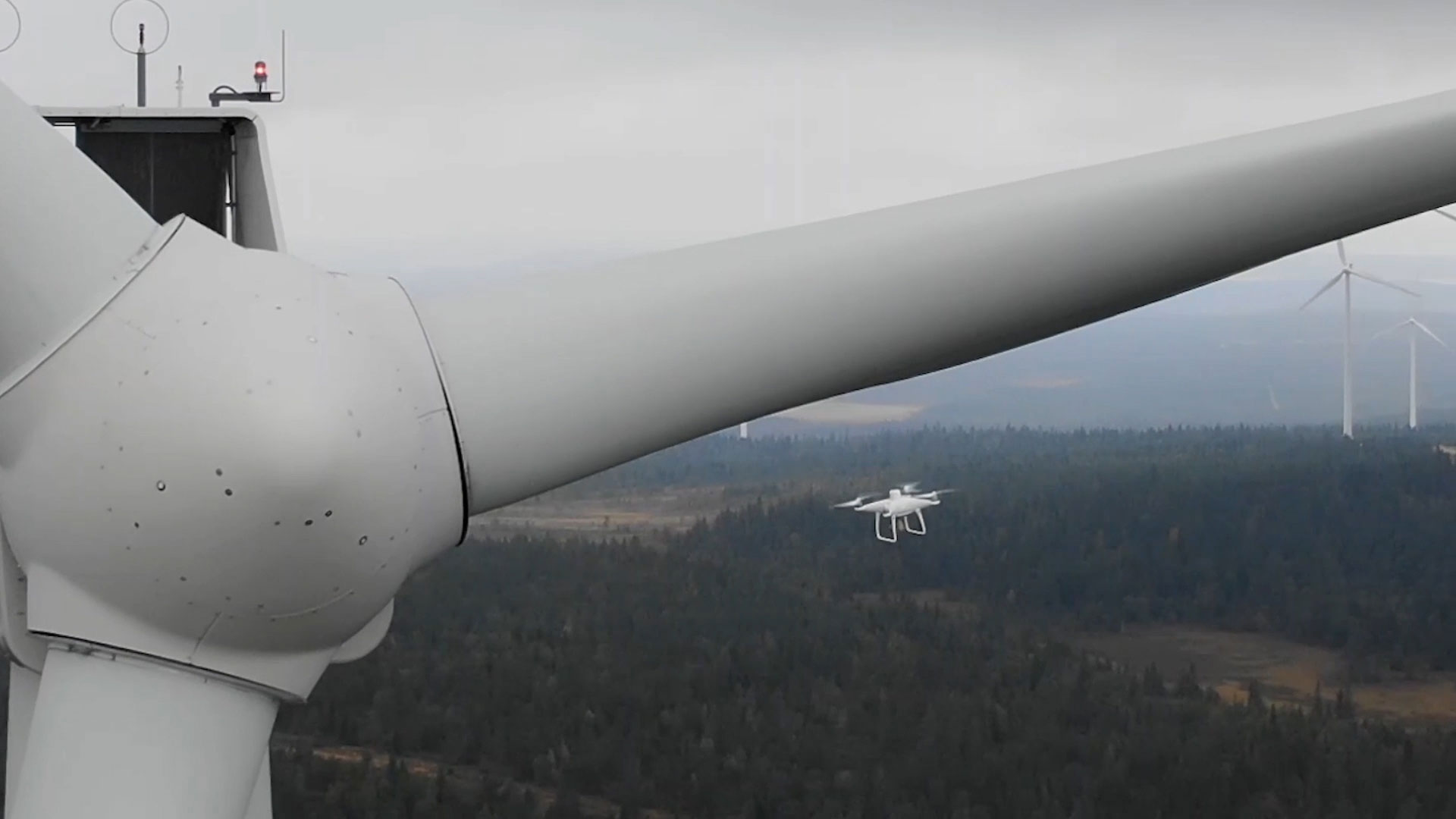 Flying drones has many applications: they can, for example, measure data for 3D models of entire hydro power stations and dams which can then be produced as physical models, they can inspect the shoreline, fly inside dams, fly along power line corridors to look for breaks in lines, fly into reactor containments or district heating boilers to inspect plant components, where human access is difficult without extensive safety measures.

"Drones make it possible to access places that people didn't use to be able to reach. The market trend is a development towards smart drone systems with artificial intelligence, AI, which teaches the drones to find and assess damage," says Lindström. 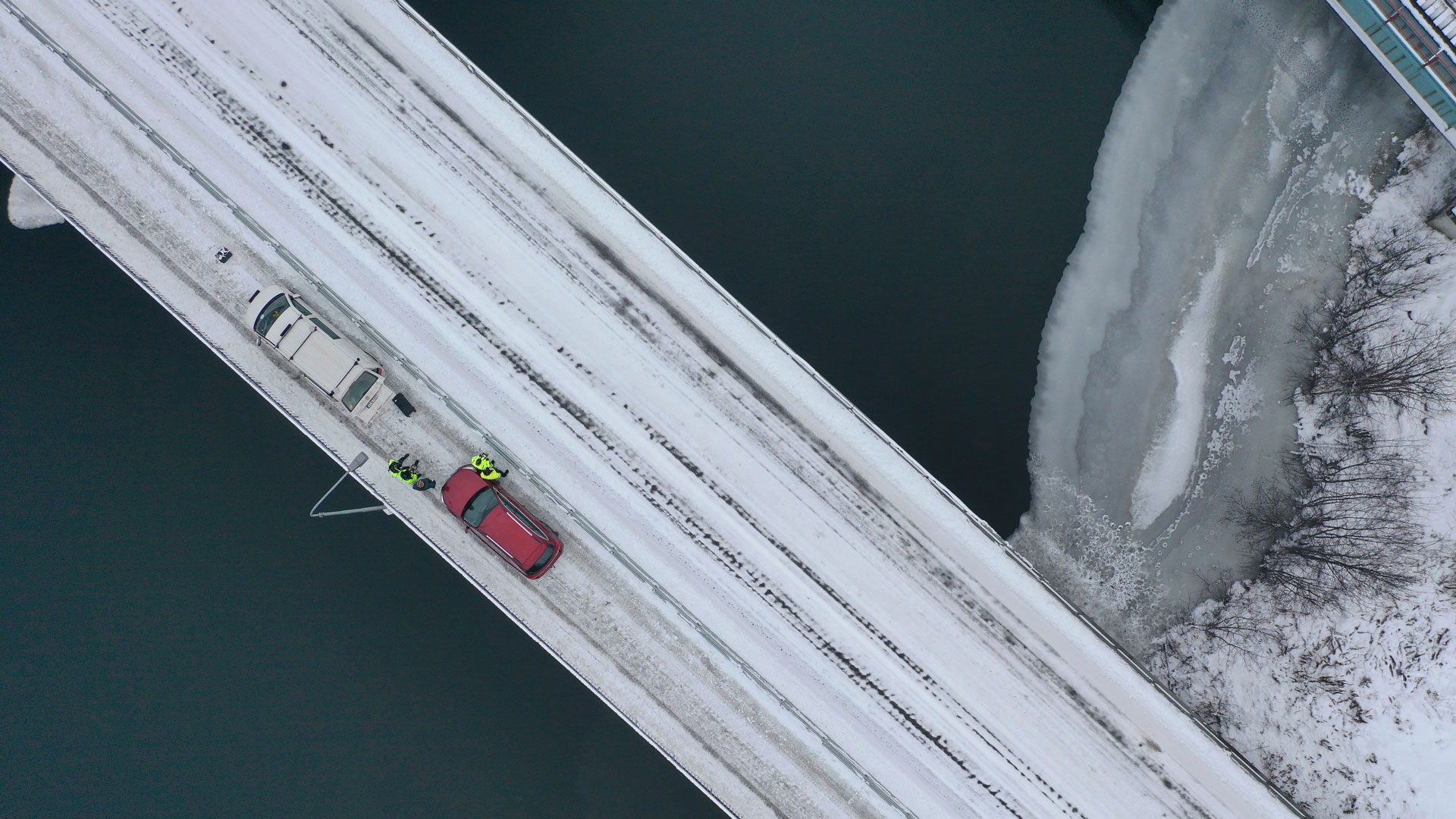 Hydropower dams are not entirely static from one season to another. Because of temperature differences between the water side and the air side, the crest of the dam moves during the year. Because dams need to last for a long time, it is important to inspect all the beams for damage, but inspecting the inside of a dam is difficult and time-consuming, which is why it is done at planned intervals.

With drones, these inspections can be carried out more frequently and with improved documentation for the specific dam. The results of inspections with drones can then be used to update the calculation of dam safety factors by means of computer modelling. A test inspection with drones was carried out in 2019 in one of the concrete dams, which showed the great potential of the technology. 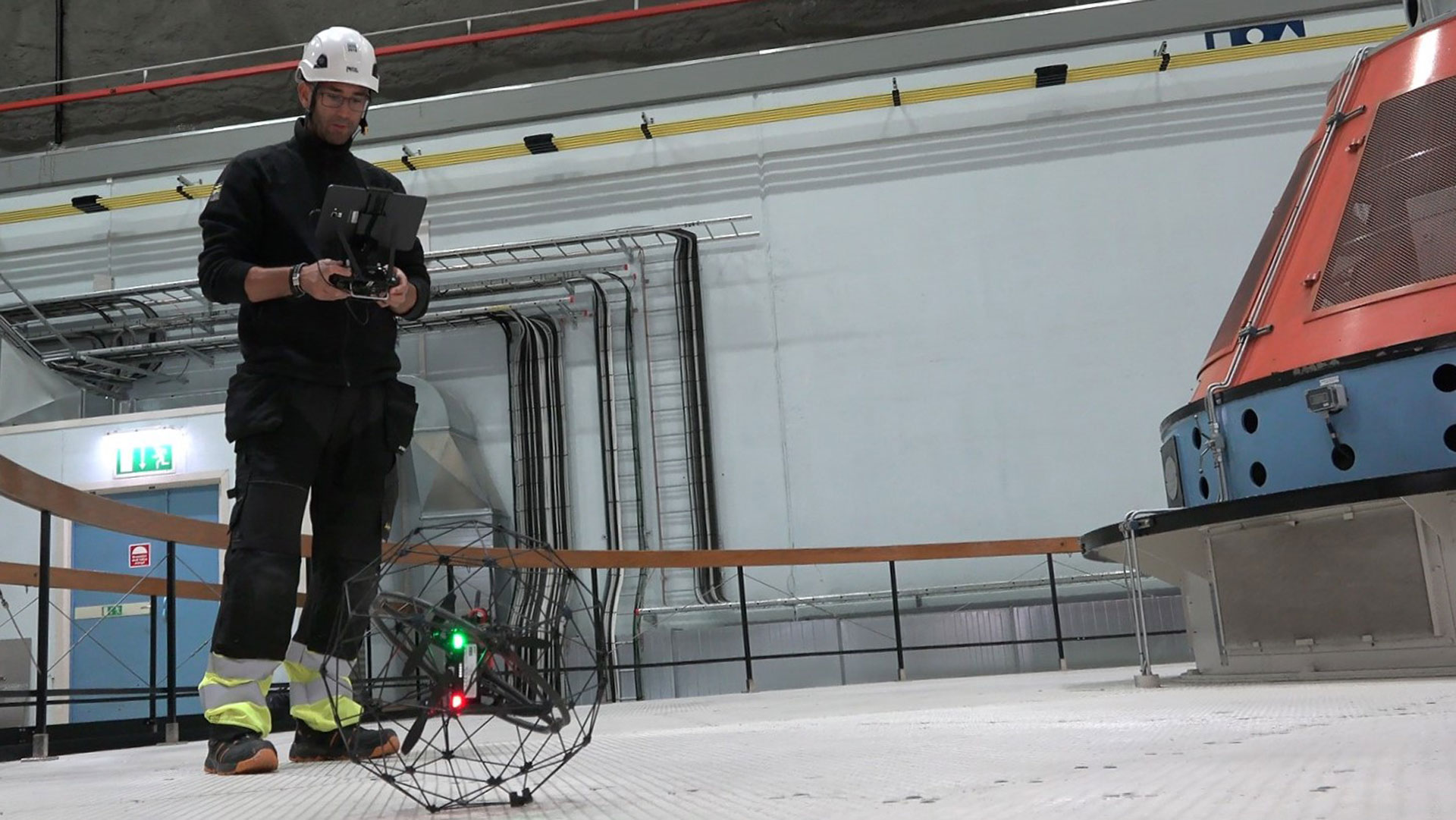 Joakim Smedlund, a drone pilot, explains the difficulties of flying inside a dam:

"The space inside a dam is extremely limited and there is a lot of obstacles in the way, such as pillars and pipes. We really had to concentrate to make sure the drones didn't collide with anything."

The drones can also give valuable information on the outside. When they hover over a hydro power reservoir, they can give an overview that would not be possible with a pair of binoculars from the embankment or dam. They can also give a quick overview of the ice situation upstream during the winter months, which is important, for example, to avoid ice ending up in the hydro power intake and causing damage that could interrupt electricity generation.

Flights inside the nuclear reactor...

Last year, a unique and successful flight with a drone was carried out in the reactor containment at Ringhals 3. Inspection of the sealing plate in the wall of the containment is not easy; the traditional method involves demanding work with a camera on a long stick. During 2020 a similar inspection will be carried out at Ringhals 4. 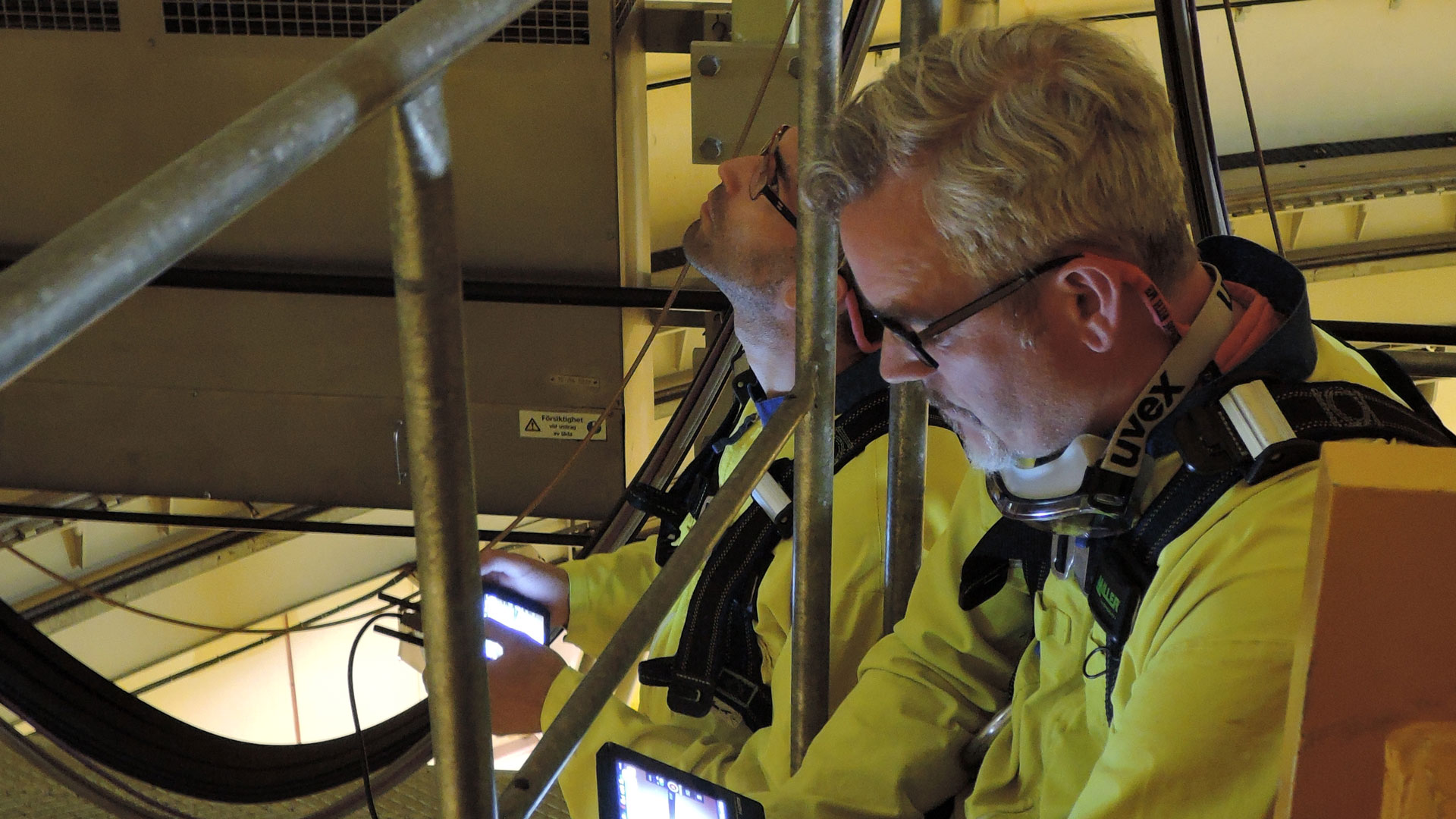 ...and in the district heating boiler

District heating boilers are usually inspected by erecting scaffolding inside the furnace so that the personnel can climb on the inside of the boiler to check for deposits, damage and air leaks. In Uppsala, a test was carried out in which a 30-metre high power-to-heat boiler was inspected from the inside with the aid of a drone. The test was a success, and the inspection of the boiler was completed in a few hours, compared to the few weeks otherwise required for a traditional inspection.

With the growing number of wind power turbines in Vattenfall, the demand for inspection of turbine blades and components of foundations will also increase. Turbine blades are usually inspected by specially trained personnel who are lowered with ropes to investigate signs of wear. There are now a number of solutions on the market where drones and AI are used for this type of inspection, which can free up time for personnel to focus on other inspections and repairs.

"Where we've tested drones, we've been able to improve both safety and quality, and the inspections have become more efficient. One thing's for certain: digital inspection technology is on the advance," says Anders Lindström.