You need to enable JavaScript to run this app.
Skip to content Go to main navigation
News Hydrogen 26 January 2017 4 min

Greater use of electricity by industry can lead to steel with almost no carbon-dioxide, “green concrete” and boost the production of non-fossil diesel. Sweden’s basic industries are now getting help from Vattenfall to make this become reality.

It all started with a method for “green” steel. In April 2016, Vattenfall, steelmaker SSAB and the mineral group LKAB presented a project designed to replace coal and fossil gas with hydrogen in the various stages of steelmaking. SSAB is one of the most carbon-lean companies in the industry, but remains Sweden’s largest single source of carbon dioxide emissions. But by using hydrogen instead of coal in the process, water vapour is formed instead of carbon dioxide, and hydrogen can be produced from water by electricity. In this way, SSAB could become the world’s first manufacturer of steel with almost no carbon-dioxide.

Steel is only the beginning, as other sectors such as cement and refineries can also reduce their climatic impact with the aid of electrified processes.

Within Vattenfall’s R&D department, Mikael Nordlander is in charge of the Future of the Energy System portfolio. Explaining the developments, he says:
“We simply started by looking at the database of the Environmental Protection Agency on Swedish industrial carbon emissions. Then we began to reflect on how we might help the most polluting sectors to replace fossil fuels and raw materials with electricity, and discovered that we had a whole lot of good ideas.”

Experts in the energy system

Steel and cement are the world’s most CO2-polluting industries. In regards to refineries, Vattenfall aims to contribute to increase their production of non-fossil diesel.

“These companies know all about their technical processes, and as we have the whole value chain from power production to distribution and the electricity market, we are experts in the energy system. We also have many specialists who can familiarise themselves with these industry processes. That’s the difference between us and pure retailers of electrical power,” says Nordlander.

There are several reasons for the industry to convert to low-emitting electricity generation. One is the increasing customer demand for sustainable products, another is the awareness that the cost of carbon emissions will increase in the future. Today the industry gets most of its emission rights free of charge.

“Increased use of electricity wouldn’t be this advantageous in all countries. In China there would hardly be any environmental benefits at all, as most of its electricity is produced by coal-fired power plants. And it would not be equally competitive in continental Europe, as electricity is more expensive there.”

But in Sweden, CO2 emissions could drop by 15 million tonnes per year. In principle, the climate target for 2030 could be reached merely by converting the steel, concrete and biodiesel sectors, and the current surplus of electricity would be reduced at the same time. In addition, hydrogen production could be used to balance the supply and demand of the electricity system.

It is not currently known how much it would cost to produce steel, concrete and non-fossil diesel with the aid of electricity, so this is a factor that must be examined.

“It remains to be seen whether green steel and cement will become economically viable. If we can sell eco-milk, then why not eco-steel and eco-concrete? In the end it’s all down to what society wants,” says Nordlander. 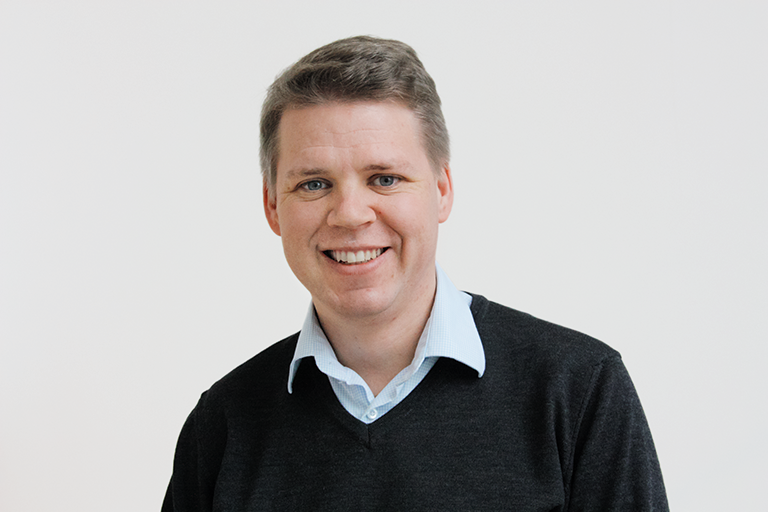 Hydrogen is produced from water by electrolysis. When two electrodes are charged underwater, hydrogen collects at the negative electrode and oxygen at the positive one. Following this, when hydrogen is burnt, it reacts with the oxygen in the air to form water again.

By heating up limestone to 900˚C, it disintegrates to form raw cement (calcium oxide) and carbon dioxide. The use of green electricity instead of fossil fuels in the furnace reduces carbon dioxide emissions by 40 per cent.

To manufacture steel, the oxygen content of the iron ore must first be reduced. That is conventionally done with coke in a blast furnace where the oxygen is converted to carbon dioxide. However, when the coal is replaced by hydrogen, the residual product is water vapour. This process is known as direct reduction.

Sustainable non-fossil diesel, with the same chemical composition and properties as fossil diesel, can be manufactured from wood using black liquor, a by-product of wood-pulp production. Black liquor contains lignin, a binding agent that remains behind when the fibres for paper production are separated out. An important part of the process to transform lignin into diesel is to use hydrogen for oxygen reduction, a process similar to that used in steelmaking, mentioned above. This would allow non-fossil diesel production to be increased many fold from current levels.

Can electrically powered heavy trucks function in 44 °C below zero in northern Sweden? Kaunis Iron is now collaborating with Vattenfall, Volvo Trucks, ABB and Wist Last & Buss in a uniqu...

Mitsubishi Heavy Industries (MHI), Shell, Vattenfall and municipal company Wärme Hamburg have signed a letter of intent to plan how they can jointly produce hydrogen from wind and solar powe...

The collaboration between Vattenfall and Swedish fuel company Preem, aimed at producing fossil-free hydrogen for biofuel production, is entering the next phase. A study is now being conducte...