You need to enable JavaScript to get the full functionality of this site.
Skip to content Go to main navigation
News Sustainability and environment 20 April 2018 2 min

Cities can offer great living environments for bees and other insects. In Berlin, Vattenfall has made several safe spots available for bee keeping at its premises. 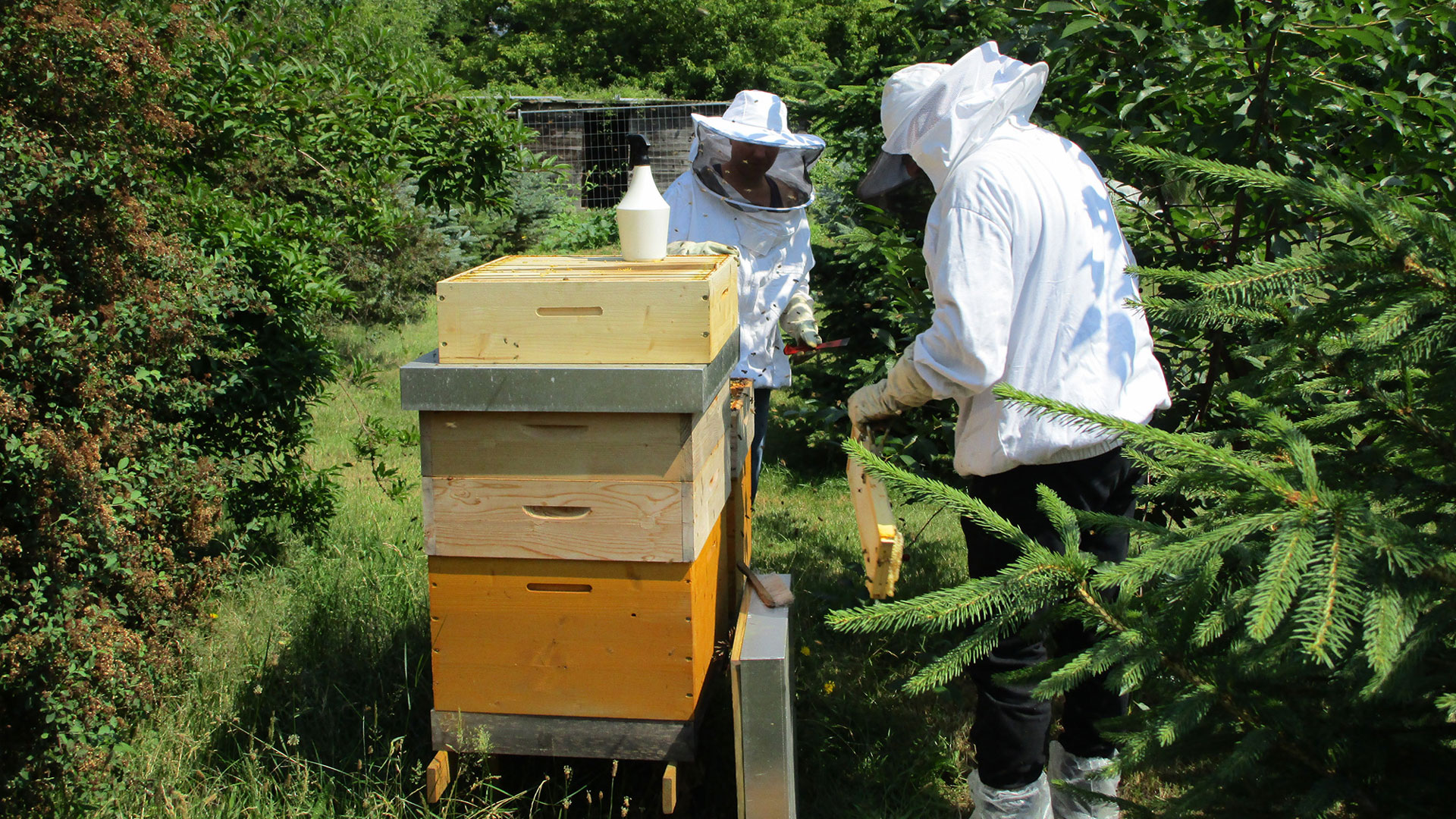 Wilfried Kuß and his daughter Anke have been keeping bees at Vattenfalls premises in Berlin since 2013.

More than 80 per cent of the plants on earth depend on pollination through bees and other pollinators. On the countryside, bees often suffer from the cultivation of only a few crop plants. A diverse flora and higher temperatures in urban areas hence provide favourable living conditions for many insects.

In Berlin, Vattenfall supports biodiversity in various ways. Today Vattenfall keeps 14 beehives at office building roofs, on powerplant sites and on transformer stations of Vattenfall’s subsidiary Stromnetz Berlin.
In addition, urban gardens have been opened on two sites in the city for local residents to grow cand harvest crops together.

Cities are good for bees

Contrary to common belief, cities provide really good living environment for the busy insects. This is due to the large variety of trees and flowers, there are no monoculture plantations and fertilizers and pesticides are used much less than on the countryside.

“Chestnuts, black locust, lime, cherry and plum trees – our power stations and substations are surrounded by an abundance of blossoming plants,” says Martina Pachaly who is the responsible person at Vattenfall in Berlin.

A problem with keeping bees in the city is sometimes the people who live there. Bees protect their colony when they feel threatened by for example playing children. This is avoided when hives are placed at fenced power plant sites.

Wilfried Kuß maintains bee hives at the Vattenfall power plant sites in Berlin Buch, Mitte and Spandau. He has been working as an hobby beekeeper for 30 years.

"It is a stroke of luck to have the chance of settling bees on power plant sites. It gives me the possibility to keep bees within the city without disturbing the people. Additionally, there is no vandalism as the sites are not freely accessible, " he says.

“Bees and other pollinators are threatened with extinction and many ecosystems are under pressure due to human activities. We as well - as an industrial company - have large impact on nature. Even though we comply with all legal requirements, we try to go beyond and create some added value for nature and society. For an energy company like Vattenfall, which operates internationally, it is easy to offer beekeepers a safe environment for their beehives. So we can contribute to and raise awareness for nature conservation in the society,” says Martina Pachaly.

"Biological diversity" means the variability among living organisms from all sources including, inter alia, terrestrial, marine and other aquatic ecosystems and the ecological complexes of which they are part; this includes diversity within species, between species and of ecosystems.

Vattenfall once again number one in biodiversity ranking

Vattenfall has once again taken first place in Ecogain’s biodiversity index.  Some of the largest companies across Europe have been assessed, with  Ecogain evaluating biodiversity ...

Ulrika Jardfelt, Senior Vice President Business Area Heat at Vattenfall comments on an open letter from a number of environmental organizations on Vattenfall’s use of biomass.

Vattenfall once again receives top marks for its sustainability performance

Vattenfall’s sustainability performance once again receives the highest rating – platinum – in the ranking from EcoVadis, a leader in sustainability assessments.