You need to enable JavaScript to get the full functionallity of this site.
Skip to content Go to main navigation
News Solar and batteries 31 August 2018 4 min

Eva Molin and Henrik Johansson live in a rolling agricultural landscape at Vallsänge in Kilafors, 250 km north of Stockholm. The farm has about 40 dairy cows and the same number of young cattle, plus about 40 sheep and lambs. With the help of solar panels on the roof of the cowshed and a large battery storage facility, their ecological way of farming has become even more sustainable.

The project is called Solbruket ('The Solar Farm'), and is yet another example of the initiatives Vattenfall is taking to develop climate-smart solutions. The purpose is to find new and better ways of making it easier to generate more green electricity. The project is being run by Vattenfall in collaboration with a number of players: the RISE Research Institutes of Sweden, Bra Miljöval ('Good Environmental Choice') and, not least, the farmers themselves. 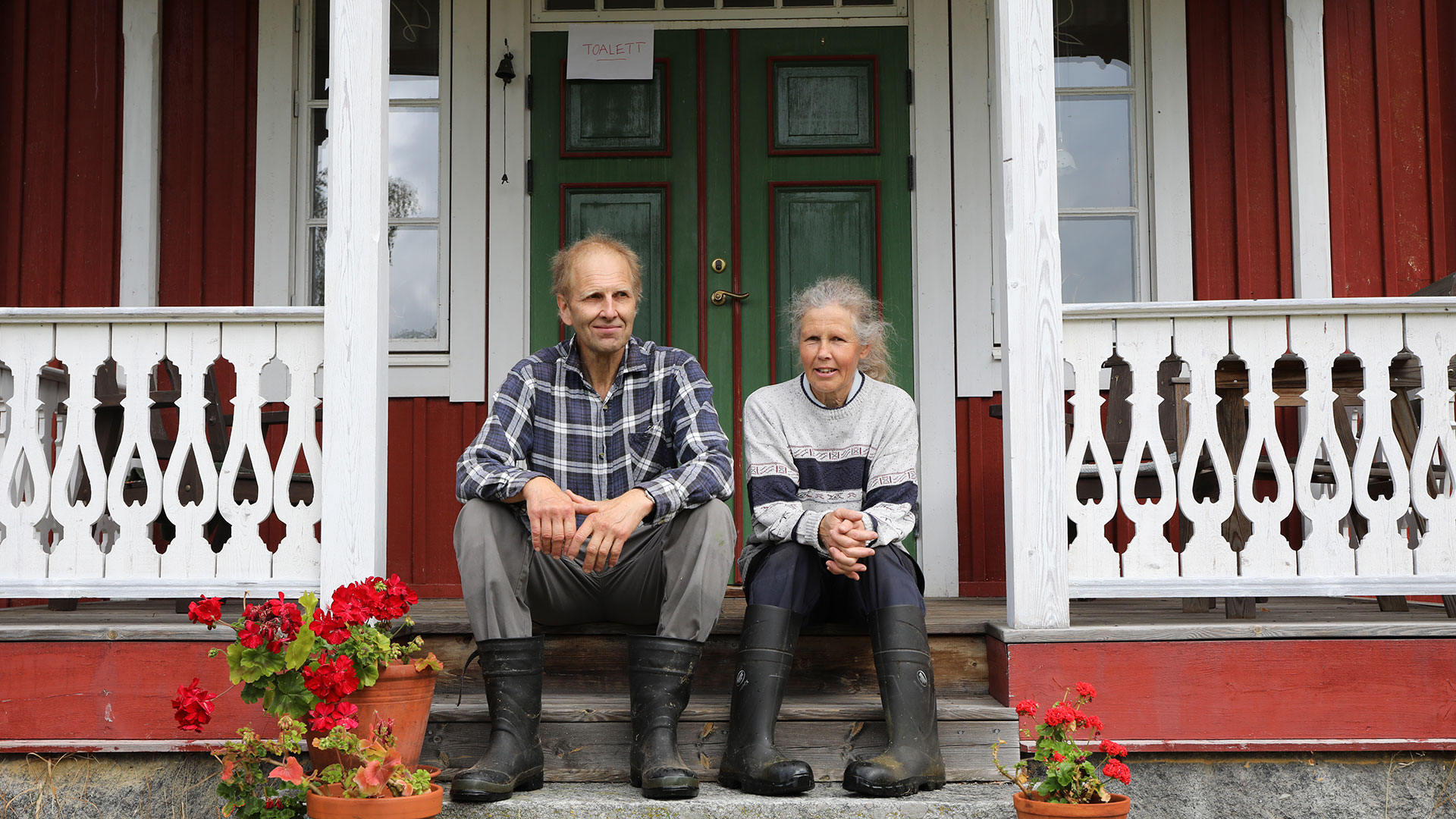 On the Solar Farm, Eva and Henrik have high expectations of the project, although now, after the extremely hot dry summer, what they would like most of all is more rain and a substantial late forage crop.

"It's good that research is being done into this type of solution, so that the development moves forward. In view of climate change, we all need to pull our socks up and speed up the transition to a sustainable society," says Eva.

Sweden's farmers have large areas of land, and could generate significant quantities of solar energy. Until now, the development of solar electricity in agriculture has not really got off the ground, partly because the economic benefits have previously not been large enough, but also because solar electricity has been seen as a relatively untried technology. There are also concerns that weak electricity grids in rural areas might have difficulty coping with a fast expansion of solar electricity. Here, batteries can help to strengthen the system and make room for more green energy from the country's agricultural sector.

"The greatest thing about the Solar Farm is that we can see that a facility like this works in practice. In fact, it's worked better than expected, even though it's a research project with a lot of uncertainties," says Vattenfall's project manager Annika Larsson, who has worked closely on the project since it started.

Milking uses a lot of electricity

The technological solution on the Solar Farm can be briefly described as a solar cell facility with battery storage and intelligent control. Because it is a dairy farm, the greatest demand for energy is in the mornings and evenings, when the 40 cows are milked. The battery storage facility can take care of these peaks and then be recharged during the day. This means that the need for large main fuses is reduced.

The solar panels, which cover 82 square meters of the cowshed's roof, generate about 10,000 kWh of electricity per year.

The three batteries have a total storage capacity of 30 kWh and can deliver an output of 10 kW. One outcome of the project so far is the assessment that, thanks to the new installation, the main fuse rating could probably be reduced from 50 till 35 A. This would correspond to a reduction of the network tariff by just over SEK 4,000 per year, besides the savings resulting from the farm being able to generate part of its electricity requirements itself. 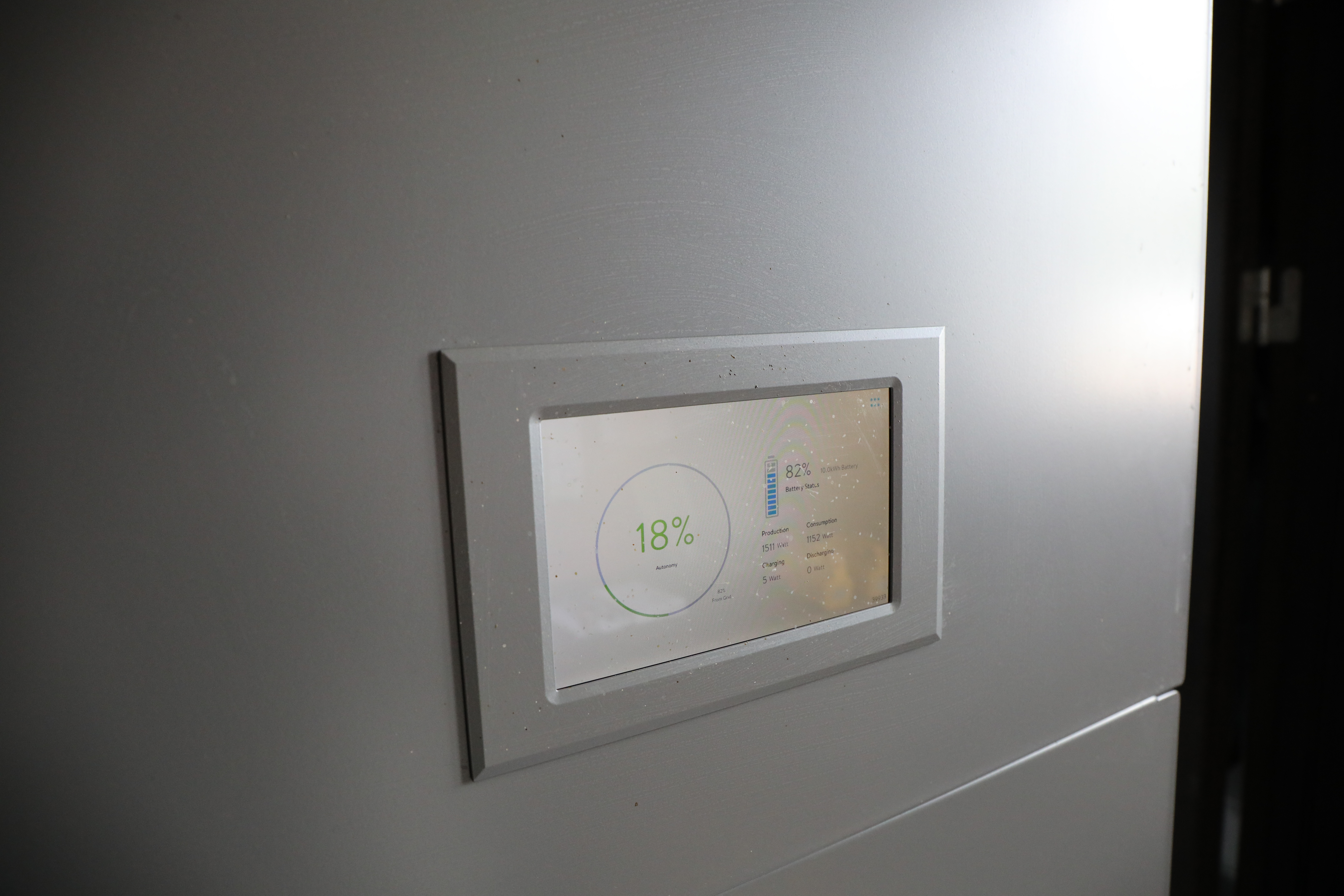 When the milking machines start in the morning, power is delivered from three powerful batteries. In this way, the power peaks can be shaved which potentially saves money.

Christian Gruffman at Vattenfall is the technical manager of the facility.

"One big challenge with the project has been to combine products from different suppliers and install a suitably sized energy storage facility in relation to the requirement. The main lesson we've learned has been to handle the integration of all the components practically, including the battery solution and the intelligent control of the system," he says.

Already profitable within a few years

Magnus Berg at Vattenfall's research and development department is ultimately responsible for the project. He emphasises how important it is to carry out this type of practical project:

"It's simple in theory, but it's only when we try it out in practice that we can find out how the system works in reality. That's the great benefit of working with Eva and Henrik in the Solar Farm project. Commercially speaking, this type of solution will probably be a profitable alternative within two to three years, depending on how the price of battery technology develops and changes in the regulatory framework. If we'd had the same regulatory system as in Germany, it would already have been profitable today," says Berg.

Decarbonisation through electrification – a comprehensive overview

Although climate change is one of the biggest challenges of our time, it holds immense opportunities for creative and innovative solutions. Vattenfall has a unique position to seize these op...

Vattenfall is teaming up with the Vattenfall Solar Team again this year to try and win the World Solar Challenge title. After this race – which is set to take place in Australia in October –...

In the Netherlands construction company Heijmans uses GreenBattery instead of diesel generators on its way to a CO2-free building environment.