You need to enable JavaScript to get the full functionality of this site.
Skip to content Go to main navigation
News History 21 September 2022 6 min

After more than 100 years: Electric cars are on the rise again

No fumes, noise or ugly petrol stations, but quiet, clean cars powered by renewable energy instead of fossil fuels. Perhaps this seems like an image from a future to be, but we have already been there. Over a century ago it was electric engines that replaced the horse carriages. Electric mobility is not being invented in the twenty-first century; it is being resurged.

The history of the automobile is characterised by exhaust pipes, petrol pumps and diesel fumes. For most of the twentieth century, electric mobility was not on the radar. The current trend towards electric mobility appears to be unprecedented; but history tells a different story. A story we have collectively forgotten as a result of the prevalence of fossil fuels in the twentieth century.

Already in 1881, five years before Carl Benz patented the first car with an internal combustion engine, French inventor and engineer Gustave Trouvé unveiled his first electric vehicle. It did twelve kilometres per hour, but faster models followed shortly after. In 1889, a battery-powered race car was the world's first vehicle to exceed 100 kilometres per hour. The electric car was set to change the world of mobility.

At the turn of the twentieth century, there were more than 60,000 battery-powered cars in the United States alone. While horses were still the most popular form of transport, electric cars quickly grew in popularity. So much so that at the beginning of World War I they were preferred over petrol- or steam-powered vehicles. Fire brigades, mail deliverers and townsfolk, they all drove electric. The German Kaiser Wilhelm II even had several electric cars in his carpark. He preferred it to what he called "stinky petrol cars”.

The electric cars had a range of eighty kilometres on a full battery, were quiet, moved smoothly and the engine did not need to be wound up to start. Several models had electric interior lighting, headlights and even underfloor heating. Petrol cars on the other hand took a lot of effort to drive, needed to be started with a manual crank and produced an abundance of noise and fumes. In the early days of the twentieth century, electricity seemed to shape the future.

So why did we ever move away from electric mobility? Ironically, an electric invention helped end the supremacy of electric vehicles. In 1911, the American inventor Charles Kettering, who also developed early versions of the cruise missile and the electric cash register, devised an electric ignition system for vehicles. As a result, petrol engines started without a crank and could hit the road just as easily and quickly as their electric competitors.

Higher speeds, low oil prices and a clever marketing campaign for petrol-powered vehicles, led to a drastic decline in the development of electric passenger cars after 1920. With every year passing, the world became more and more accustomed to a fossil-fuelled society. It was not long until electric motors were only found in golf carts and forklift trucks.

The growth in prosperity after the Second World War led to an increase in passenger cars. Soon every household was able to afford a car. And the thought of their new vehicle being electric did not even cross their mind. Decades of research and development into combustion engines made the electric car an object only found in dystopian comic books and movies.

But then the dominance of the combustion engine began to show cracks. The oil crisis in the 1970s and growing environmental awareness due to the climate crisis led to a resurged interest in electric driving. Developments moved fast after the introduction of the hybrid car around the turn of the millennium. From this point on, research and development budgets went towards electric cars. It was the beginning of the end for the fossil-fuelled car.

While the total share of electric cars in Europe is still in single digits, this is changing rapidly. In a few European countries more electric cars are already being sold than fossil-fuelled ones. What happened a hundred years ago to electric cars is now repeating itself in the opposite direction.

It is remarkable how our frequent use of the combustion engine has made us accustomed to fossil fuels. The Vattenfall Museum of Fossil Fuels displays the transition we have made towards electric driving and how this impacts our perception of fumes, coal, and petrol. Fossil fuels are quickly becoming an archaic notion that belong in a museum.

The short history of the automobile is a perfect example of humankind, much like electricity, taking the path of least resistance. One small invention: the electric ignition changed the course history completely by making combustion engines the vehicle of least resistance. If the thought leaders of the 1920s could have observed the world of today, they would undoubtedly have put their money elsewhere.

Sometimes this path of least resistance disguises itself as the right one, while in retrospect it turns out to be misguided.

Whilst nobody can predict what the future has in store for us, the past century taught us to keep an open mind. Combine this with the rapid technological developments and you can only conclude: the future is electrifying!

In 1900, almost half of the power supply in Berlin was used for trams and at the same time the first electric cars were introduced.

Bewag (that was merged in to Vattenfall in 2002) operated a range of different electric vehicles during the 1900s. See three examples in the photos. 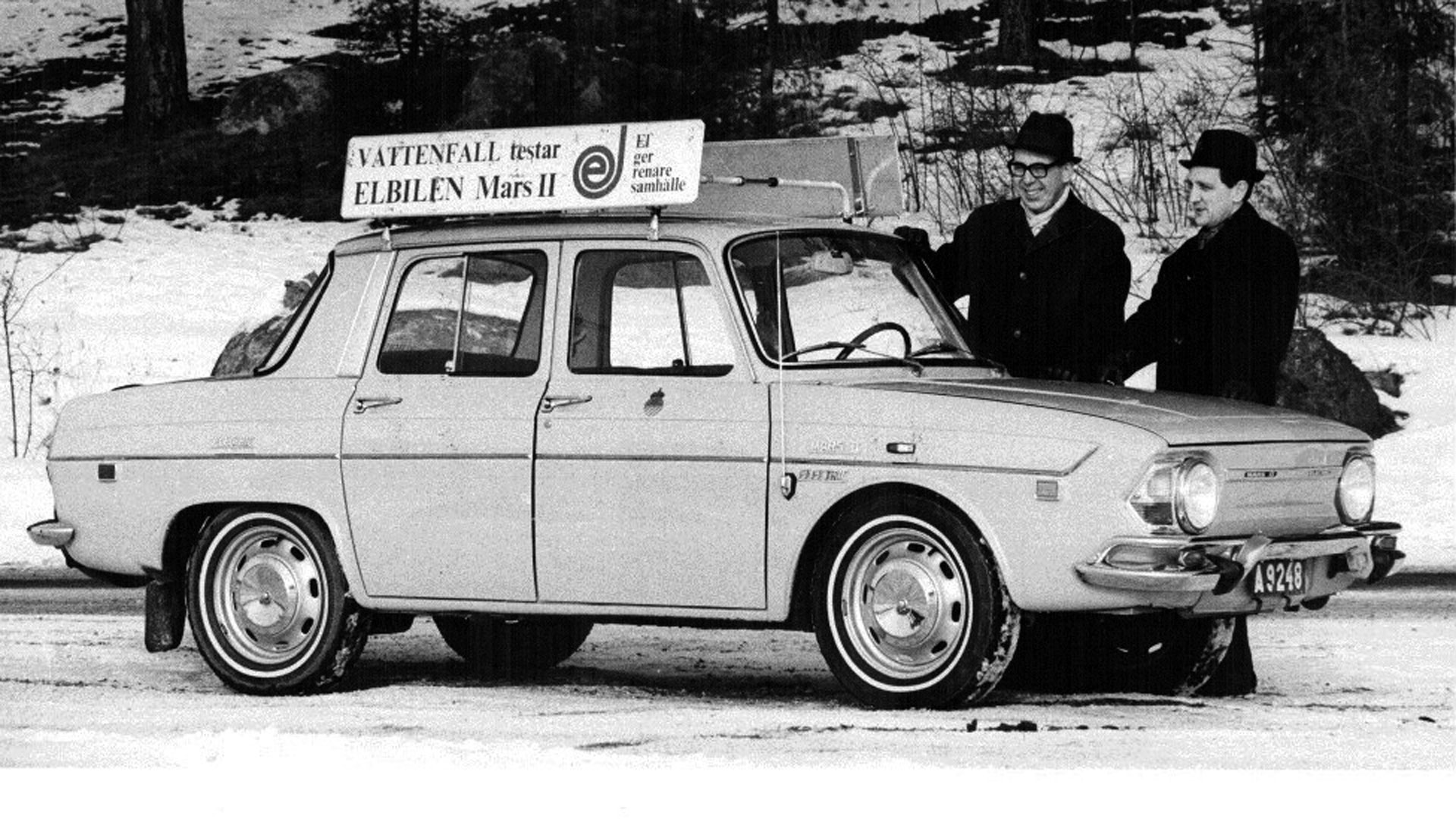 Europe’s only Mars II Electric was bought by Vattenfall as a pilot project from USA in 1968 and sold to a private owner some 10 years later. It is a Renault 10 that was converted to electric driving with twenty 41 kg lead-cobalt batteries offering a total of 120 Volt and 15 hp, a total weight of 1950, a maximum speed of 100 km/h, a range of almost 200 km and already then the possibility of fast charging to 80 per cent in 45 min.

Vattenfall has entered into a cooperation with the motoring magazine Klassiker to renovate the car and make it fit for today’s roads.

In 2009, Vattenfall and Volvo entered into a partnership to produce the world´s first diesel plug-in hybrid car, the V60 model, that was presented at the Geneva Auto Salon in March 2012. Vattenfall contributed with knowledge of electrification and Volvo provided valuable industrial knowledge.

It was estimated to sell 175 000 cars, but all expectations were exceeded and close to 275 000 Volvo cars were sold with the plug-in technology. In December 2020, the joint venture was dissolved, and the companies can look back on a successful cooperation that in many ways paved the way for modern electric vehicles. 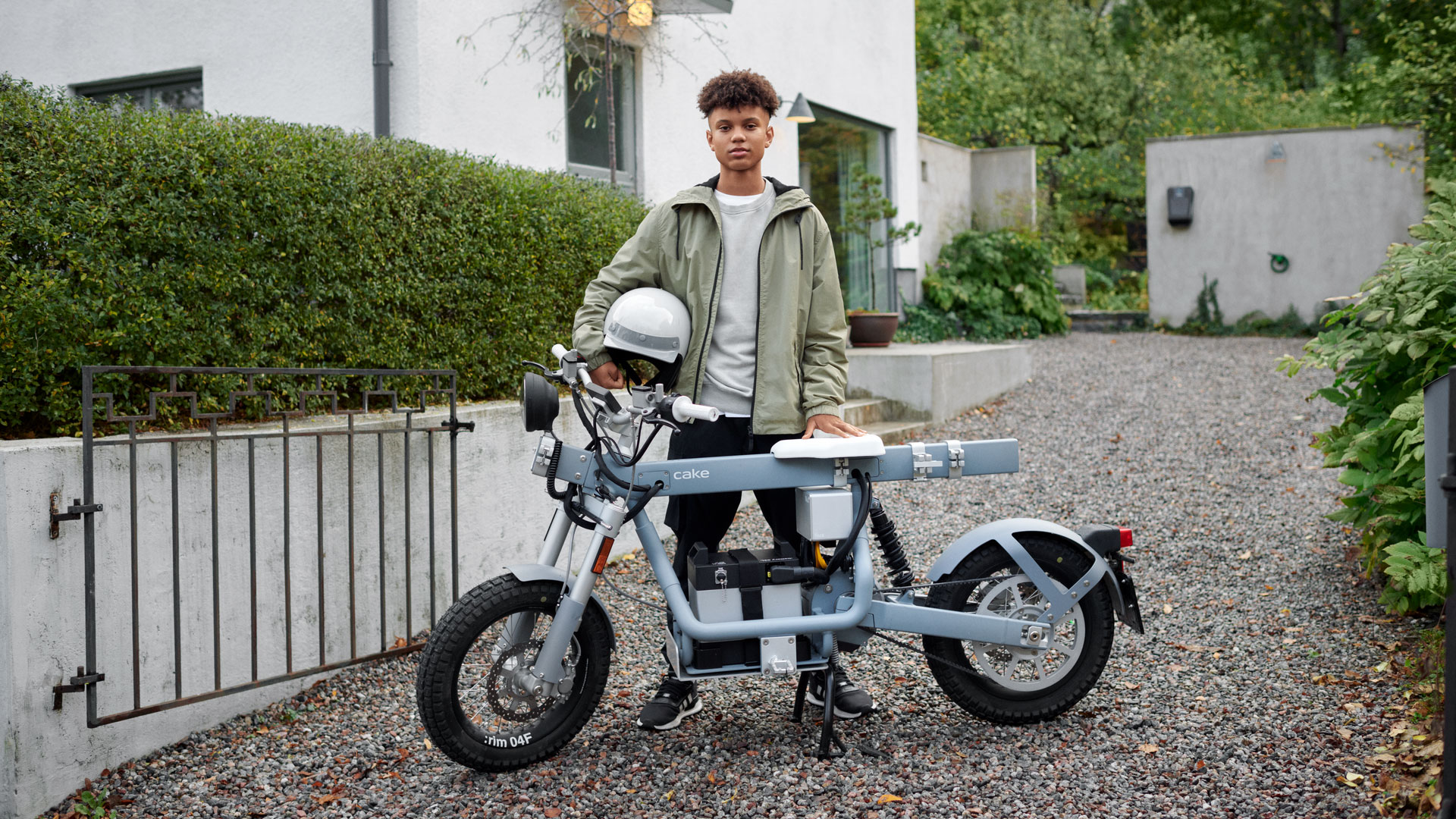 Vattenfall and the Swedish manufacturer of electric motorbikes CAKE work together to share expertise and know-how in their respective fields of competence. The aim is to develop the first fossil-free electric motorcycle.

The collaboration combines cross-scientific competences between Vattenfall and CAKE, as well as specialists from outside, on the journey towards the fossil-free motorcycle that should be ready for series production in 2025.

Read more about the collaboration here