You need to enable JavaScript to get the full functionality of this site.
Skip to content Go to main navigation
News Power markets 22 April 2022 2 min

Focus on energy issues in Europe

In the wake of the Ukraine war, the issues of price and sufficient access to energy are main topics of the European cooperation. At the end of March, Vattenfall’s CEO Anna Borg has discussed the energy issue with President of the European Commission, Ursula von der Leyen. 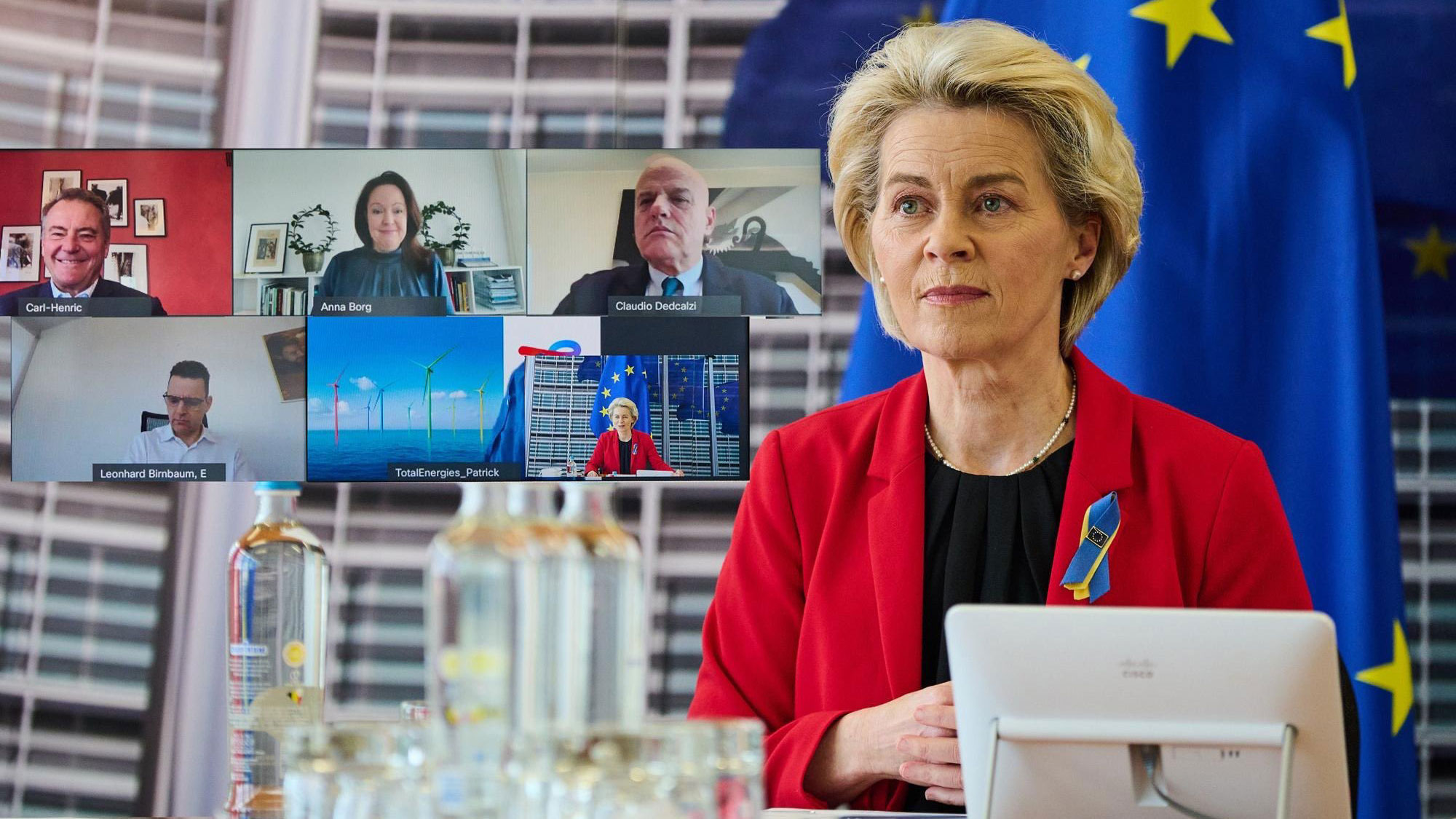 Russia’s invasion of Ukraine has resulted in historically high energy prices for gas, oil and electricity. Today, Europe is largely dependent on fossil fuels, not least Russian natural gas, and there are concerns about how energy needs can be secured in the long term.

Against this background, major work is under way at all levels, both nationally and at the EU level, to find short- and long-term solutions.

At the end of March, Anna Borg and five other CEOs of Europe’s largest energy companies attended two meetings with Ursula von der Leyen, President of the European Commission. Von der Leyen emphasised the two main short-term challenges that Europe needs to resolve: to secure energy supply that is less dependent on Russian gas and to manage increased energy prices for European consumers. The clear conclusion is that the transition to a fossil-free Europe needs to be accelerated.

"Europe can reduce its dependence on Russian gas in three ways. One pertains to supply - finding gas from other countries, for example in the form of LNG from the US. The second is about changing the demand for gas, for example through energy efficiency improvements and transitioning to other alternatives such as electrification and district heating. The third is to accelerate local production of fossil-free alternatives, such as wind power.

Also discussed at the meetings were the consequences of measures such as changing the market model, now being discussed in certain countries.

"The high energy prices put stress on European citizens and there is a great need to address this. But when governments support vulnerable consumers, we urge them to do so in a way that avoids interfering with market pricing, as this distorts price signals and confidence in the market at a time when we need to be investing in new fossil-free capacity to meet the climate challenge," said Anna Borg.

Vattenfall believes that tax or fee reduction or compensating consumers directly are better alternatives to addressing these challenges than price intervention or new market design.

"Vattenfall's contribution to Europe should be to invest in fossil-free energy generation and distribution networks, and to work together with suppliers and customers to assist them in completing the transition as soon as possible. To achieve this, we need a stable market framework that enables us to make the necessary investment decisions. We understand the challenges facing Europe and are committed to helping reduce dependence on fossil fuels. In the medium to long term, we believe this can be achieved through the European Green Deal."

In her speech at US President Joe Biden's climate summit, Vattenfall's CEO Anna Borg called the price of CO2 emissions the single most effective tool for achieving climate targets. Here is t...