Vattenfall is one of the signatories to the Equal by 30 initiative at Clean Energy Week.

Last week Nordic Clean Energy Week was held in Malmö and Copenhagen, with ministers from all over the world meeting representatives for organisations and industry, including Vattenfall.

The Equal by 30 initiative, a campaign to promote gender equality within the energy industry, was launched during the event. Both government representatives and companies participated at the event, and they undertook to work according to the principles of equal pay, equal leadership and equal opportunities for women by 2030. 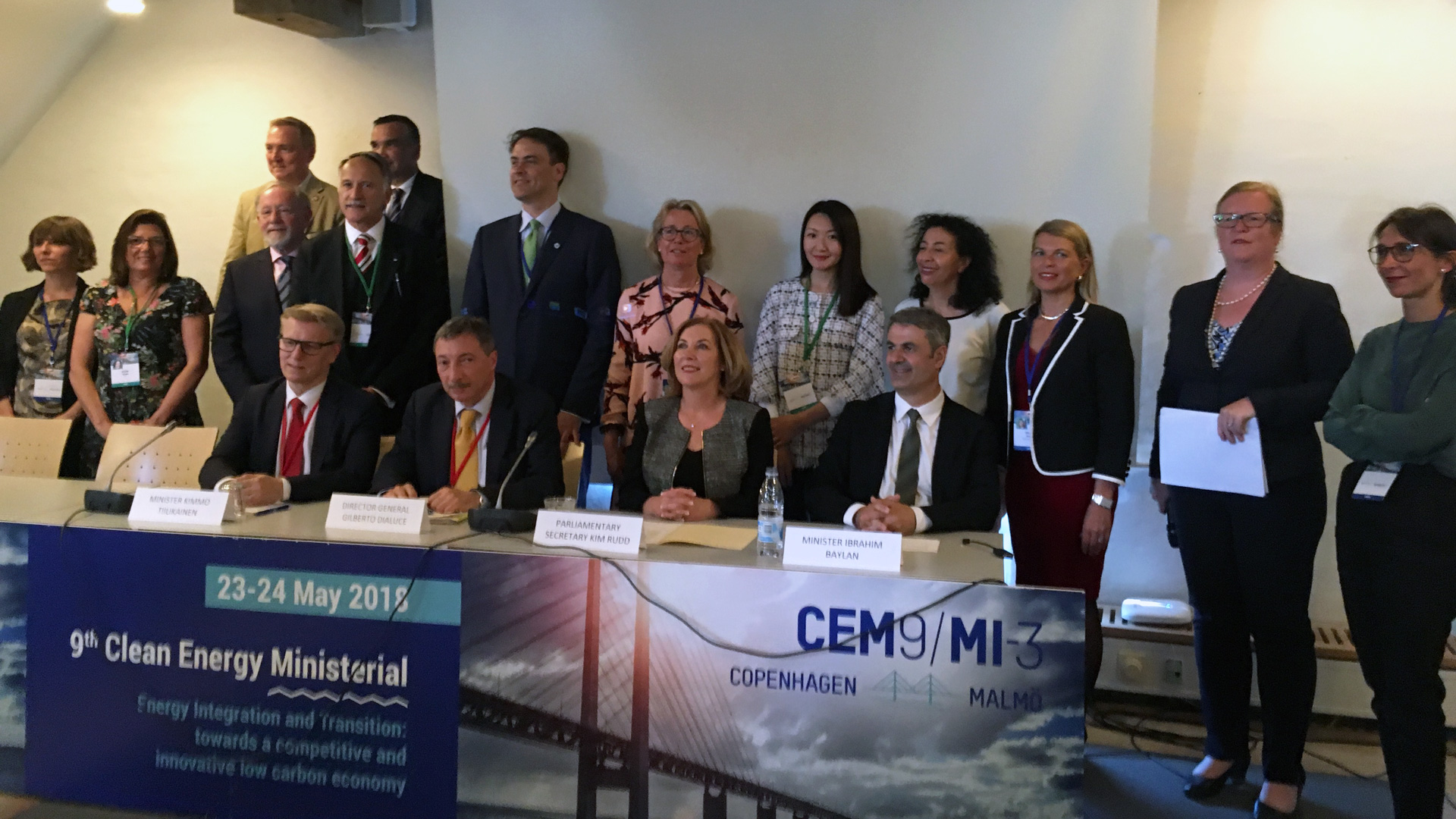 The Finnish, Italian, Canadian and Swedish governments were represented at the signing of Equal by 30. Vattenfall's Annika Viklund is standing third from the right.

Equal by 30 is run by the energy sector's global equality collaboration C3E (Clean Energy Education and Empowerment), initiated by Sweden, Canada and Italy and linked to the International Energy Agency, IEA. The initiative is based on the UN's global objectives to promote gender equality and increase the empowerment of all women and girls.

Vattenfall was represented by Annika Viklund, Head of BA Distribution, who is also Swedish C3E ambassador:

"It feels good to once again see that the power companies genuinely want to pursue the issues of equality and diversity. Through Equal by 30, private and public power companies are undertaking to proactively work for equal opportunities for men and women. In this context we have already made some progress at Vattenfall through our work within Diversity & Inclusion," says Viklund.

Twenty companies and four countries were among the signatories of Equal by 30, the International Energy Agency's (IEA) initiative to promote equality in the energy sector.

Vattenfall is already targeting gender equality issues in other ways, including through the Executive Group Management having had clear objectives for some time to increase the proportion of female managers. Since 2015 a dedicated Diversity & Inclusion Officer has been appointed from among the members of the Executive Group Management. The role is currently held by Tuomo Hatakka, Head of BA Heat.

In total there are 20 companies among the signatories with a link to the energy industry, including Fortum and E.ON, as well as four countries with state-owned power companies: Finland, Canada, Italy and Sweden:

"Diversity and gender equality create conditions for new thinking and innovation, and should be part of the core activities in every organisation. This is not the case today and we want to change this with Equal by 2030. Both women's and men's skills are needed in the energy transition," said Ibrahim Baylan, Sweden's Minister for Policy Coordination and Energy.

Vattenfall's CEO Magnus Hall also participated at Clean Energy Week in a round-table discussion on industry's responsibility and opportunities to be a leader in the use of renewable energy. In addition, Vattenfall arranged a seminar on the HYBRIT project to produce fossil-free steel.

“Renewable hydrogen will help our customers to become fossil free”