Even when the sun doesn't shine, Vattenfall's solar car still covers the kilometres

On 22 September, the Sasol Solar Challenge got underway in South Africa. This international competition for solar cars has a unique aim: to travel as many kilometres as possible powered only by the sun. 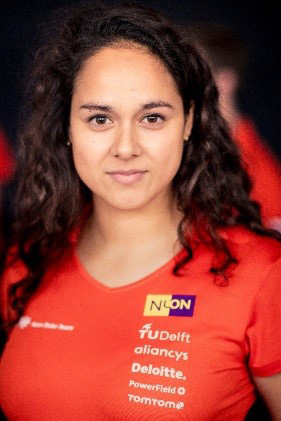 About the Sasol Solar Challenge

The Nuna9S will be competing in the Sasol Solar Challenge in South Africa from 22 to 29 September. Vattenfall and Nuon are the main sponsors of the Nuon Solar Team.

The cars taking part must use solar energy alone to reach the finish. The winner is the team who clocks up the most miles. The team can add to the kilometres already travelled by making additional circuits of 50 to 150 kilometres at the end of the various stages.

All 14 participating teams from various countries are expected to travel more than 30,000 kilometres using only the power of the sun.

Using their technical knowledge and creativity, the Nuon Solar Team developed and built the world's smartest solar car in the Nuna9S. After a year of intensive preparations, the time had come: the car would quickly be put to the test during the race. What do you do if there's no sun? How are you going to negotiate the changing landscape of mountains and deserts? And what is the Nuna9S' secret weapon? We asked Rintati Roza (22), the Nuon Solar Team's first female technical manager.

Why is the role of technical manager so important during the race?

"The technical manager oversees everything to do with the solar car. Nothing is allowed to get in the way of driving an optimal race. The competition demands smart technology, good drivers and a team that manages the energy, the weather and the routes to be travelled well. As race manager, I maintain an overview of the various tasks within the team and I take decisions in unexpected situations. Minutes can make the difference during the race. Should there be a disaster, it is essential that chaos does not reign supreme and that everyone knows who must be informed. Imagine, for example, that part of a solar panel goes wrong. What do you do? You can do nothing, or try to repair the fault during a mandatory stop. In such a situation all the necessary information is passed onto the technical manager so they can make the correct decisions." 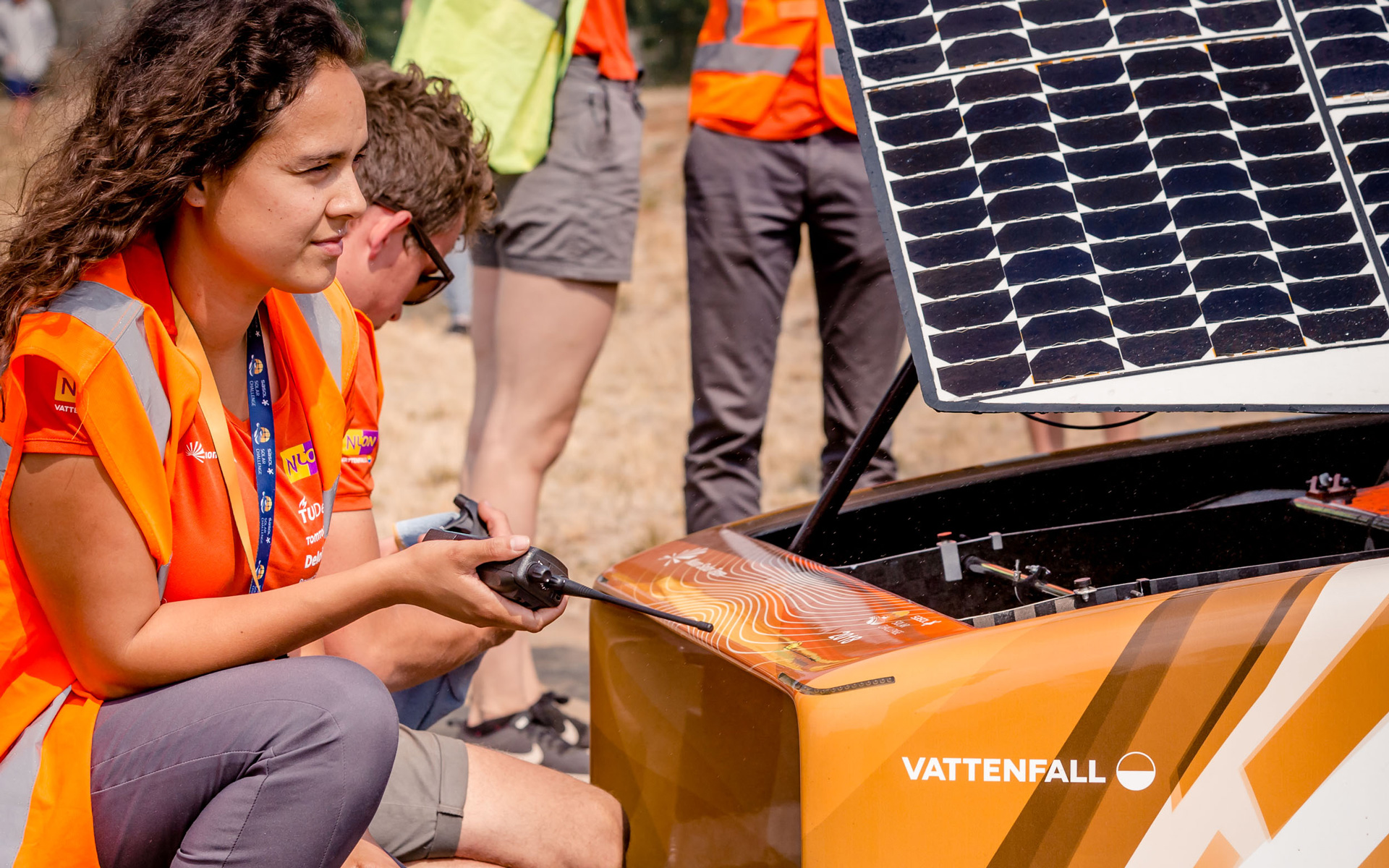 Nothing changes more than the weather. How do you deal with this uncertain factor during the race?

"How far you travel during the race is entirely dependent on the weather. If it's really sunny, we obviously drive faster. We collect weather data in two ways: via the 24/7 live weather data and weather forecasts from the Dutch weather platform Weerplaza, and by measuring the wind and intensity of the sun ourselves from our weather car and via mission control. By combining all our data, we can predict the how much energy we will get and need during the day. Here, we must take several scenarios into account. If cloud cover, for example, comes in quicker than expected, this has an effect on the amount of energy the car receives. Taking all scenarios together, we determine a strategy and a target speed. Furthermore, we also look ahead and take into account the weather for the next few days."

What do you do if there's no sun at all? Can you still drive the car?

"We can travel around 450 kilometres on a fully charged battery. If the sun doesn't shine, we must therefore use more of the energy stored in the battery. However, it is not the case that when it's cloudy, the car stops collecting energy. Depending on the density of the cloud cover, the car still takes in at least 10% of the energy it would under a completely blue sky. Better still, the best conditions for solar panels to collect energy are gaps in cloud cover. Thanks to reflections off the clouds, the car collects more energy under clouds than under a clear blue sky. If there is cloud cover, we adapt our strategy accordingly. As such, we'll drive quicker under the clouds and somewhat slower in the gaps between the cloud cover." 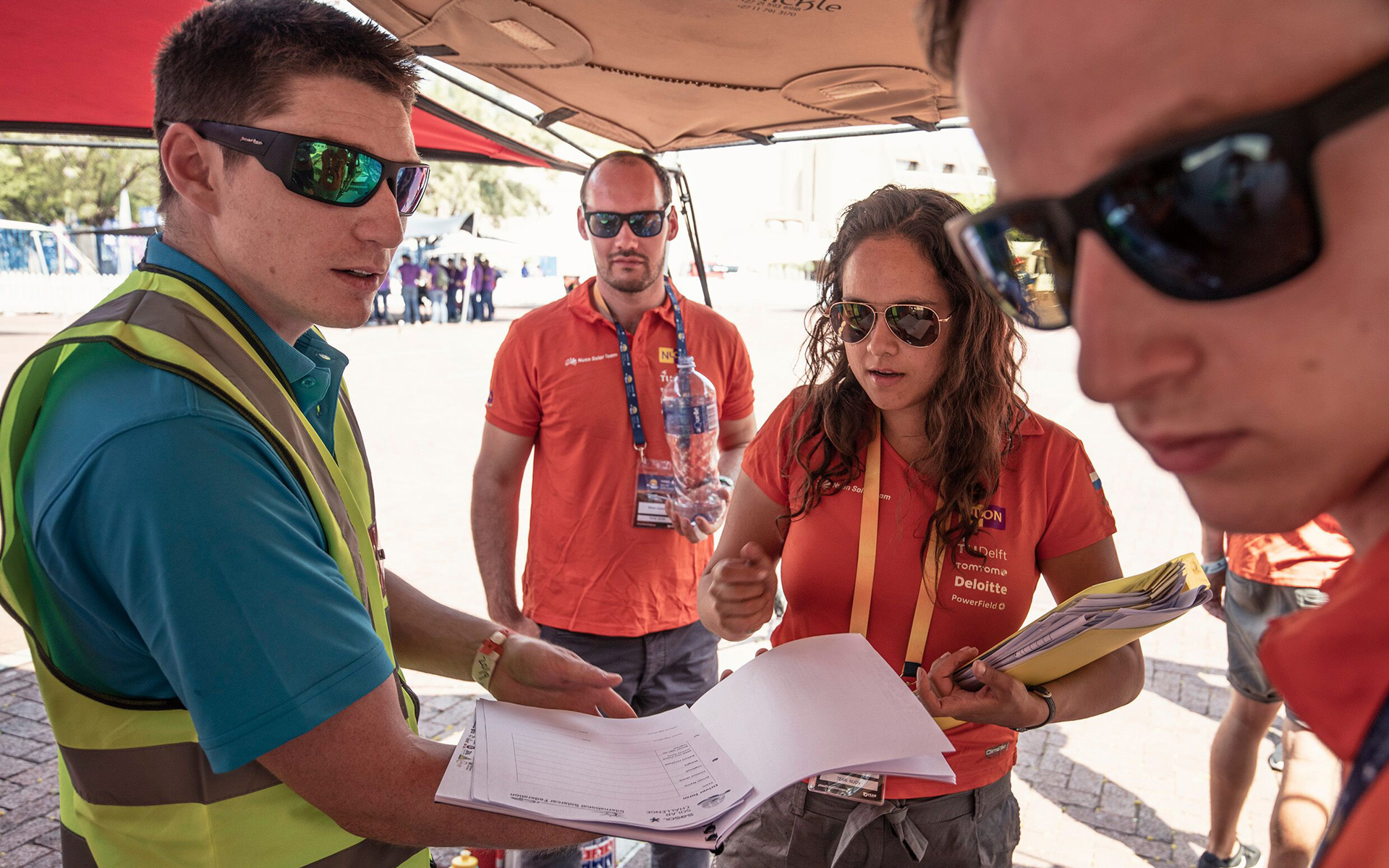 How tricky is it to drive through the changing South African landscape of mountains and deserts?

"This was naturally a huge challenge. We prepared both ourselves and the car well. This year, we are driving on a dual-coil motor, which can switch between more speed on flat surfaces and more power on hilly terrain. What's more, we have researched how you can drive as efficiently as possible at different heights. Our hill optimisation system calculates the optimal speed using route data from TomTom. Our team scouted the whole route in advance during the trip over and the drivers have already driven in different weather conditions. We therefore have a good idea of which situations we can expect."

The Nuna9S has a secret weapon. What is this exactly?

"The Nuna9S is the world's first smart solar car. It is able to adapt to its environment, making it possible to maximise its energy efficiency. This year, we developed the innovative Intelligent Cruise Control. With a built-in radar in the car's nose and route data entered in advance, the car can recognise animals, mountains and cars, among other things, and adapt its speed to suit. Energy is generated when the brakes are applied. This year, as the Nuon Solar Team we wanted to go the extra mile and show how innovations can be implemented in a sustainable manner. In doing so we are supporting society as a whole and we hope to inspire even more people!"