You need to enable JavaScript to run this app.
Skip to content Go to main navigation
Press release 2018-03-02 08:00
#solarpower #fossilfree 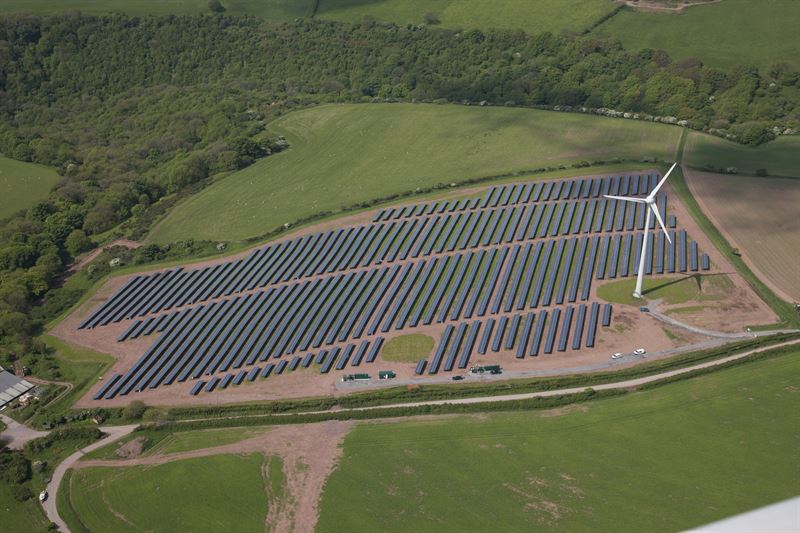 “Solar power is an important supplement to wind power as a renewable source of energy. We are now increasing the investment budget for solar power to satisfy our customers’ increased interest and demand. From electricity consumers, who can obtain electricity from our future solar farms, but also from potential customers, who want to both consume and generate electricity from solar power,” says Magnus Hall, Vattenfall's President and CEO.

There are two main areas for Vattenfall’s investments in solar power:

Vattenfall has recently taken the investment decision for three large-scale solar power installations at its existing plants in Velsen, Hemweg and Eemshaven (the Netherlands). The total capacity for these projects amounts to 10.5 MW. More Vattenfall investments in the Netherlands are planned for this year, including Haringvliet solar farm for which subsidy was confirmed last month. This solar farm will have a capacity of approximately 40 MW and will include over 130,000 solar panels, which equals the renewable electricity demand of over 11,000 Dutch households. The solar farm will be combined with Haringvliet wind farm, which includes 6 turbines. For this combined renewable production park, construction is currently being prepared.

Vattenfall already has a solar farm at the Parc Cynog wind farm in Wales, inaugurated in 2016, with a total output of 5 megawatts (MW), enough to supply 1,440 homes in Wales with household electricity.

Vattenfall has applied for permits for several other solar farms which will be combined with wind farms. The combination of the two brings several synergies, like combined grid use and the benefits of good relations with the authorities, land owners and other stakeholders. Vattenfall is looking into upcoming possibilities for large-scale solar in other countries, for example the next auction rounds in Germany.

In the decentral solar sector Vattenfall has started offerings in several markets. In Sweden, solar PV is offered within services such as InHouse for companies and tenant-owner housing associations. A leasing model for B2B customers is offered in Germany and Netherlands. Moreover, Vattenfall is offering roof-top solar for housing societies and tenants in the so-called Mieterstrom concept in Germany.

Vattenfall is a Swedish, state owned, energy company with more than 20,000 employees with operations in Sweden, Germany, the Netherlands, Denmark, UK and Finland. Vattenfall supports the transition to a renewable energy system and has the objective to become leading in sustainable energy production and thereby secure a reliable and cost effective energy supply.