You need to enable JavaScript to get the full functionality of this site.
Skip to content Go to main navigation
News Environment 23 May 2018 6 min

In order to draw attention to and raise awareness of the importance that nature and the great variety of species have for human beings, the UN has proclaimed 22 May as the International Day for Biological Diversity. This is the 25th year in succession that the day has been held, and it is being observed in Sweden through a large range of inspirational activities in forests and fields throughout the country. 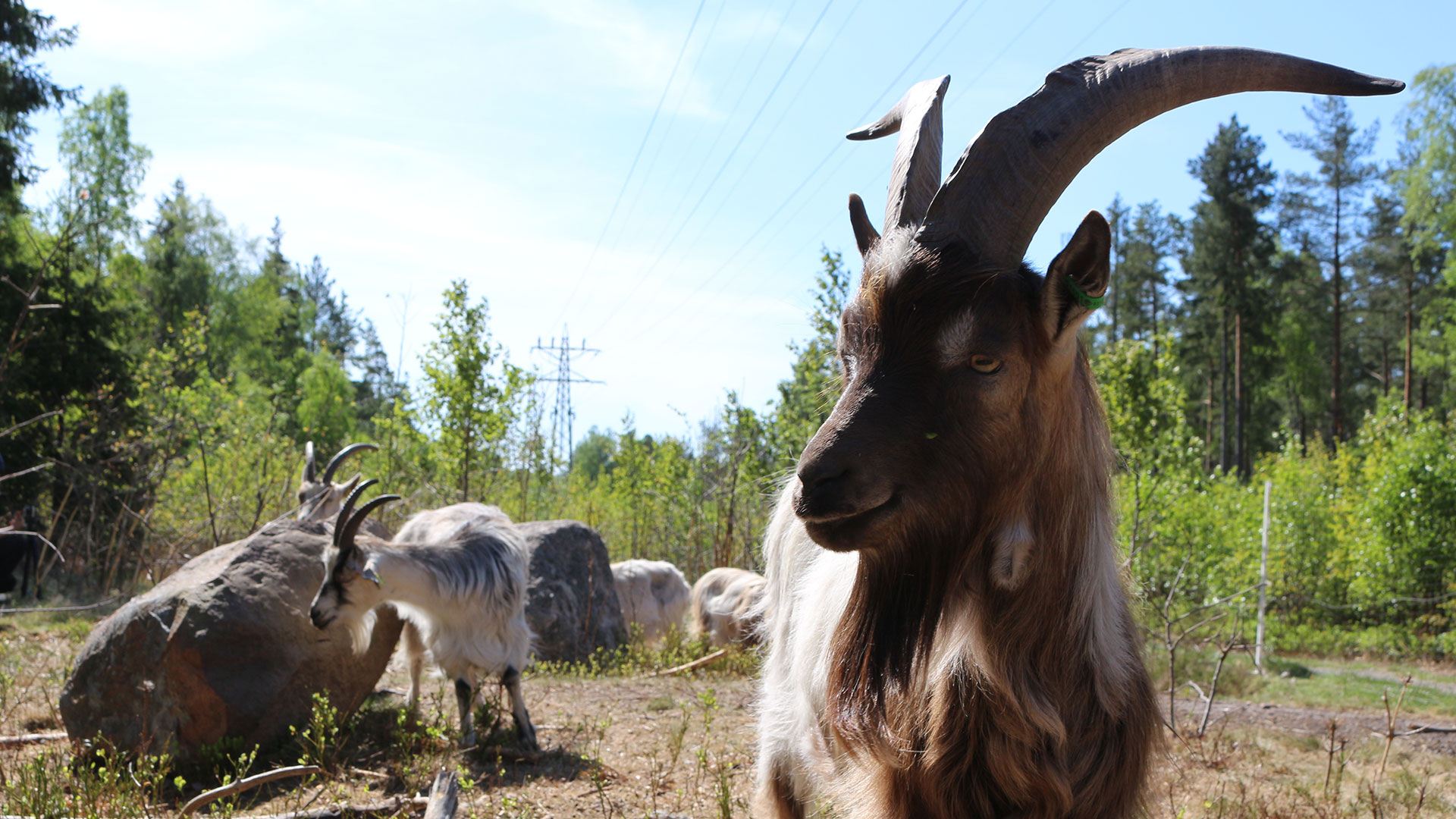 Vattenfall R&D and Eldistribution are investigating the possibilities of a project using goats to naturally thin out vegetation beneath the power line corridors in order to prevent brushwood from growing up and shading out solar heat and light from the ground. The picture was taken on Lidingö in Stockholm.

The Earth's biological resources are absolutely crucial for economic and social development, however despite being aware that sustainable ecosystems are vital for our survival, our impact on those ecosystems has never been greater. Today species are diminishing at a far higher rate than is natural, and for that reason it is important that we manage and protect the Earth's biological resources properly.

However, generating and distributing energy affects nature in various ways. It is therefore important for Vattenfall to ensure that we create climate benefit at the same time as the impact on species and their habitats can be avoided and minimised. Vattenfall have been working proactively on these issues for a long time and have developed a great deal of knowledge and experience in the field. Here are some examples of how Vattenfall engages with biodiversity.

Biodiversity is moving into our sites

The environment is constantly changing and unexpected synergies sometimes occur. Vattenfall have several examples where our sites and areas of operation have become new habitats for, for example, protected species. One example is the marsh fritillary butterfly, which has been found along the many miles of power line corridors in Östanån and Flät in Uppsala county. The marsh fritillary is a species that has been adversely affected by factors including drainage, removal of pastureland and planting of wetlands. Both Östanån and Flät have been designated Natura 2000 areas due to the marsh fritillary butterfly, which is protected according to the EU's habitat directive, and the high level of biological diversity. 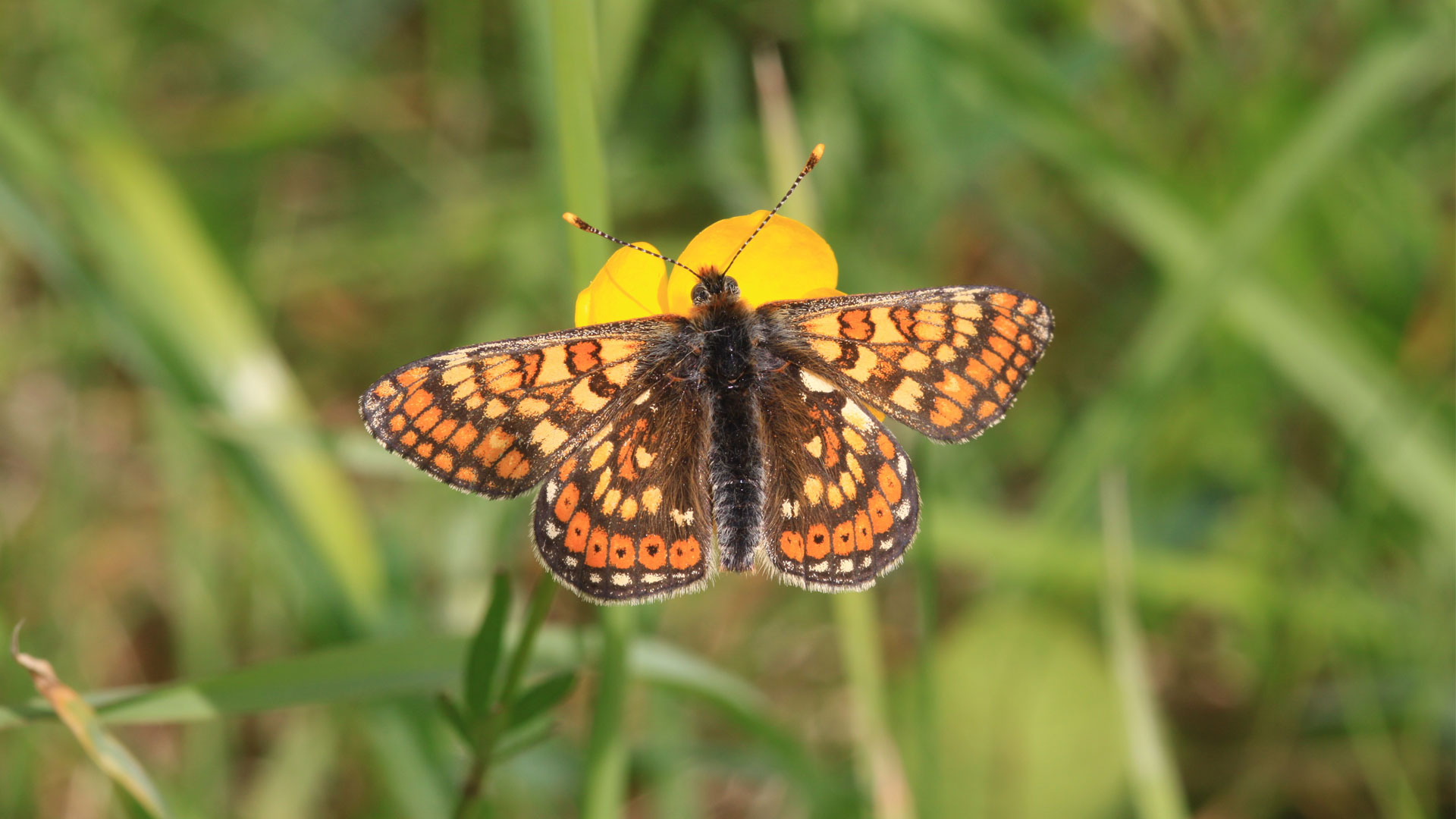 The marsh fritillary, which is also red-listed, lives only on damp chalk grassland with devil's-bit scabious as host.

Biodiversity is part of the operations in Berlin in a somewhat different way. Among other things, Vattenfall keeps 14 hives on the roofs of office buildings, on power plant sites and at transformer stations of Vattenfall’s subsidiary Stromnetz Berlin. Vattenfall have also opened urban gardens on two sites in the city where local residents can grow and harvest crops together, which also benefits pollinating insects.

In the Netherlands, Vattenfall have also gained the company of a family of peregrine falcons which has moved in at the top of  the Hemweg power plant and their lives can be followed via a web camera. 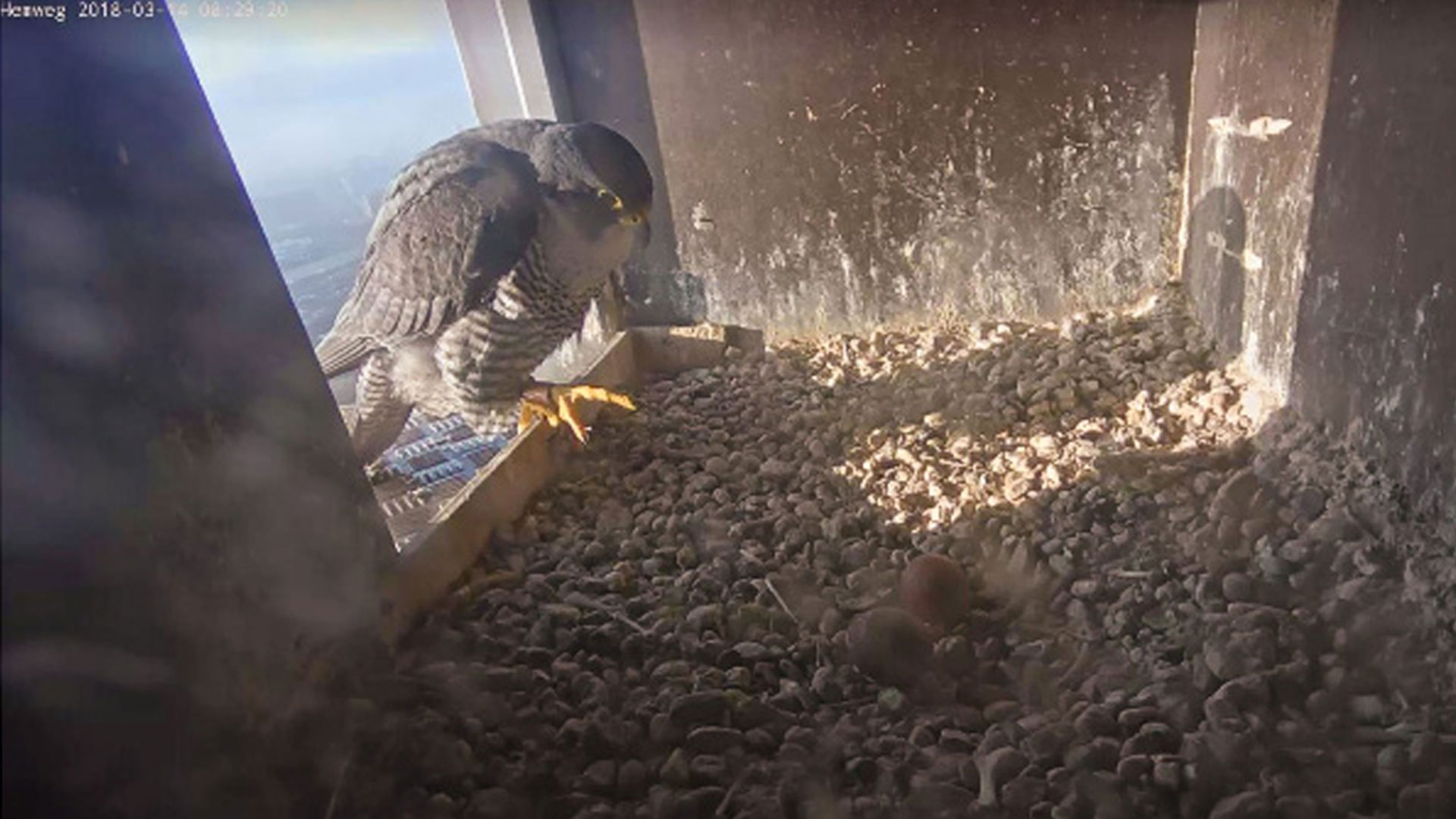 The peregrine falcon is red-listed and was almost completely extinct in Europe due to environmental toxins, which weakened the egg shells. Since the toxins were banned, peregrines have slowly increased in number.

In its endeavour to minimise its environmental impact, Vattenfall is reviewing its conventional methods and developing new, more considerate technologies. One example is a new and quieter way to pile-drive foundations for offshore wind turbines, which is called 'Suction Bucket Jackets foundations'. It is a technology that has been developed in order to minimise the impact on porpoises and other marine species that are sensitive to sound.

New technologies and new solutions are being developed within hydro power as a part of Vattenfall's R&D operations. One example is Kungsrännan, a completely new test facility in Älvkarleby, which has the aim of studying how fish behaviour is affected by different current conditions. Kungsrännan is the largest man-made water conduit in Europe and, in conjunction with universities and colleges, Vattenfall's experts are going to be able to test how different measures can reduce hydro power's adverse effects on biological diversity.

Reducing the environmental impact of hydro power is precisely the sort of thing that Vattenfall has been intensively engaged in in various ways. For decades, Vattenfall has been stocking fish to compensate for the decline in natural fish migration due to the expansion of hydro power. Millions of salmon and sea trout fry are propagated in our own fish farms and restored to the rivers every year.

"We have also built two of Europe's largest fish ladders, Geesthacht in Germany and Stornorrfors in Sweden, all to make it possible for the fish to migrate. Over two million fish have passed through the fish ladder in Geesthacht," says Helle Herk-Hansen.

Aerial photograph of the fish ladder in Geesthacht, 35 kilometres upstream from Moorburg power plant on the river Elbe. At 550 metres long and with 49 individual pools, each of which are 16 metres wide, the installation is the largest of its kind in Europe.

Unique natural environments are protected at our properties

Vattenfall has been working since 1999 to protect valuable natural values within the framework of what is called Vattenfall Nature Conservation Areas (VärnOmråden/VVO). The purpose of a nature conservation area is to provide beneficial conditions for species which merit protection as well as for biodiversity. It all started when the legendary Calypso orchid was found together with the peculiar Witches Cauldron fungus on Vattenfall's land in the vicinity of Vuollerim in Norrbotten. Today there are three nature conservation areas around the Luleälv river's valley and a new area is going to be opened in Älvkarleby on 17 June. What all the areas have in common is that they have very high natural values.

Another important component in the concept is to encourage visits from the general public and to disseminate knowledge. Information signs, paths and other elements to enhance accessibility and promote recreation are therefore important parts of the work with the nature conservation areas.

"We are looking forward to the opening of Kungsådran-Älvkarleby VVO, which is what our new nature conservation area is called. This is our first area south of the Luleälv river and it is a really interesting nature area that is well worth seeing. It is also especially interesting in the light of the connection to our R&D operations and our on-going initiative within ecohydraulics," says Herk-Hansen.

Cooperation in order to develop

Vattenfall has been involved from the outset in the start-up of Business@Biodiversity Sweden, an industry-wide network for issues which concern biological diversity and natural capital. The network provides opportunities to exchange knowledge and experiences with other companies in different sectors.

"Together with the other companies in the network, we invite the leading experts, both from Sweden and internationally, to deepen our understanding of issues that are of importance for our business. Biodiversity is one of Vattenfall's focus areas in relation to the environment and we have clear undertakings that are formulated in our new environmental policy. Our undertakings and all the projects in which we are involved show that this is an issue which is high up on our agenda," says Herk-Hansen.

To actively participate in the development of new methods and guidance to protect and restore nature based on science Vattenfall as the first larger Swedish company recently joined the initi...

Fortum, Statkraft and Vattenfall, the three largest Nordic energy utilities welcome the EU’s revised 2030 climate target of at least -55% as a crucial step on the path towards 2050 climate n...

European Commission President, Ursula von der Leyen, said in her annual State of the Union Address that a priority for the EU this coming year is to increase the 2030 target for emission red...