You need to enable JavaScript to get the full functionallity of this site.
Skip to content Go to main navigation
News Sustainability and environment 5 June 2018 6 min

Plastic – a challenge to the fossil free society

This year the UN World Environment Day focuses on the serious threat to the world environment caused by plastic pollution, an issue that also affects Vattenfall's environmental ambitions.

One million plastic bottles sold every minute, 500 billion plastic bags used in the world every year, plastic makes up 10 per cent of all the waste we generate. These and many other facts from the UN are the backdrop to the UN World Environment Day 2018 that focuses on plastic.

Every year, 17 million barrels of oil are used to produce plastic bottles for our water.

“Plastic is an oil product which releases carbon dioxide into the atmosphere if disposed of in waste incineration facilities, and it can stay for as long as 500 years, if left in nature. As we are an energy company with a clear ambition to help society to be free from fossil fuels in one generation, plastic also becomes an important issue for us – internally in our office and production facilities, in the operation of our waste incineration plants and in our cooperation with suppliers and local authorities,” explains Vattenfall’s Head of Environment Helle Herk-Hansen. 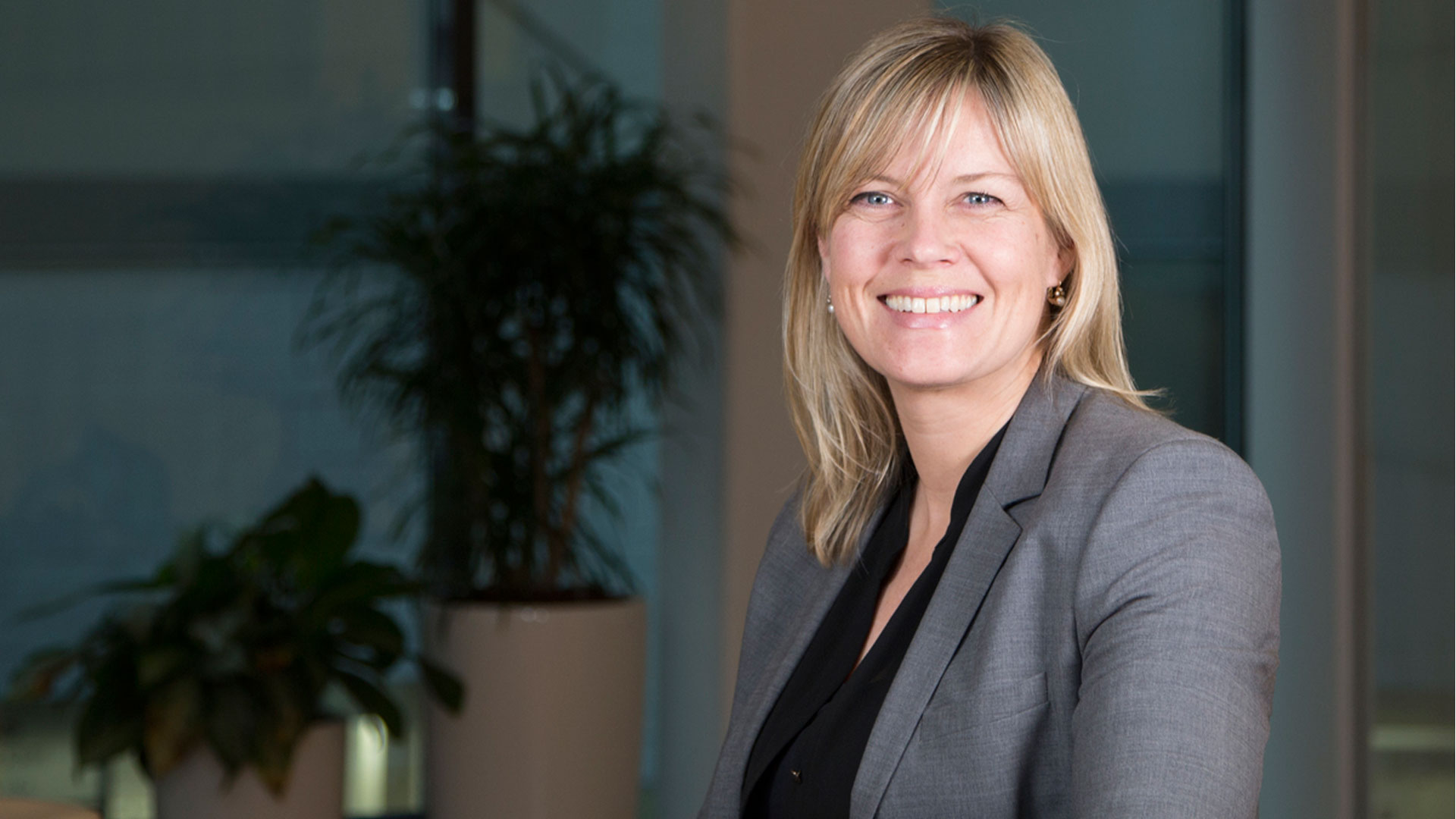 Taking up the challenge

“We cannot yet entirely eliminate plastic material in our operations, but we can make a continuous effort to reduce the amounts, replace it with better alternatives and make sure that we recycle as much as possible of the unavoidable plastic products. This is a journey we have embarked on, and we will continue to evaluate how to find good solutions through sustainable applications for problematic materials”, Herk-Hansen explains.

“One example of such a solution is Vattenfall’s Dutch company Nuon, where the Real Estate & Facility Management department last year entered into a contract with a new supplier for the catering services for the Dutch offices. It was a condition of the contract for the company restaurants that large amounts of packaging material were to be avoided by not having everything packed anymore,” says Herk-Hansen.

At the same office old, plastic-lined coffee/tea/water cups have been replaced by Cup2Paper made entirely of paper that can be fully recycled again. Besides avoiding the plastic lining, the fact that the new cups are included in the recycled paper fraction and not thrown out with the ordinary waste saves a large amount of waste in general. Real Estate & Facility Management is now evaluating future cup solutions for all Vattenfall facilities.

“In Germany, plastic fractions are handled separately and recycled in all our locations, and in Sweden the head office in Stockholm, for instance, operates a plastic separation programme. In all countries, we work together with our facility company ISS and other suppliers to reduce the amount of plastics used at our premises, and on top of that we look into how to increase the recycling in dialogue with the different municipalities, where we are located,” Herk-Hansen explains. 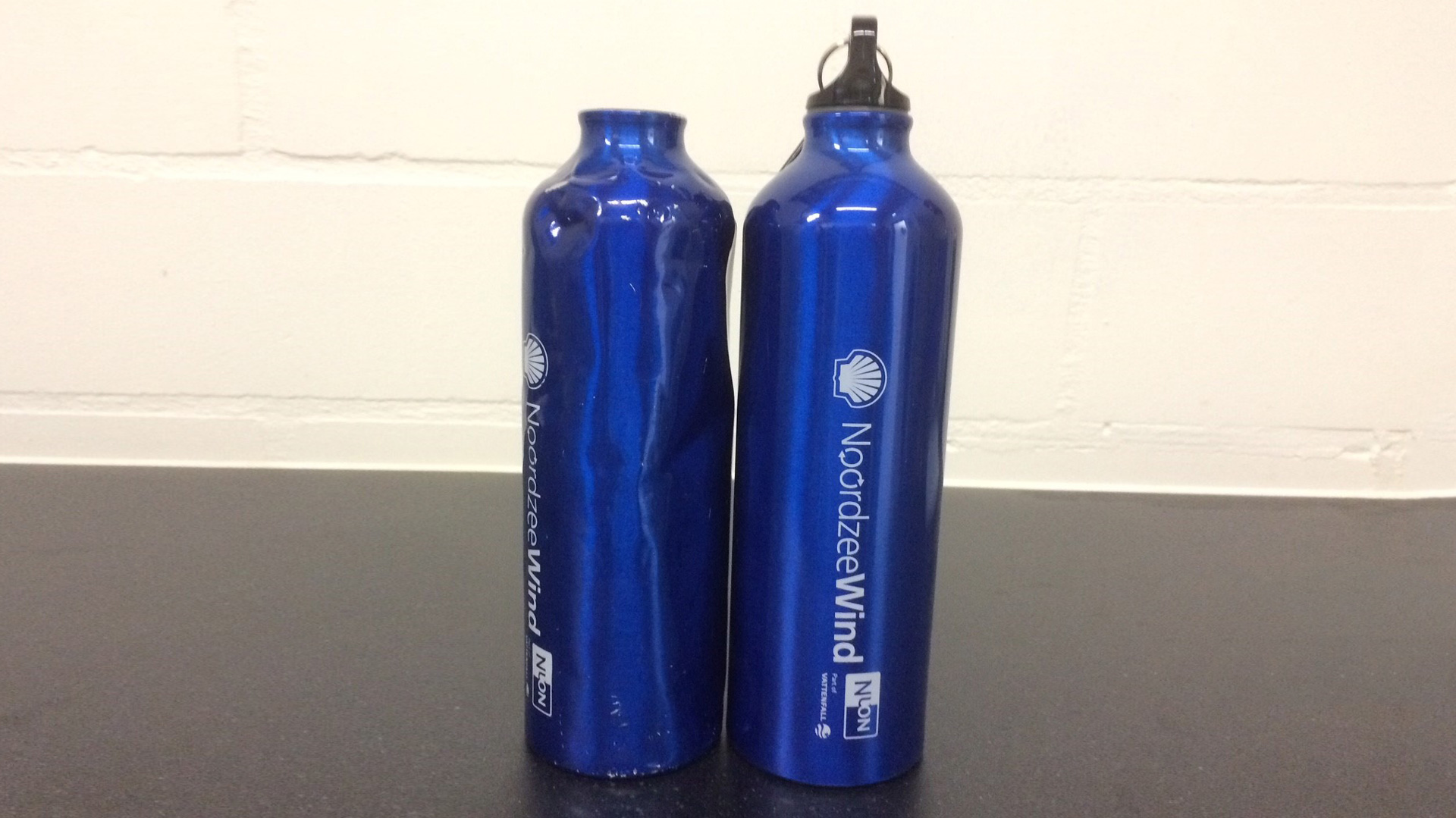 Also Vattenfall’s wind business has taken significant initiatives. In 2017, the Dutch NoordzeeWind team replaced plastic water bottles with re-usable bottles which will eliminate more than 5,000 disposable plastic bottles on an annual basis. And the idea is now spreading to other parts of the wind organisation in other countries. For example, reusable bottles were handed out in March at Vattenfall’s Ramsgate location in the UK and the amount of bottled water for the past three-month period has dropped by 1,200 compared to the same period in 2017.

In Uppsala, where Vattenfall operates a waste incineration plant, the company is working together with the municipality to reduce the amount of plastic in the waste. The plastic waste that goes to energy recycling in the district heating plant presently results in emission of about 120,000 tonnes of carbon dioxide per year.

The “Uppsala Climate Protocol” is an initiative from the municipality and invites private companies, county administrative board, health care region Uppsala and Vattenfall among others to co-operate to reach the tough climate goals for the city: climate neutral in 2030 and climate positive in 2050 which means a decrease of emissions by more than 100 % compared to 1990.

“It is a way of conducting business development, we are divided into different working groups with a specific focus, like energy efficiency, transports or plastic. Cooperation and different views to address an issue of this complexity are important to identify the right measures”, says Anders Pettersson, participating in the plastic group and working at Vattenfall Heat Uppsala with fuel sourcing and special waste management.

As part of the Uppsala Climate Protocol, Vattenfall is participating in the project “Climate efficient plastic procurement”. This project focuses on changing procurement criteria so that suppliers are pushed to expand their range of recycled and renewable plastics. 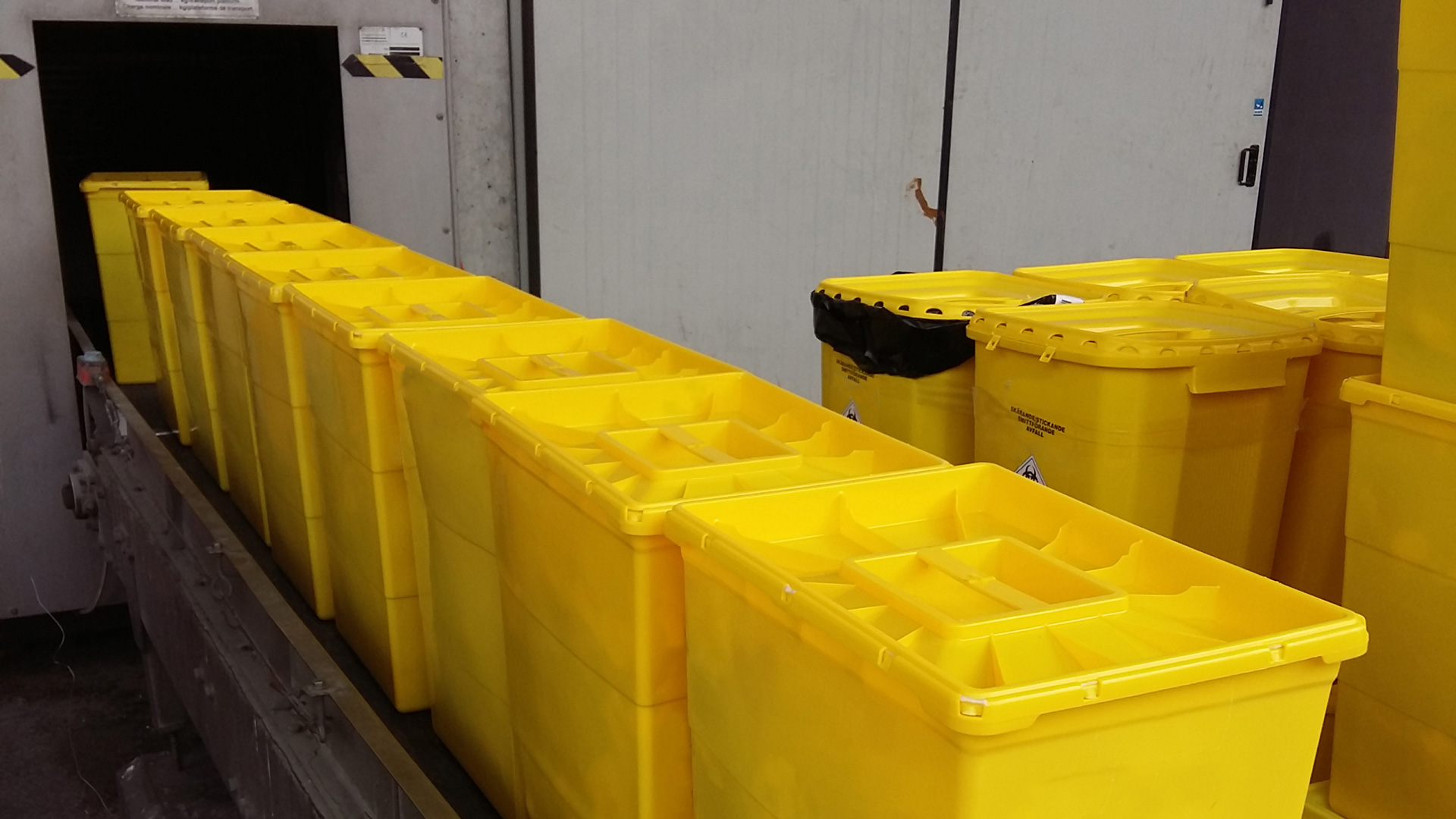 Hazardous waste containers on the conveyor belt waiting to be incinerated at Vattenfall’s waste incineration plant in Uppsala in Sweden.

Vattenfall Heat Uppsala destroys and recovers energy from tonnes of hazardous waste from healthcare, dentists, veterinarians and beauty clinics every year. An estimated 80-90% of the weight consists of plastic, mainly from disposable equipment but also the hazardous waste container itself, which cannot be reused. About 200 tonnes of plastic containers burned up in 2017, which corresponds to approximately 640 tonnes of local carbon dioxide emissions.

Pettersson has taken the initiative to replace the plastic hazardous waste containers with a bio-based variant. It is a Swedish invention under development that consists of a bio-composite mass and will meet all technical requirements for the transportation of hazardous waste. The bio-vessel reduces carbon dioxide emissions by 80% compared to the current fossil plastic type.

“The price will be identical to the traditional containers and the bio-vessel is almost free from carbon dioxide. Distributors and users should be informed about this option in order to create a demand. The containers may be a small part of the totality, but show that it is possible to make a change. Now we will see what the next project will be in the hunt for plastic," says Pettersson. 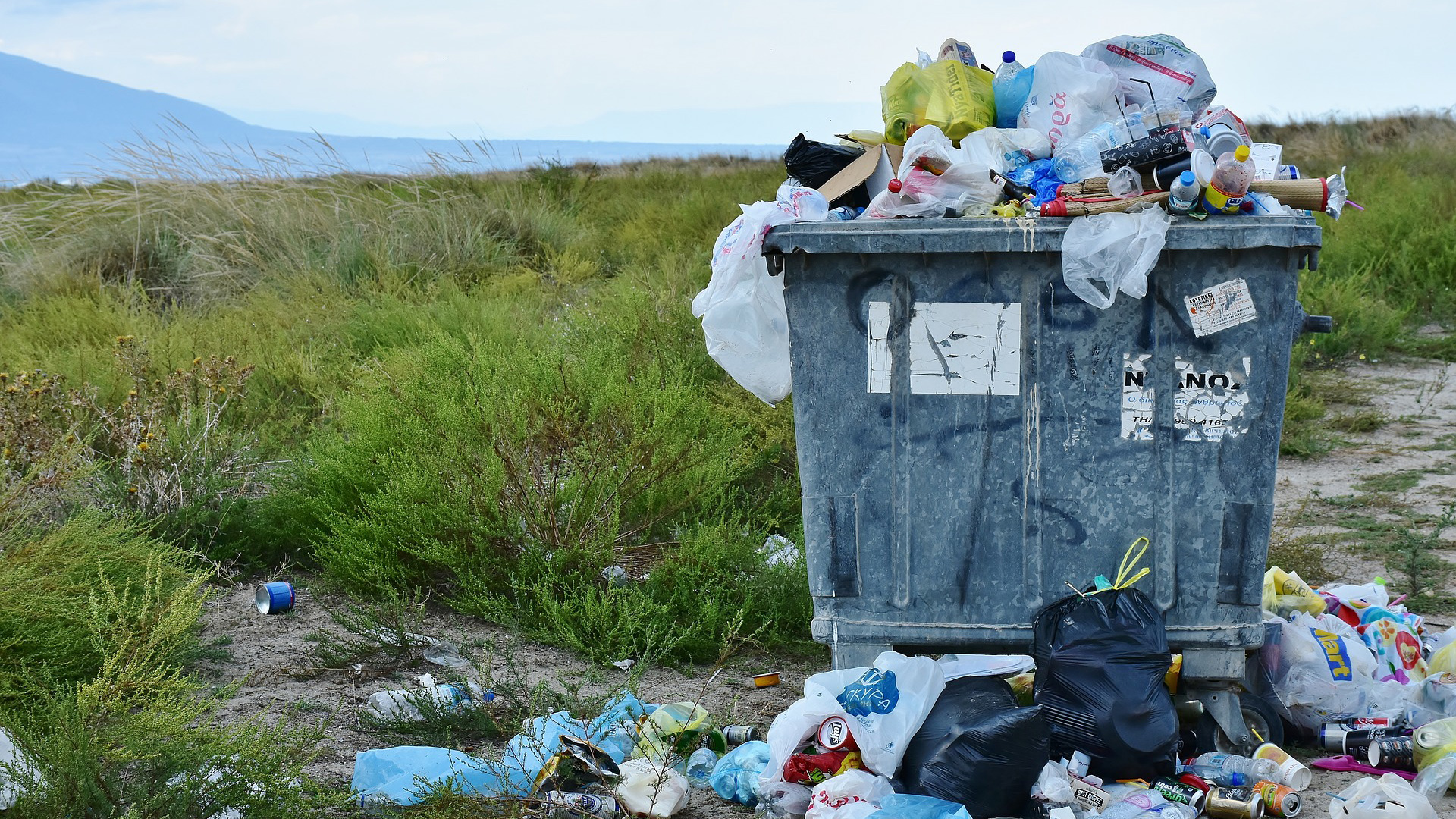 Obviously, plastic can be a good material – versatile, lightweight and durable – when used for the right applications. However, a large part of the use relates to single use items such as plastic packaging. According to a study published by the Ellen MacArthur Foundation, about one third escapes collection and is leaked into the natural environment – our lands and oceans – where it causes damage to ecosystems.

“It is important that we find new ways to produce plastic without using fossil resources, and to limit the leakage of plastics into nature. This will require innovation, renewable energy and changes in behavior. But I think we can all agree that the outlook of having more plastic in the ocean by 2050 than fish is a scenario that none of us would like to see realised,” Herk-Hansen concludes.

Today, on International Women’s day, Vattenfall’s focus is on women who support women. In this video colleagues from all parts of the organisation share their story.

Vattenfall's sustainability work is of highest quality, Platinum, according to a rating from EcoVadis, a leading source of corporate sustainability evaluation. This strengthens Vattenfall´s ...

Can electrically powered heavy trucks function in 44 °C below zero in northern Sweden? Kaunis Iron is now collaborating with Vattenfall, Volvo Trucks, ABB and Wist Last & Buss in a uniqu...