You need to enable JavaScript to get the full functionality of this site.
Skip to content Go to main navigation
News 7 September 2018 1 min

“We did it!” – Awarded as best Trainee Programme of the year

At the end of June, Vattenfall received the international award in the category “Trainee Programme of the year 2018”, which was organised by the company Promote International. 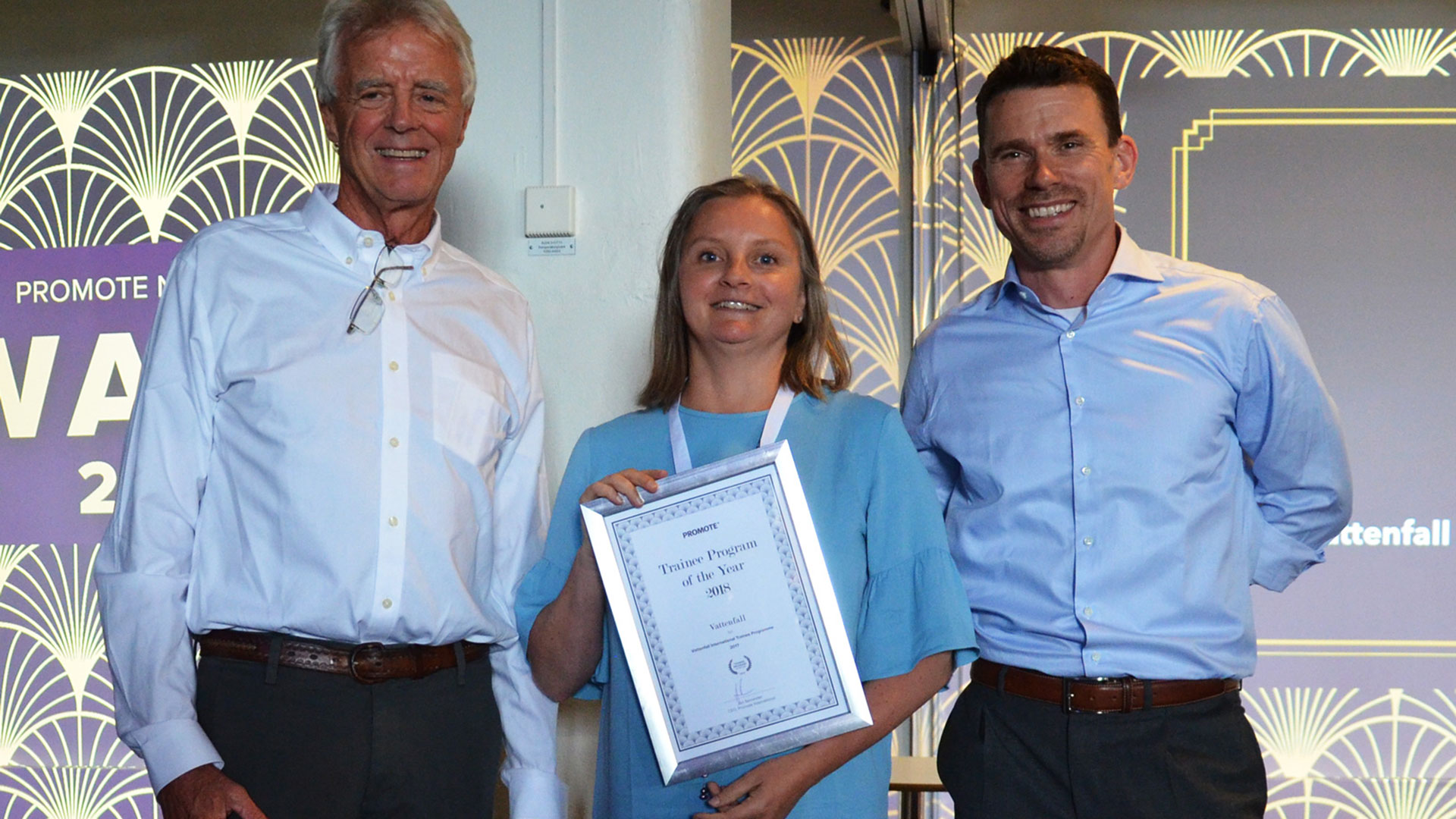 The award was handed out in Stockholm by Professor Robert Brinkerhoff, creator of the theory behind High Performance Learning Journeys and the CEO of Promote International, Jon Serrander. In the middle Thérèse Troedsson, Programme Responsible at Vattenfall.

Vattenfall International Trainee Programme 2017/2018 was one of the nominees competing against 81 other international corporations. The programme won being a good example of a High Performance Learning Journey, using a variety of ways to communicate and interact during the programme and thus creating lasting results.

Monday to Wednesday this week, Anna Borg is attending the World Economic Forum Annual Meeting in Davos in the Swiss Alps.