You need to enable JavaScript to get the full functionality of this site.
Skip to content Go to main navigation
News Technology and development 1 February 2019 4 min

A new mathematical tool makes it possible to optimise both power generation and costs in relation to offshore wind farms already in the design phase. The researcher behind has just received the Innovation Fund Denmark’s 2019 Industrial Researcher prize and the project is among the finalists to an American prize in competition with among others Microsoft and IBM.

Designing offshore wind farms involves highly complex optimisation challenges. When a modern wind farm is designed, numerous factors must be taken into consideration like wind direction, water depths, erosion zones, foundation costs, physical obstacles, types of cables, cable loss and the fact that the wind turbines do not cast “shadows” on each other. The location of each individual turbine in a farm is extremely important to avoid that they so to speak “steal” energy from the turbines behind them. 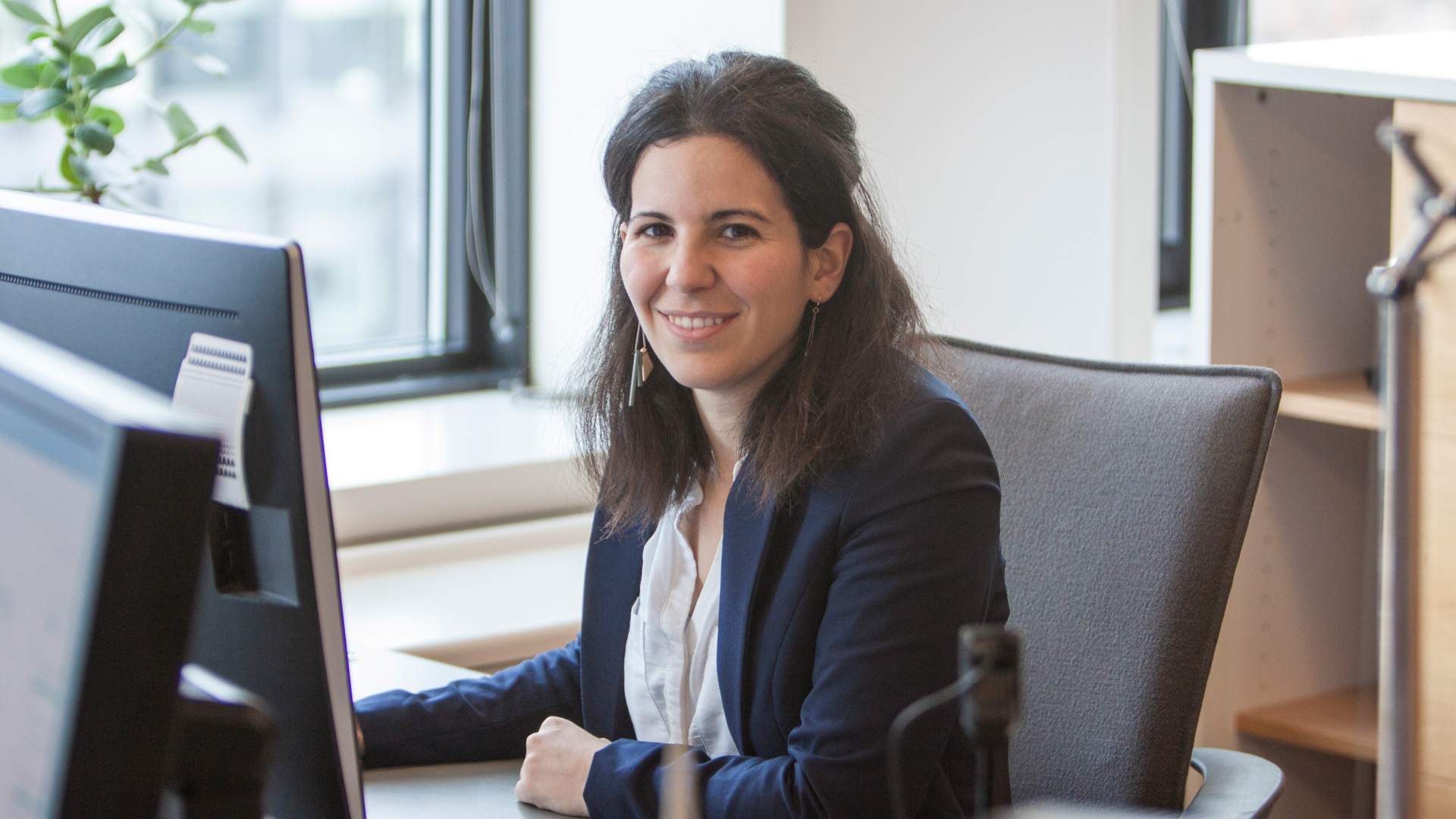 The wind farm design process was previously cumbersome and could last weeks. Now a new system developed by Lead Engineer and PhD Martina Fischetti fundamentally changes both the farm design and the process.

Before the deployment of such tools within the company, wind farm design was based on a multi-step process depending heavily on the experience of the individual engineer and standard tools. A preliminary layout was generated and checked for certain factors. If the current layout wasn´t acceptable, turbine locations were manually adapted, the layout passed to another team for checking and adaptation of other factors and so on. The overall process was involving many people and very time consuming, and the results were suboptimal.

Danish Horns Rev 1: The original, manual layout for the farm, as it looks now (left plot) compared with the layout as it would have looked with the new optimisation tool (right plot). The optimised layout is 1.5 million euros cheaper than the manual solution.

“The new tool streamlines the process so that all factors are considered in the software at the same time and overnight the program performs thousands of simulations considering all factors before it delivers an optimised layout for the location of the turbines and cable routing to the engineers,” says Martina Fischetti and adds:

“By optimising the turbine layout and cable routing we can reduce the costs of a wind farm and increase its production and achieve total gains in the order of 10 million euros for each farm. In this way we can reduce the price of wind power”. 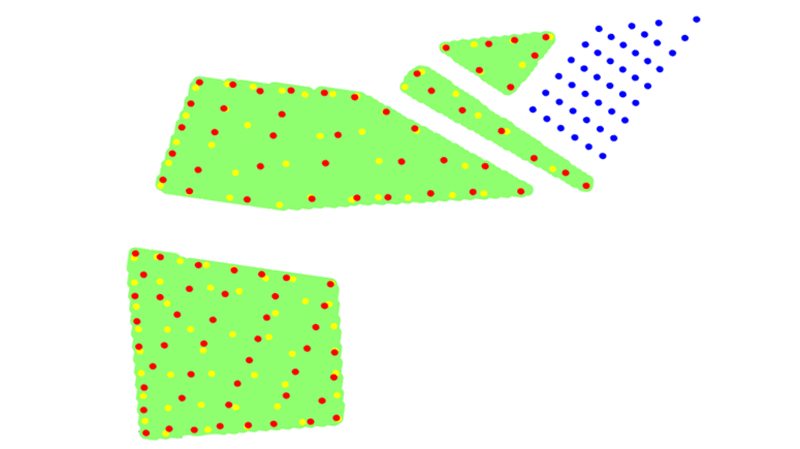 Preliminary layout* for the Hollande Kust Zuid 1+2 wind farm: Optimised layout using the optimisation tool (red) and the one obtained by traditional methods (yellow). The optimised layout allowed for an extra 10.2 million euro gain over the lifetime of the farm by just reducing wind “shadows” among the turbines. The blue dots are an already existing farm. *The final layout cannot be shown for confidentiality reasons.

The software has been used for the design of the Danish Kriegers Flak offshore wind farm in the Baltic won with a record-low bid and for Hollandse Kust Zuid 1+2 in the Netherlands, the first project in the world to be built without any subsidies.

The tool has been developed by Martina Fischetti in close cooperation between the Danish Technical University and Vattenfall. For her work, she has now received the Innovation Fund Denmark’s 2019 Industrial Researcher prize and the project is among the finalists to the prestigious 2019 INFORMS Franz Edelman Award for Operational Research and Analytics in competition with companies such as Microsoft and IBM.

“I had never seen these techniques used on this type of problem before, and the results achieved are remarkable and outperform the traditional systems every time. What is also extremely exciting is the momentum the tool has given to the team, allowing us time to experiment and think out of the box. We can now test the new ideas and alternative solutions straight away and not least quantify the impact of new design choices from the very first stages. Also, we can engage with suppliers in a novel way and drive innovation in a longer perspective,” Thomas Hjort, Head of System Design in Business Unit Offshore Wind, explains.

All in all, the novel layout optimisation tool has contributed substantially to the competitiveness of Vattenfall in offshore tenders by creating better layouts, quantifying the impact of new design choices and delivering design input for alternative business cases for each wind farm. The layout and cable optimisation tool can become important for Vattenfall's ambitious plans for expansion in the wind sector.

Martina Fischetti’s work with the optimisation tools was the inspiration for Head of System Design Thomas Hjort to focus on the development of a larger model framework – Vattenfall’s Front End Park Model (FEPM), where her optimisation tools are important elements. This model framework it the heart of Windfarm Design’s more standardised way of working and provides daily insight into various the impact of various solutions on Vattenfall’s business. It is an important link between technology and business. Today FEPM is run and developed internally in BU Offshore by six model experts and their team lead Jesper Runge Kristoffersen in the System Design department.

“We're halfway towards having constructed the world’s first offshore wind farm built without subsidies; a major milestone we can all be very proud of,” says Søren Andersen, Senior WTG Instal...

Vattenfall studio: nuclear power/wind power, do we need both?

Some say no to wind power, others are negative to nuclear power. But can we meet the energy challenge with just one or the other power source? Vattenfall Studio discusses the polarisation in...

Vattenfall has signed a contract with Siemens Energy and Aker Solutions AS to deliver grid connection infrastructure for the Norfolk Boreas Offshore Wind Farm off the British coast.