You need to enable JavaScript to get the full functionallity of this site.
Skip to content Go to main navigation
News Wind 15 September 2020 4 min

In the coming years, the Dutch government will focus on local ownership in the development of solar and wind. In Almere, Vattenfall is working with a local citizens' initiative on the construction of a wind farm. 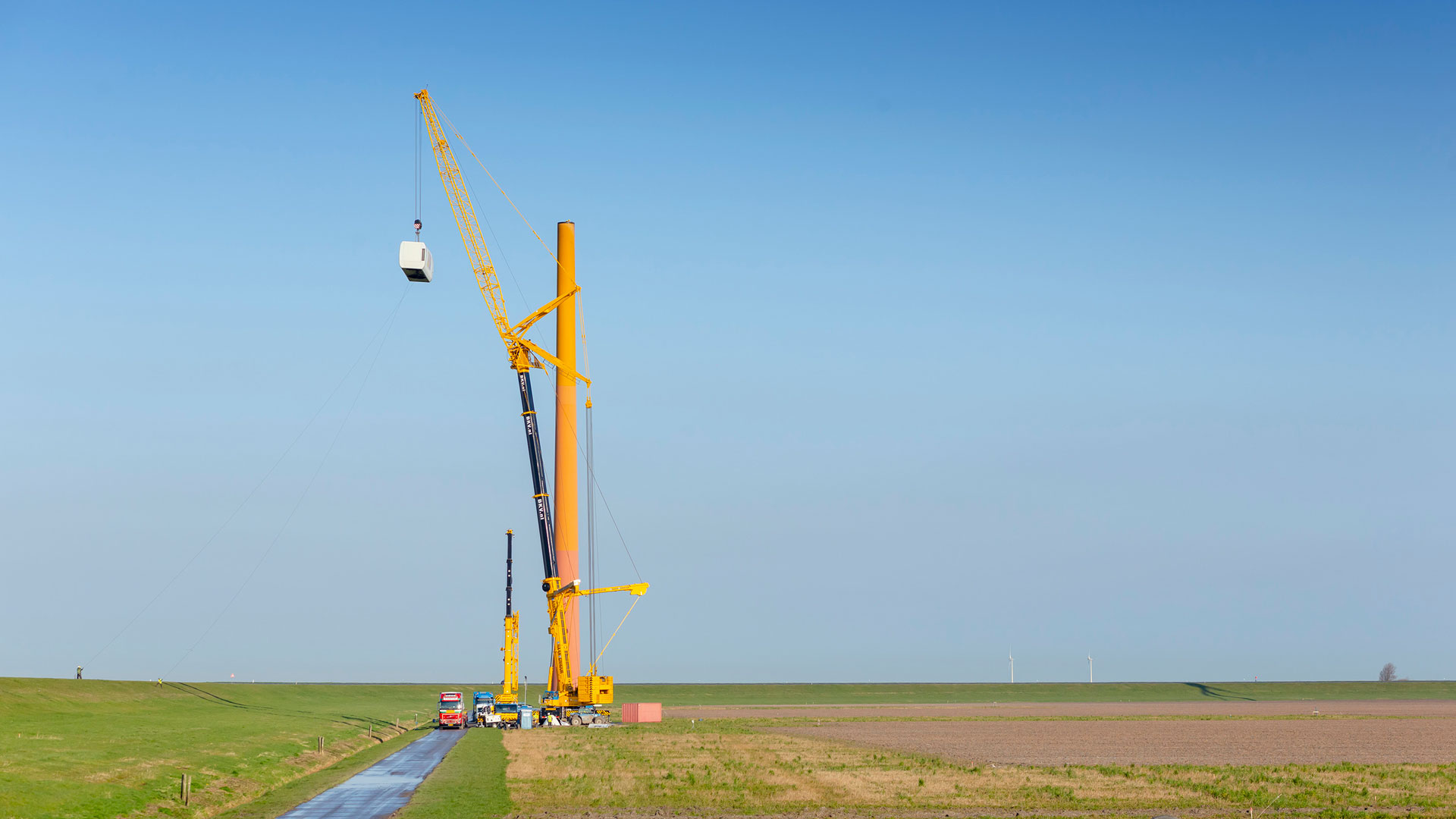 The current ten wind turbines will be dismantled to make room for models with a larger capacity. Photo: Jorrit Lousberg 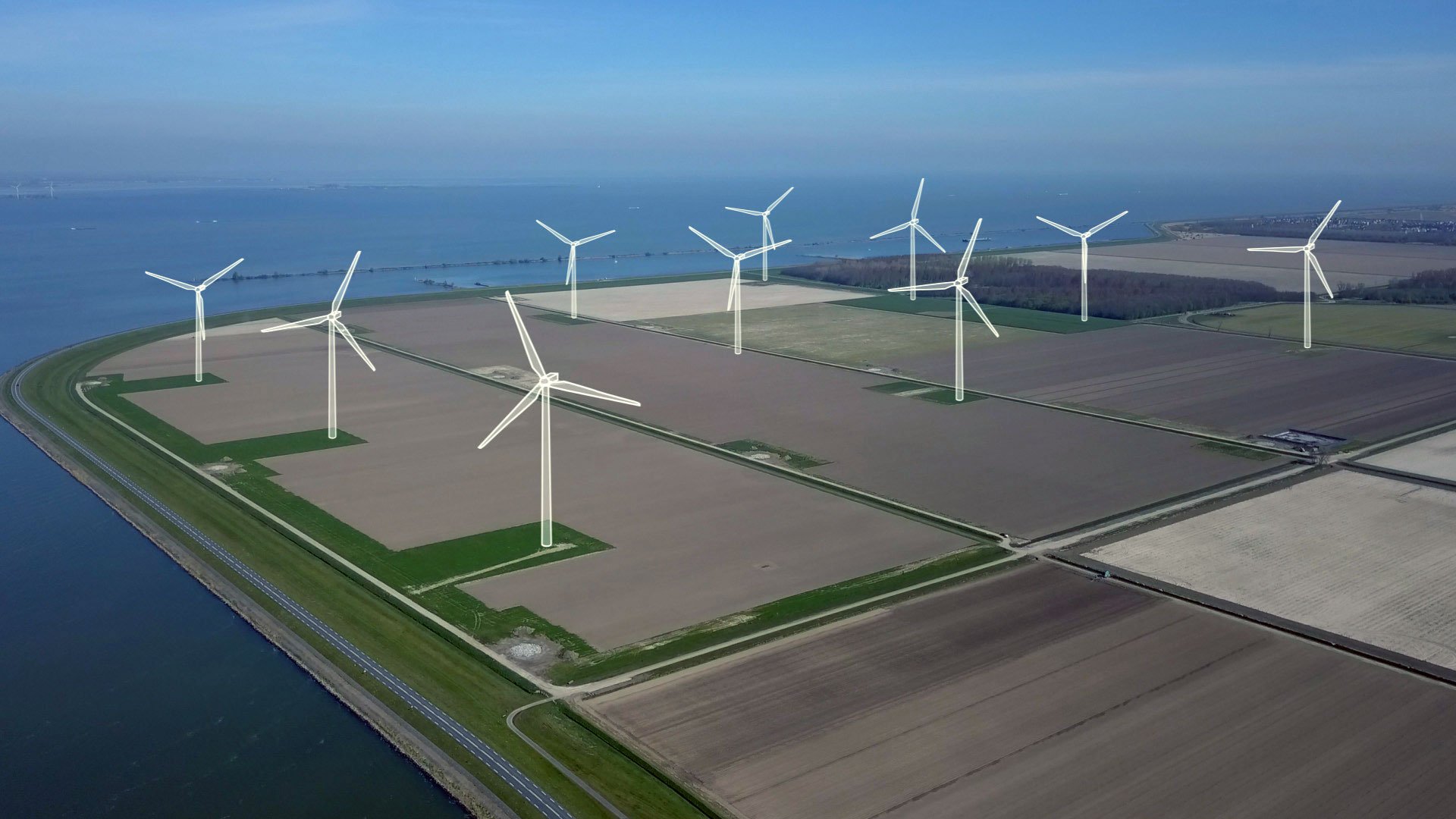 This is what the wind farm will look like in the near future. Photo: Jorrit Lousberg

In 2000, the first wind turbines were installed near Almere and they could remain in place until 2015 due to the expected construction of a new residential area. However, these plans were postponed until after 2035 and the municipality gave permission to rebuild the existing farm. The plans were developed in collaboration with the local energy cooperative Almeerse Wind.

Vattenfall Asset Development Manager Joost de Gooijer, who is responsible for the development of the wind farm, has been involved since 2017:

“Vattenfall will take responsibility for the development of the wind farm, Almeerse Wind for the support for the farm. It is a sympathetic initiative: we are helping to make it possible for residents of Almere to benefit from the wind farm in the future.”

“In the coming years we will see more of these kinds of initiatives in which we develop and operate part of a wind farm through local ownership. We will therefore work more often with local owners in the development of wind farms and this project is a good opportunity to gain experience,” says Joost de Gooijer.

Although there is no other wind farm in the Netherlands in which the nearest house is so far away from the wind farms(1.5 kilometres) as in Almere, residents’ evenings were organised to provide information to all local residents in the same way as it is done in connection with the construction of other Vattenfall wind farms.

Residents from the various residential areas surrounding the initiative in Almere were given the opportunity to discuss the location of the ten wind turbines.

“In addition to the input we received during the residents' evenings, the municipality of Almere conducted a digital survey among 15,000 addresses. In this survey, residents were asked about four alternative variants for the location of the wind turbines. A variant with 10 wind turbines, in which the existing turbines would also be dismantled at the same time, was ultimately chosen by most people. In this way, the municipality of Almere, Almeerse Wind, residents from the surrounding districts and we ultimately arrived at the current ten turbines by mutual agreement,” says Erik van Norren, Environmental Manager at Vattenfall..

Reimert Bouw en Infrastructuur from Almere came out on top in the tender for the plan, design and price of the farm.

“It's very nice for us that they come from Almere," says Hidde Seidel. "Not only their office, but also a concrete plant is close to the building site.”

“They only need to make few travels, and their concrete plant will recycle the concrete from the demolished wind farm. A story that fits nicely with the vision of Vattenfall.”

Jelle van der Schaaf, project manager at Reimert, is proud of this project:

“We are very happy that we can play a key role when it comes to providing almost 28,000 of our “neighbours” with green electricity. The collaboration with Vattenfall fits well with Reimert’s ambitions in the field of sustainability; in recent years we have invested a lot in knowledge and skills in the field of sustainable entrepreneurship. We are proud that Vattenfall has seen this reflected in our offer and are looking forward to a great collaboration.”

Who was Jaap Rodenburg?

The wind farm was named after the Dutchman Jaap Rodenburg (1948-1998). During his work as a campaign leader at Greenpeace, he devoted himself enormously to wind energy.

The state is the owner of the land on which the wind farm is built and Vattenfall pays an annual fee for this. Fifty per cent of that amount, however, does not go to the state, but to four other parties: the province, the municipality, the Flevo-landscape nature reserve, and a nearby riding school.

Vattenfall has signed its first power contract for wind farm Hollandse Kust Zuid. Air Liquide will purchase 100GWh of fossil-free electricity per year from the wind farm located off the Dutc...