You need to enable JavaScript to get the full functionality of this site.
Skip to content Go to main navigation
News Wind 24 November 2021 4 min

Bats, bombs, bears and the journey to fossil free

Operating and constructing onshore windfarms can pose certain challenges. In Vattenfall’s monthly project meeting all kinds of topics are discussed, some more challenging than others.

Vattenfall is one of the market leaders in onshore wind, with more than 50 windfarms in operation across Sweden, Germany, Netherlands, UK and Denmark, together with a further 11, totalling 1.1GW, in construction. Vattenfall is also at the forefront of the development of hybrid power plants to maximise the complementary benefits of wind, solar and battery storage.

To continue to grow the portfolio, new types of site, business models and ways of working with communities are being explored.

Each month Vattenfall’s onsite wind project managers gather for an update meeting. The challenges discussed are certainly diverse: from avoiding bears and protecting bats to dealing with unexploded bombs. Although much of the meeting is spent discussing difficulties on sites, Head of Construction Management Ruben Lindenburg says he actively looks forward to it:

“It is one of the coolest meetings in my calendar, as there is a lot of enthusiasm when project managers talk through the many unique challenges they face and how they plan to solve them,” he explains.

Wind power is growing rapidly and Vattenfall is looking into further minimizing the carbon footprint of wind turbines. Learn more in this video.

Many of those challenges are related to the location. Although open areas away from people and buildings are the obvious place to build projects, suitable space is running out in many of the countries Vattenfall operates in.

What lies beneath your feet?

Projects are increasingly being constructed in urban areas such as Nieuwe Hemweg, the port area of Amsterdam, where six wind turbines have been installed right next to a train yard and close to the main ring road around the city. 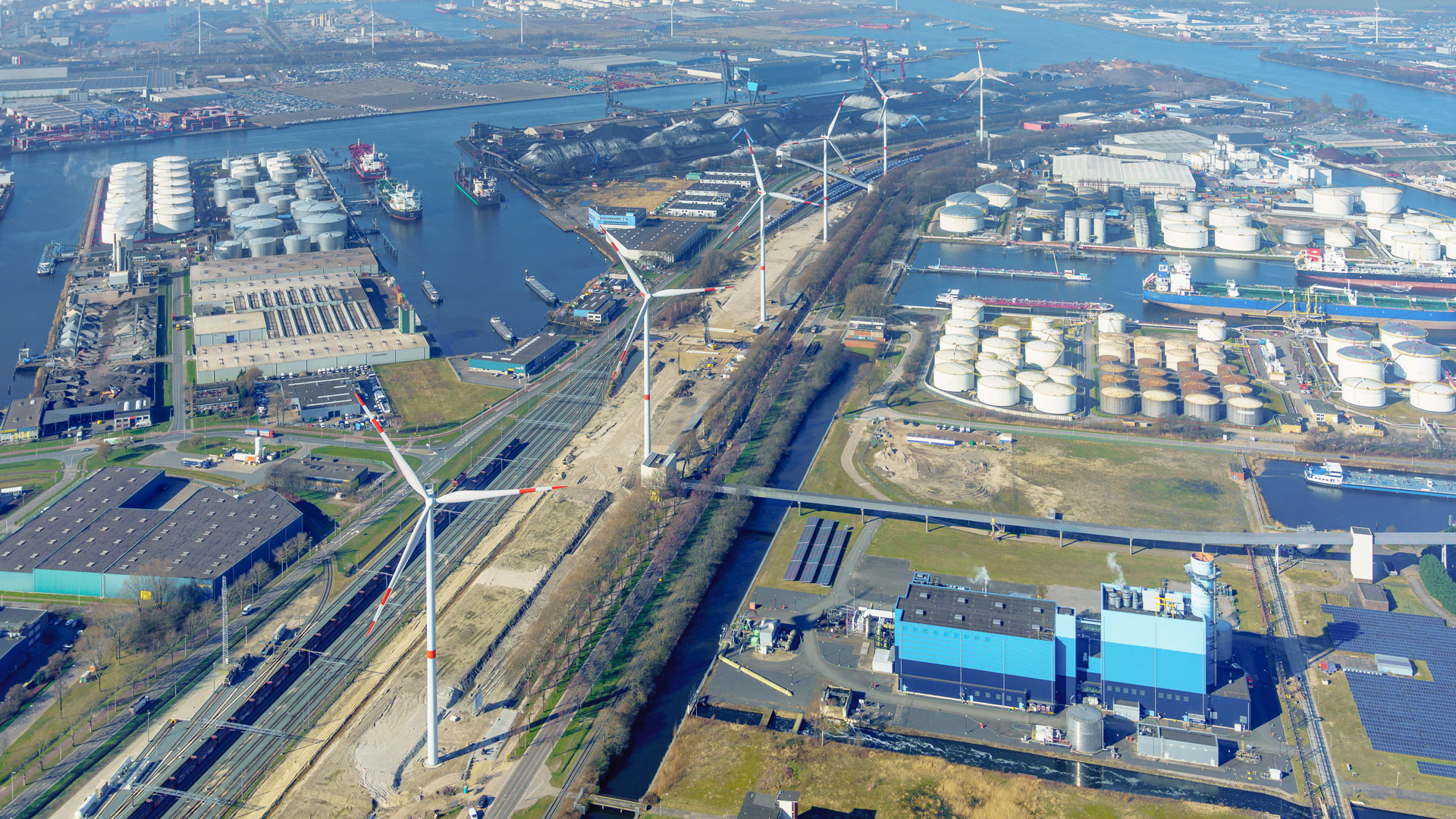 For Project Manager Edwin Holla, finding out exactly what is below ground at the site was a key health & safety challenge from the outset.

“In an open field in the countryside, you can start excavating without worrying too much about what is underground. But at an industrial site there is a lot of hidden infrastructure, such as high pressure gas pipes and power cables which we have to manually detect before digging, and in some areas there is also the chance of encountering unexploded war bombs” he explains.

Given the site’s proximity to a busy rail yard, there is also a risk of ice forming and falling from the turbines onto workers below. A specially designed system has been installed using cameras to detect how much ice is developing on the turbines and shut them down if necessary. Signs, speakers and lights warn workers below to seek shelter until the danger has passed.

Working around the weather

In northern Sweden - where the fauna include brown bears - the harsh winter environment and the local reindeer husbandry season means heavy construction work on the Blakliden-Fabodberget project has to stop for five months of the year. 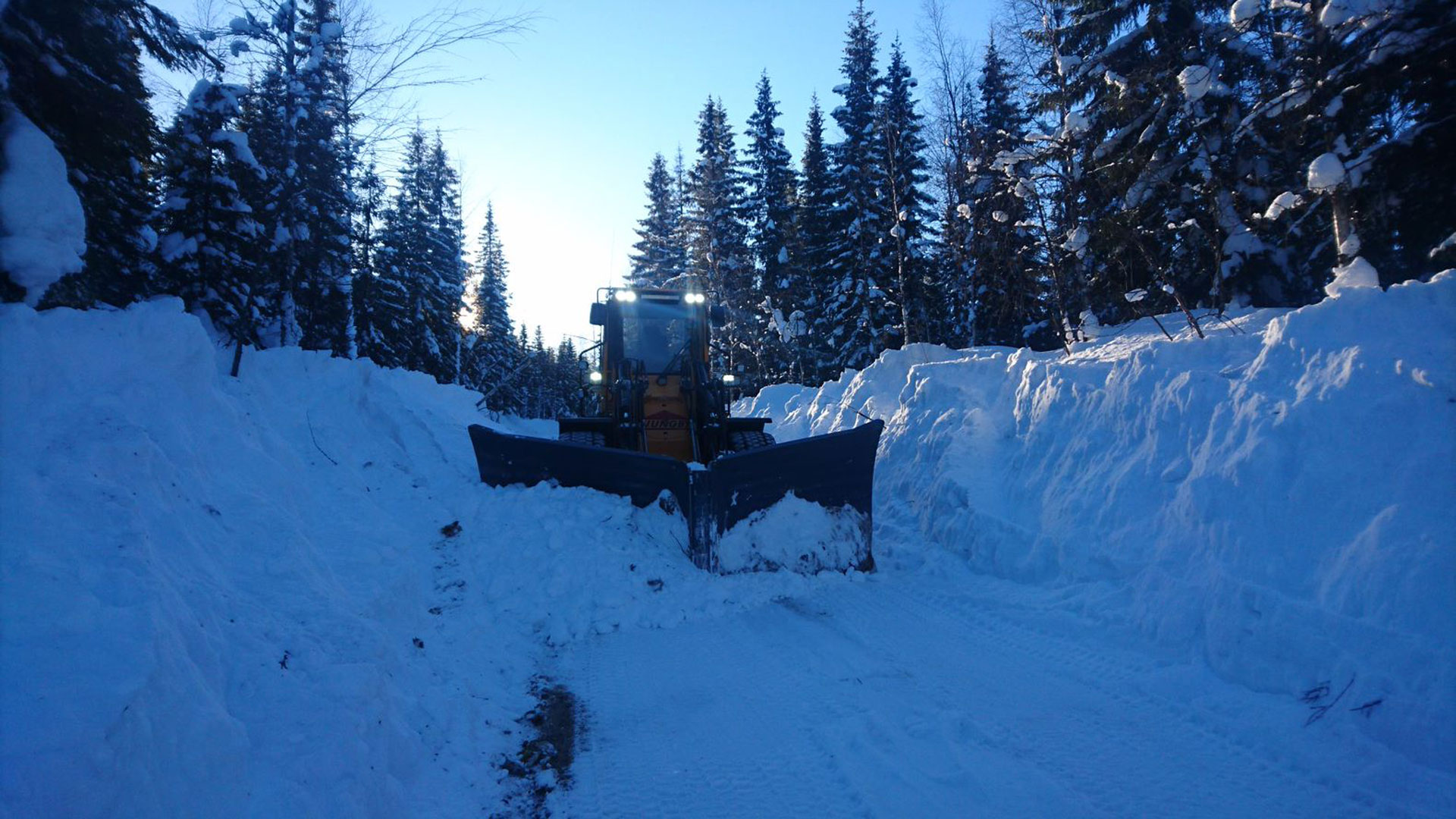 “We have used that time to really plan and prepare for what is now a very intense period of construction activity when we hope to install 84 turbines in less than four months,” says Project Manager Charlotte Lehmann-Madsen.

The huge scale of the project, which spans four locations covering 200 hectares, also poses challenges. The distance between some of the turbines is almost 80km, further than on any other Vattenfall project.

“That means we have put a lot of effort into ensuring we work as one team. We have really challenged the typical team structure on a project so that we are very agile and have exactly the right people in place when they are needed,” says Charlotte.

As new locations are explored, project teams increasingly need to come up with innovative ways to work in harmony with the environment.

At the Princess Ariane Wind Farm – the largest Dutch onshore wind farm - 82 turbines have been installed, some of them in a forest which is used by thousands of visitors and is home to important wildlife.

“It was very important to work as closely as possible with the forestry manager to ensure the turbines really blend in with the environment and minimise the impact of our operations for visitors,” explains Ruben Lindenburg, who is Project Manager for the site alongside his wider construction role.

For example, the foundation structures for each of the four turbines sited within the forest are below the ground and covered with grass.

Protecting the forest’s wildlife has also been important, with a sophisticated bat detection system installed to avoid collisions with the turbines. The system monitors factors including humidity and wind levels, and shuts the turbines down when it is the optimum time for bats to fly.

Bryan Wright, Portfolio Director Construction for Onshore Wind, says the diversity of projects currently in construction highlights Vattenfall’s strengths at a time when competition among developers for suitable sites is intensifying.

“Being active across a number of different markets has given us experience to be able to deliver projects across a wide range of locations - from very built-up areas to the wilderness, on hilly terrain or below sea level.

“There are very different approaches to projects in different countries, what is considered normal in one country can be considered very unusual in another.  Having diverse teams based in a number of countries means that we benefit from a range of perspectives and different approaches, and can leverage our shared learnings across all of our projects,” Wright says.

On Wednesday 18 May Vattenfall’s CEO, Anna Borg, will participate in the North Sea Summit along with four European heads of government and Ursula von der Leyen, President of the European Com...

On Monday May 23rd, Blakliden Fäbodberget – Vattenfall’s largest ever land-based wind farm with 84 turbines – will be inaugurated.

The first turbine of the Hollandse Kust Zuid offshore wind farm was installed over the Easter weekend. With good visibility, the wind farm can now be seen from the coast.