You need to enable JavaScript to get the full functionality of this site.
Skip to content Go to main navigation
News Environment 23 November 2022 3 min

“From words to action – that's how I'd describe the difference between COP 26 in Glasgow a year ago and COP 27.” Vattenfall’s Head of Sustainability Annika Ramsköld attended the UN’s environmental conference in Egypt. Here she summarises her impressions: 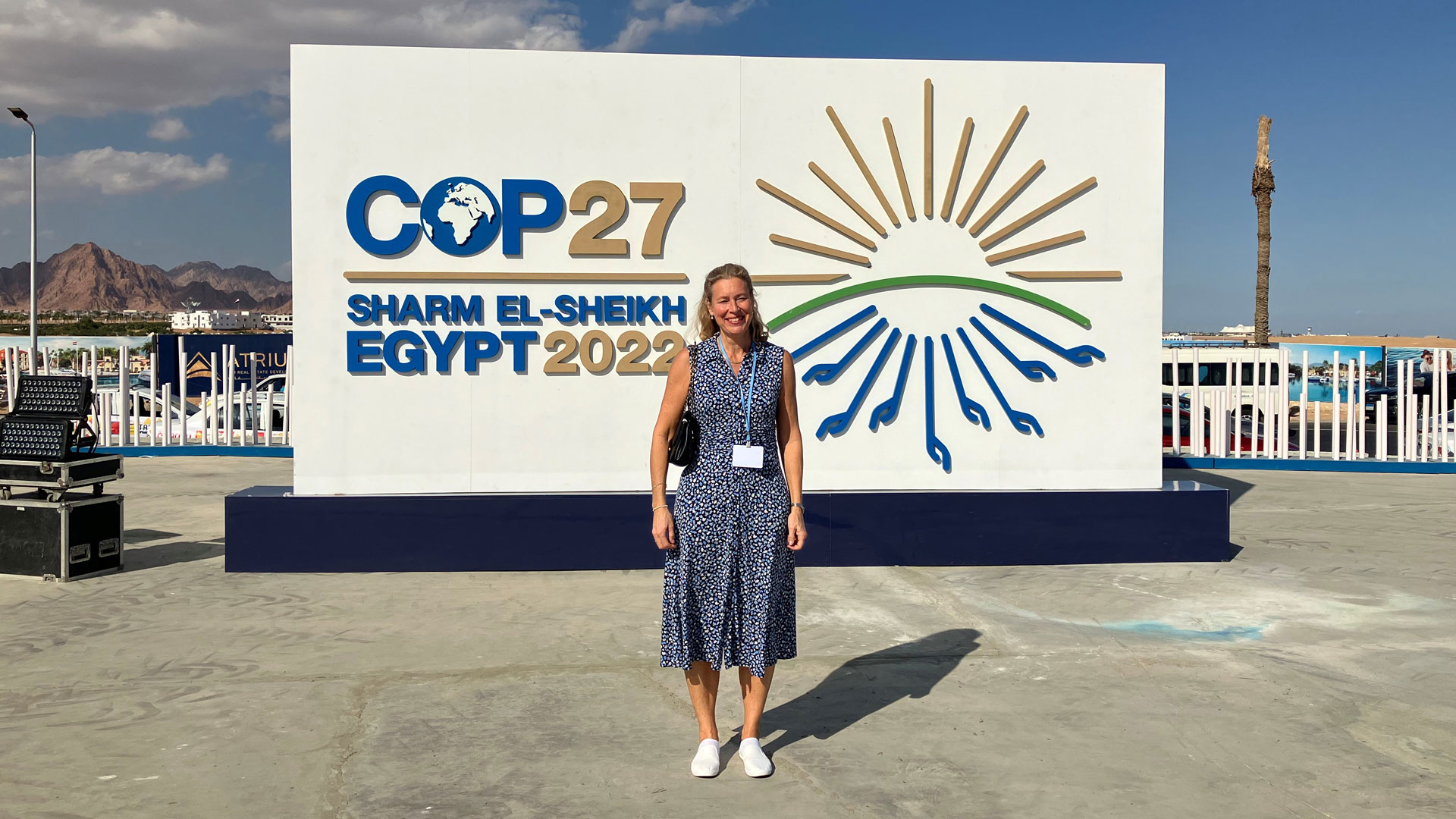 "In just twelve months, much of what was promised last year during COP 26 has now become reality. For example, the previously conservative cement industry has begun to open up and is ready to embark on the same journey as the steel industry – headed by Vattenfall, LKAB and SSAB’s joint Hybrit project.

Or look at the First Movers Coalition, the association of large global companies that was launched at COP 26 with Vattenfall as one of the co-founders, and which aims to significantly reduce the use of carbon in the most fossil fuel-heavy industrial and transport sectors. At that time, there were 25 members. Now, just one year later, the number has grown to 65!

Even in COP 27’s four focus areas it was noticeable that the focus is on delivering and acting. The first area was implementation – delivering on the commitments made in Glasgow.

The second area was financing and the third was on the effects that the ongoing climate crisis has already created and how those affected are compensated, what is known as “loss and damage”. In many cases, those who have contributed least to the climate crisis – such as small island nations – are those that have been hit the hardest.

The fourth focus area was adaptation. Financing of the transition needs to go to developing technology, but also to counter and compensate for the effects of climate impact. The slower the transition, the less funding there is for technology development and the more that goes to adaptation.

Politicians need to be more ambitious

Though much of COP 27 was cautiously optimistic, the fourth point gives me a gnawing feeling of worry. In addition, the transition is going too slowly. After all, there are limited funds available and financing needs to be as smart as possible. And politicians must be more ambitious to avoid ending up hopelessly behind the companies that are leading the way.

That’s why big companies are so important. The transition needs to take place quickly and on a global level, and large companies should take the lead. It is large companies that need to invest in the technology of the future and can take a long-term stance, unlike the regularly changing political direction that comes out of elections. Large companies can and want to drive change because change is the only way to future-proof their businesses.

Fossil-free, from start to finish

At the same time, it is not enough for every company to make improvements in their own little bubble. Collaboration is central to the transition. Across borders, between continents, between formerly bitter competitors and across industries. Information needs to be shared and value chains need to be built. In addition, every value chain needs to be fossil-free. All the way from the basic material to the final product until delivery to the customer, not to mention how the product is taken care of after it has reached its end of life, and then recycled or given new life.

One of the prerequisites for building this type of value chain, and thereby being able to drive the transition at all, is that there is access to fossil-free electricity. For companies like Vattenfall to be able to deliver fossil-free electricity, the steel and cement industries also need to be fossil-free. Why? Because the foundations of our wind turbines and power line pylons are made of cement, and wind turbine towers and power line pylons, are made of steel. If there's one thing that was a hot topic during my days at COP 27, it’s exactly that – everything is connected.

That’s why it’s so important that we all – companies, authorities and politicians – work together across borders."