A head for heights

Rikke Juul Balle does have a desk, but part of the time her "office" is high above the ground, dangling in thick ropes from the top of a wind turbine. 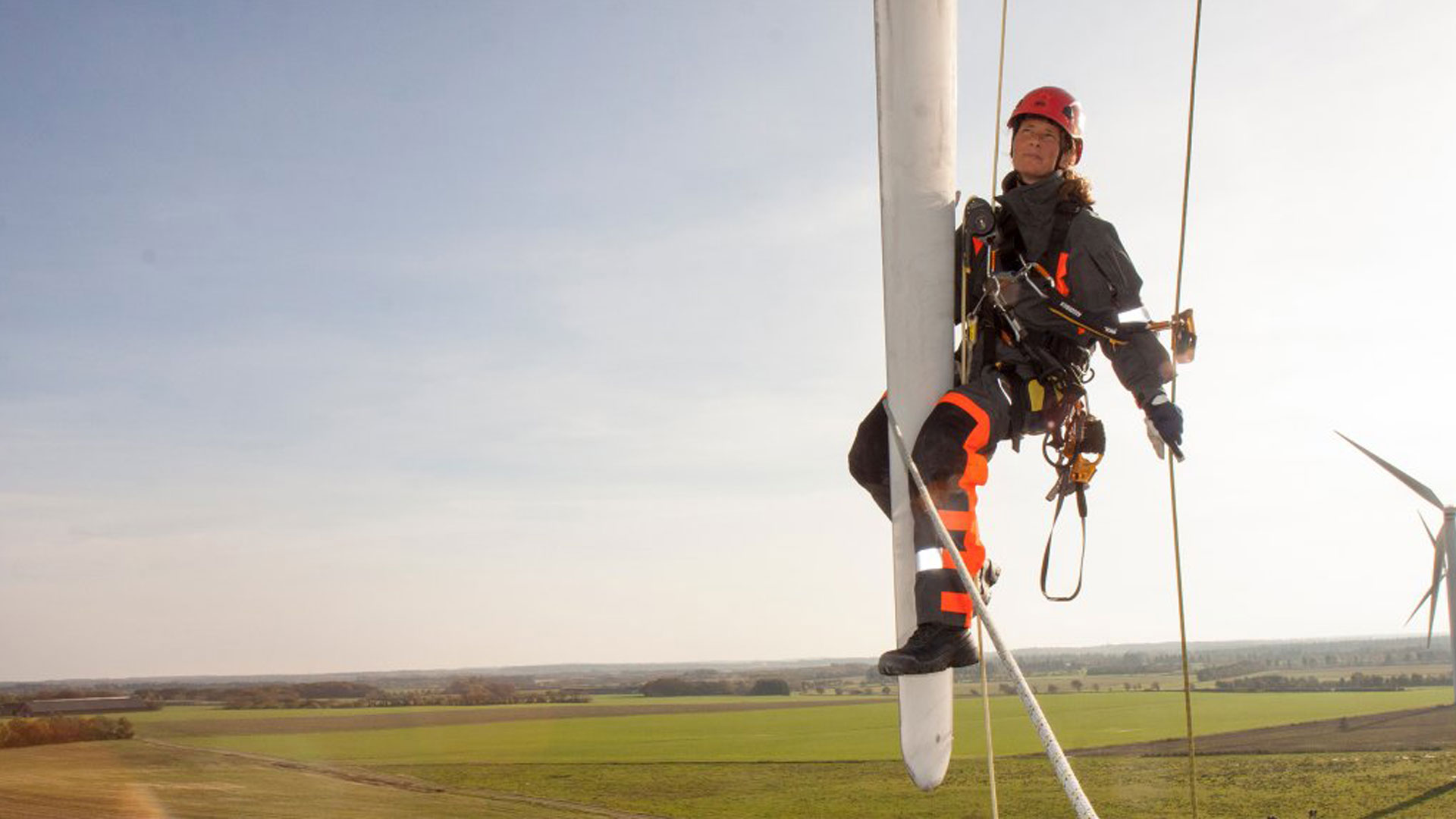 Several years ago in China, turbine Blade Specialist Rikke Juul Balle stood 40 metres above the ground in the lift basket of a creaking and squeaking truck to inspect a turbine blade. After this scary experience, she decided to take matters into her own hands and got a rappelling certiﬁcate so that she could be in control of the equipment herself when performing her duties.

“It feels really cool to be able to move round freely in the ropes instead of being confined to a basket and people on the ground to steer your movements. You feel independent and free, and it is a fast, simple and cheap solution that is also very safe due to the use of two independently attached ropes,” she explains.

To Rikke, it is fascinating to use rappelling to work on onshore as well as offshore turbines up to 100 metres above the ground or the waves of the North Sea.

Rikke joined Vattenfall in August 2012 after 13 years at a wind turbine blade manufacturer. Her many years of experience come in handy when she checks deliveries of new blades and inspects blades at the end of their guarantee periods. The blade team is also looking into ways to optimise the performance of old blades. Balle and her colleagues have been installing various types of upgrades on turbine blades to test the effect and assess whether such improvements should be used more extensively on Vattenfall’s wind farms.

According to Rikke, it is typically possible to inspect the blades of two turbines in one day. 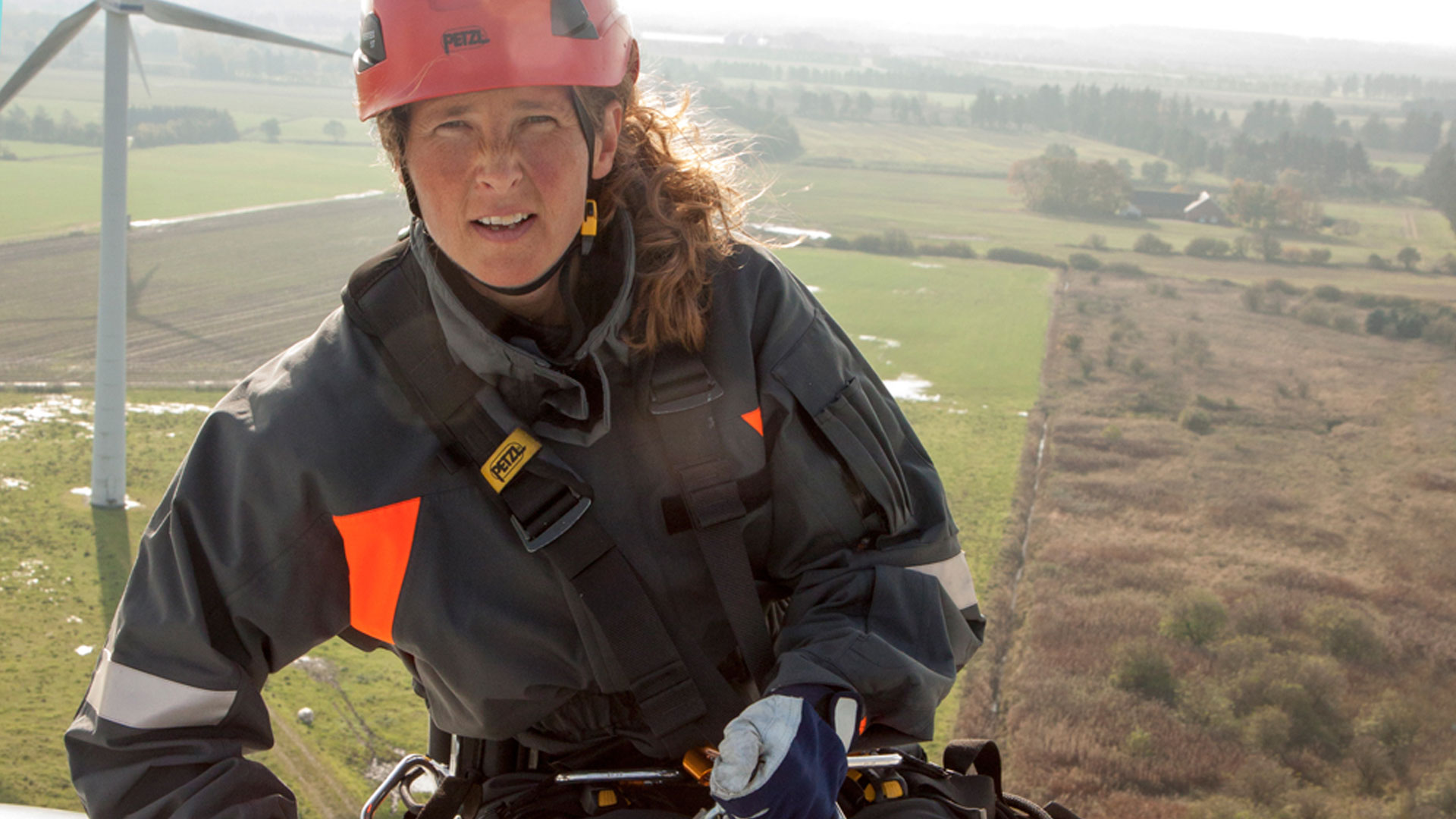 “I learn a lot when I hang on the ropes on a turbine blade together with an external blade specialist. One thing is what the blade looks like when new, another is how it looks after 10 to 15 years of operation,” explains Rikke. “What we can typically ﬁnd are things like small cracks, peeling paint or maybe other, deeper damage on the enormous blades. We can repair small things while we hang on the ropes, while other things require more extensive repairs with special equipment.”

Especially on smaller sites and if only a limited number of turbines are involved, Rikke definitely prefers the ropes to platforms or drones. According to her, it is easier than renting a platform, and using drones requires flying permissions and an external firm with expensive systems to process the information.

Rikke also uses her practical knowledge when she sits at her desk with documentations, guarantees and speciﬁcations.