Water is her element

As a child she spent hours on the bow of a boat looking at the water, now she optimises the use of Finnish hydro power plants. 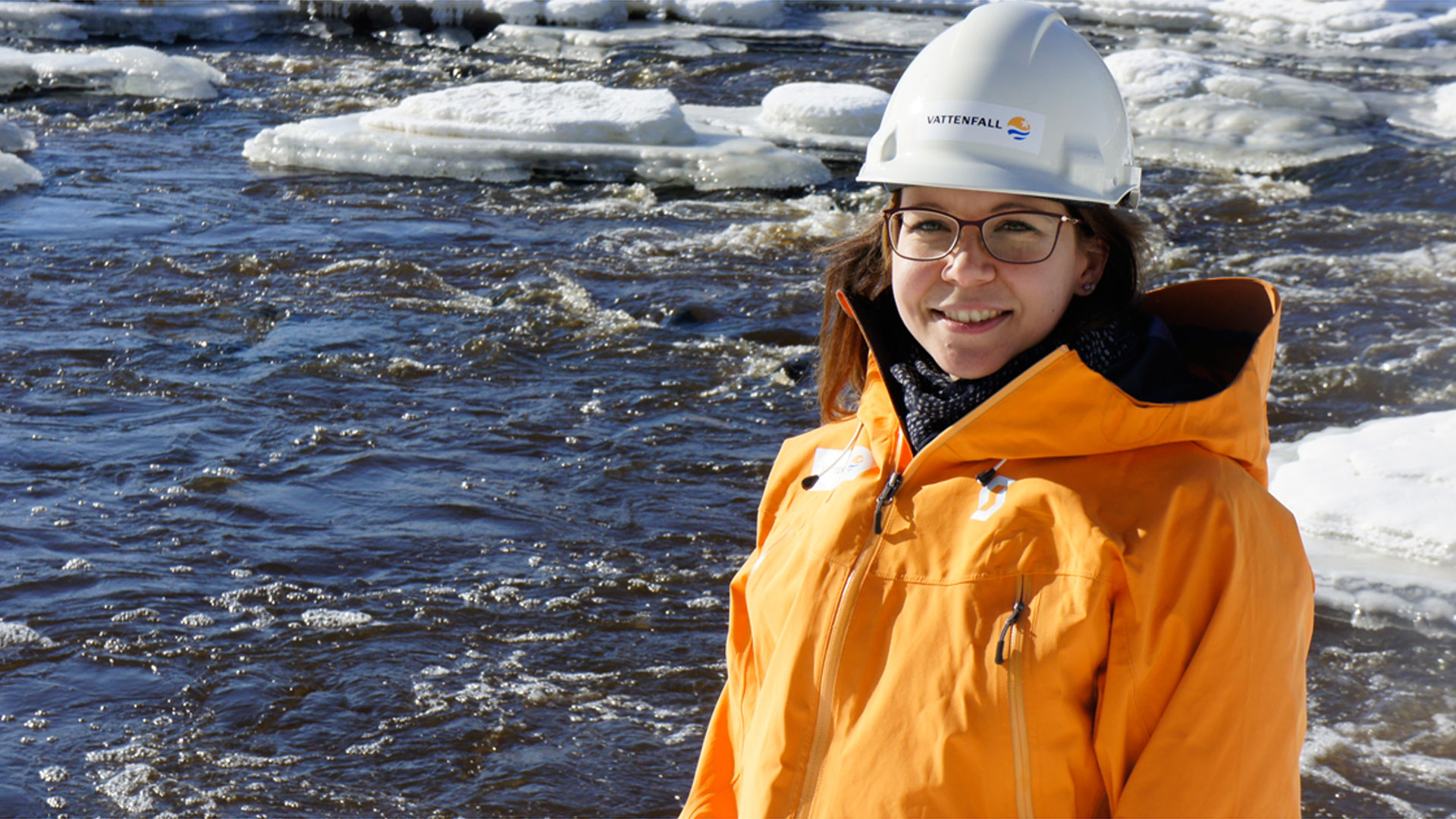 “Finland has countless lakes, and I believe that every Finn has their own special relationship with nature and water” says Marja Rankila

I've been fascinated by water ever since I was a child. Think of brooks that start from high up and stream downwards towards the sea. I could spend hours just watching water flow. As a child, on the way to our summer house on the Finnish islands of Porvoo, I always wanted to sit on the bow of the boat and look down at the water and marvel at everything, I could see there. Finland has countless lakes, and I believe that every Finn has their own special relationship with nature and water".

These are some of the early memories of Marja Rankila, for whom water continues to be an important element; she is the Environmental Coordinator for hydro power at Vattenfall in Finland. Vattenfall has a total of nine hydro power plants in Finland, and Marja's job is to plan how eight of them are used. Operations of the Pamilo plant, which is the largest one, are planned in Sweden.

"My job is to optimise the use of hydro power plants so that we can maximise profits while taking water permits and regulation instructions into account," says Marja.

Each hydro power plant has its own power-to-discharge ratio which depends in particular on the difference between the water levels up- and downstream the plant – also called the plant's head.

The power and amount of water that each plant operates at are planned every morning on an hour-to-hour basis for the entire day. The production plan must always be sent by 12 pm to Nord Pool, the Nordic energy exchange where electricity prices are determined. 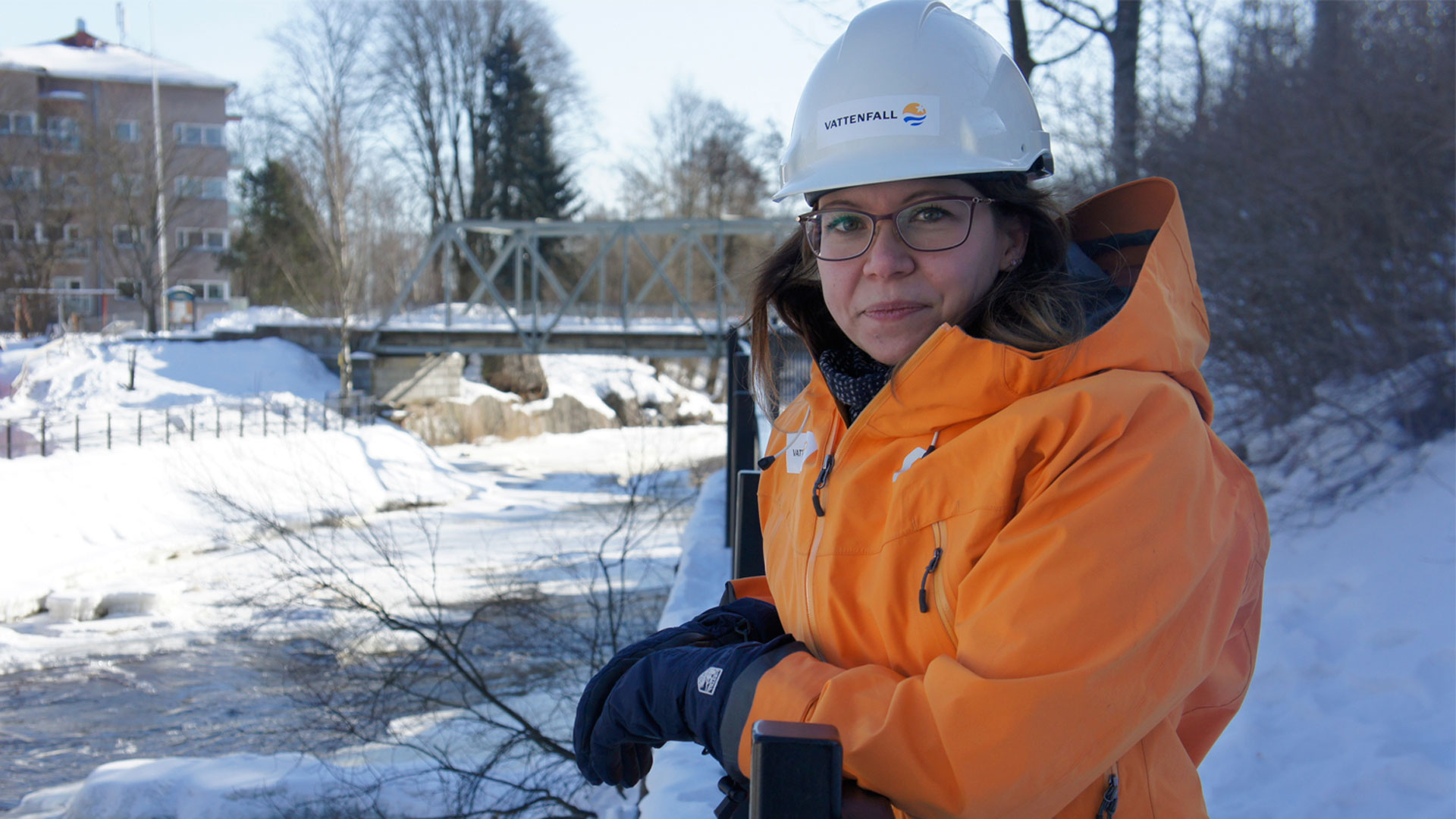 Marja begins her day by checking the water levels in the lakes. After this, she examines water discharges and any changes that have occurred in them. These determine if the water levels in the lakes need to be raised or lowered by increasing or decreasing the water discharges from the plants. This is done by adjusting the output and running hours. Once the right amount of water has been determined, the corresponding running hours are allocated for the following day in order to maximise profit. Any downtime for maintenance must be taken into consideration in the planning process,  and so must the impact of the weather. If for example flood water is expected to flow into a lake, the rate of outflow must exceed the rate of inflow to make room for the extra water volumes. In a case like this, the number of running hours is increased, bringing the water level down.

Hydro power is quite unique in the electricity production because it can be regulated: "If the rates at which electricity is consumed and produced do not match, the situation can be balanced by starting or shutting down hydro power plants," explains Marja.

Because of this, a system called the balancing market determines the electricity prices based on the difference between demand and production.

In her role, Marja deals with several other aspects of hydro power plants, water bodies and the environment. At the moment she is especially engaged in two fish ladder projects which have received EU funding. Fish ladders allow fish on their way up and down the river to pass the hydro power plant that otherwise block free movement.

"Water resources management is where my core competence is. However, I work in a vast field that allows me to stay up to date with current trends."

Marja Rankila supports hydro power: "The use of hydro power does not generate CO2 emissions, and it is the only green production method that allows us to quickly react to periods of peak demand. Hydro power has a key role to play in electricity production as a whole".

Vattenfall aims to take on 200 new employees for its IT operations until 2022.

Tuomo Hatakka to retire at the end of the year