You need to enable JavaScript to get the full functionality of this site.
Skip to content Go to main navigation
News Environment 16 May 2019 2 min

The HYBRIT project from Vattenfall, SSAB and LKAB has been awarded for its fossil-free steel manufacturing initiative. 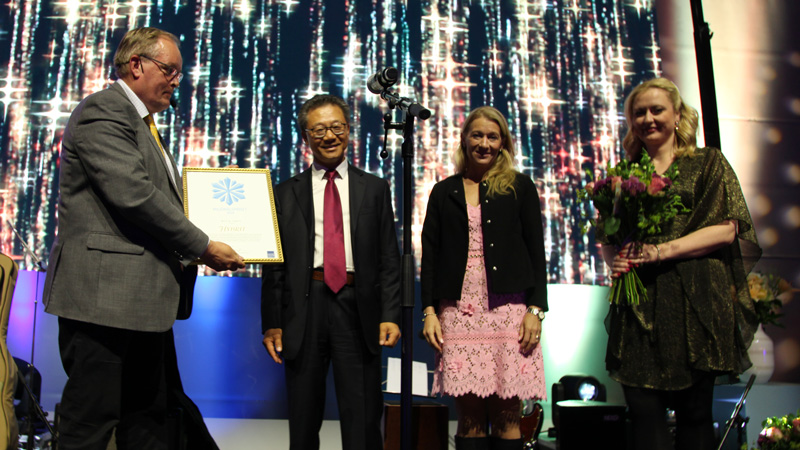 Martin Pei, chair of Hybrit Development and vice CEO and Head of Technical Development at SSAB, accepted the award during the Miljömålsdagarna (Environmental Target Days) conference in Karlskrona.

Fossil-free steel production: How does it work?

Martin Pei, chair of Hybrit Development and vice CEO and Head of Technical Development at SSAB, was present to accept the award during the Miljömålsdagarna (Environmental Target Days) conference in Karlskrona.

"With HYBRIT, SSAB, LKAB and Vattenfall are showing that it's possible to transform the steel industry. But it requires courage, innovation and speed. So it's fantastic that HYBRIT has been recognised in this way. We're already seeing how other steel companies around the world are also beginning to have the courage to see the opportunity, and perhaps follow us. I'd say that the whole of Sweden and the whole world are the winners of this award, as this transition means that we will be able to reduce our emissions by ten per cent in Sweden, and also have the potential to reduce carbon dioxide emissions in other parts of the world in the future," says Pei.

Water instead of carbon dioxide

When fossil-free electricity and hydrogen are used instead of coke and coal in steel manufacturing, the emissions will take the form of water instead of carbon dioxide. HYBRIT won the award in the category Courage and Pace. Here is how the jury justified its choice of winner:

"HYBRIT has taken upon itself the huge challenge of transforming Swedish steel production and making it entirely fossil-free. With pioneering innovation and great courage, the company has shown that there are no obstacles to manufacturing steel using hydrogen gas instead of coal. As well as the fact that the project can transform Swedish steel manufacturing, which accounts for ten per cent of Sweden's greenhouse gas emissions, it also has the potential to spread the technology globally and cut a substantial part of the world's climate-impacting emissions. The HYBRIT initiative is a pioneer in the true sense of the word!"

The iron and steel industry accounts for seven per cent of global carbon dioxide emissions, making it one of the industries with the highest emissions. A growing world population and urbanisation are expected to result in an increased global demand for steel. This is the background against which SSAB, LKAB and Vattenfall created HYBRIT with the aim of developing the world's first fossil-free ore-based steel manufacturing technology.

Read more about how Vattenfall is contributing to the HYBRIT project