You need to enable JavaScript to get the full functionality of this site.
Skip to content Go to main navigation
News People 1 October 2019 1 min

The 100-club’s initiative was a great success for everyone involved. More than 100 new arrivals received internships and thus increased their possibilities to enter the labour market in Sweden. 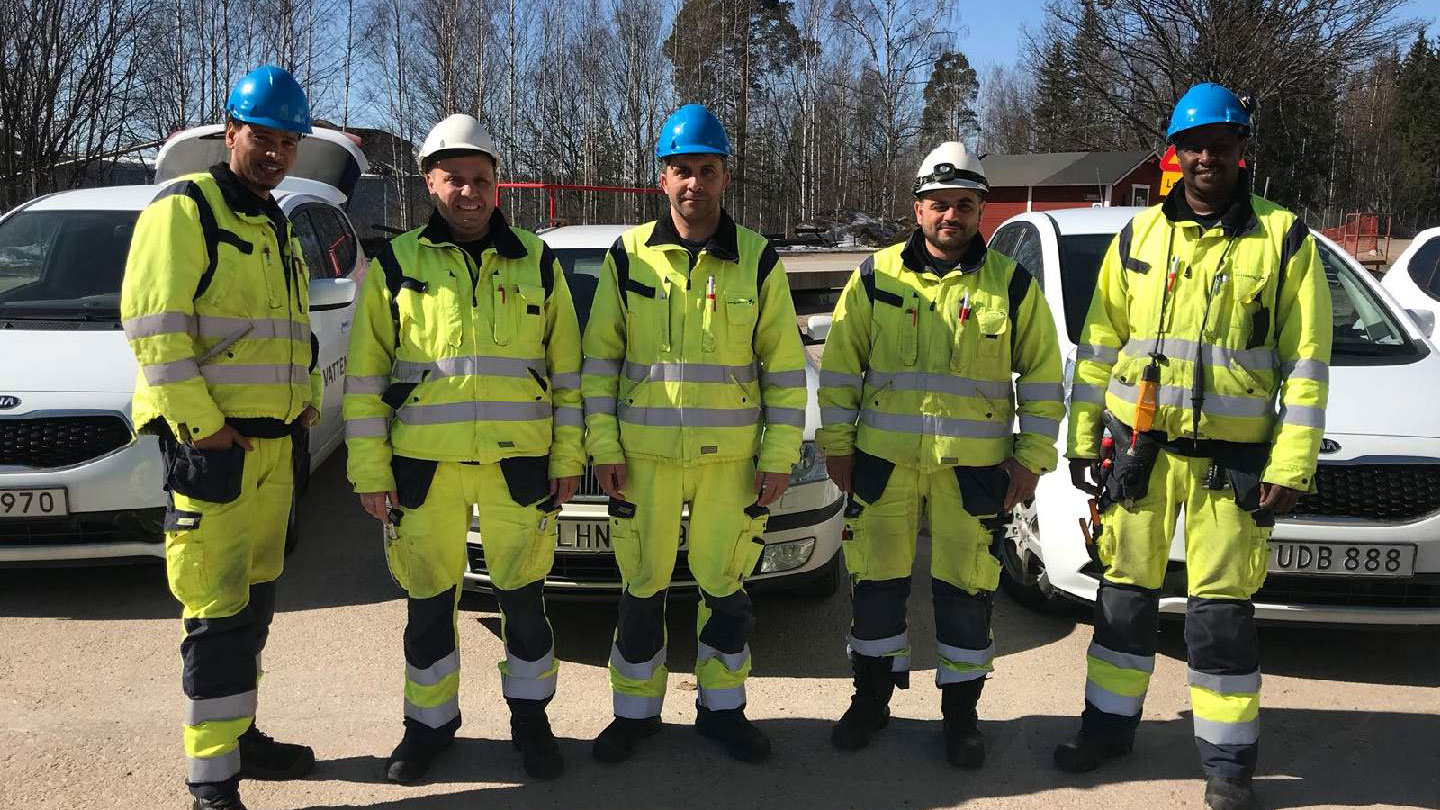 The Västra Bergslagen Energi was one of the operations within Vattenfall that was reinforced by means of the Swedish government's 100-club initiative. From the left: Tesfai Rezene, Nadim Nakkar, Haitham Challar, Ahmad Mouslli Sirjeh and Miguil Warsama Shiri.

The 100-club was launched in 2015 by the Swedish government to give an extra push to the various initiatives that aim to get newly arrived academics into work in Sweden.

The initiative was aimed at large companies that, over a three-year period, would undertake to receive at least 100 newly arrived graduates each in education, internship or subsidized employment.

Thirty-one companies accepted and when Vattenfall's three-year period ended on March 30 2019 , the target had been achieved: a total of 104 people had received internships during the period.

“It was a very successful project. The vast majority of trainees we adopted had their internships extended beyond the normal four months and some were hired, a good grade in itself, says Eva Häger, who led the project from Vattenfall's HR department.

Managers within the company were offered sign up to receive an intern and to specify what qualifications were required for the job. With the help of labour market initiatives such as Jobbsprånget, a match was made. The internships were four months. Additional costs were covered by the Swedish Public Employment Service and the Social Insurance Office (Försäkringskassan).

The project evaluations showed important and positive results: Newcomers who had previously never been called for a job interview were given that opportunity after having completed their internship at Vattenfall.

Also the involved managers said that their expectations had been exceeded on  how the interns were able to support their business.

Eva Häger especially wants to mention those managers and key people who saw the opportunities and dared to try a new way to get help from qualified trainees.

– The managers have been very important to the success. They are a kind of heroes as I see it, and worth all appreciation!

Do you want to work with us? Here you will find more information!

Åsa Jamal has been appointed new Senior Vice President and Head of Group Communications at Vattenfall. She succeeds Karin Lepasoon, who will take on another external position.

Vattenfall is taking part in several seminars in connection with the international environmental conference, Stockholm +50, which is taking place this week.

Monday to Wednesday this week, Anna Borg is attending the World Economic Forum Annual Meeting in Davos in the Swiss Alps.