From refugee to Nuon employee

Maryam Salmanpoor fled from Iran to the Netherlands three years ago. This meant a win for Nuon. 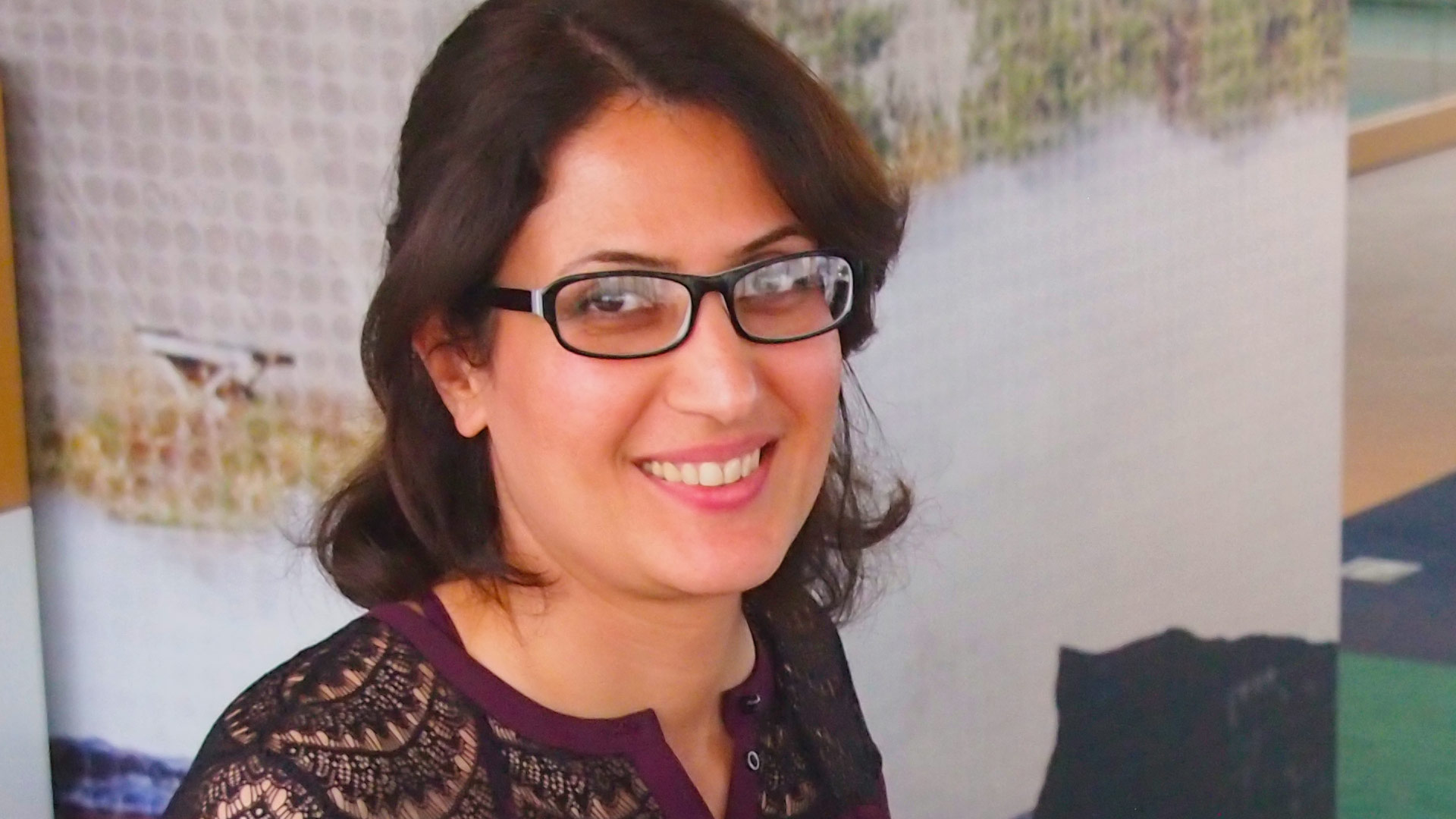 In 2014, Maryam Salmanpoor fled Iran with her husband and made her way to the Netherlands. She is an engineer who had held managerial positions in her home country, but after two years in the Netherlands she had still not got a new employment.

Then one day things changed. Salmanpoor was interviewed by a newspaper, Algemeen Dagblad, about her situation. In the interview she recounted how difficult it was to find work as an engineer, when she did not speak the local language. The article was spotted by Maarten Steinebach, Manager at Nuon Heat, who decided to contact her, as he knew that his organisation was in need of her technical competence.

“Maarten invited me to attend an interview the next day in order to get to know me and I went along with my CV and academic qualifications,” Salmanpoor says.

The meeting resulted in an apprenticeship as a technical draughtswoman at Rotterdam Engineering by means of Step2Work, an employment programme at Nuon that aims at helping young people and people with various workplace restrictions to gain access to the labour market. This could be people with a mental or physical handicap or people without the proper certificates. And for the first time, in the case of Maryam, a newly arrived refugee.

Today, her efforts during the year of work experience have paid off, and she has been awarded a permanent contract as of 1 August.

“I am truly happy about the opportunities that Nuon has offered me and am determined to make a success of it,” she says.

Although Salmanpoor is happy to know she has this security, she is still sad about having had to flee her own country and misses her friends and family. The situation in Iran is still highly unstable and at present she and her husband have no plans to return.

Fortunately, they are able to stay in touch with their family on Skype, and Salmanpoor now sees a bright future at Nuon − particularly once her Dutch skills are up to scratch. At present, she spends three half-days per week in intensive language training courses at the university.

“I thought I would have got a grip on the language more quickly, but speaking Dutch well is quite a challenge,” says Salmanpoor. Fortunately, she is receiving plenty of help from her colleagues. “They are always keen to help and are very patient. I am genuinely grateful for that.”

Although Salmanpoor worked with many interesting colleagues in Iran, she feels slightly less restricted in her job here, giving her more time to focus on her work. “In the Netherlands, I do not have to worry about wearing the right clothes, who I talk to about my beliefs and family, or what my relationship is with other people within and outside the organisation,” states Maryam when asked about the positive differences compared to her work as a manager at an Iranian telecommunications company. “Everyone uses their first names here, even the managers. This does not happen in Iran.”

The trust that all Nuon employees receive from their managers and colleagues is also a new experience for her. “In Iran, I did not have that trust. I spent much time and energy convincing my colleagues that certain things could be done in different and better ways."

Some things, however, work better in Iran to her experience: “When a new employee starts at a company in Iran, all the hardware and software is in place and administrative matters have been resolved. If there is a problem, a representative from the right department will immediately deal with it, so that you do not waste time on matters that you have no expertise in. In the Netherlands, it takes slightly longer before a request is approved or before certain IT issues are resolved," she says.

"Growing in all sorts of ways"

After Salmanpoor signed her contract, she has continued to invest in her personal development and is still attending language lessons.

“We have shown that it is possible for migrants to integrate into Dutch business life within a relatively short period of time. Maryam has grown in all sorts of ways and has an important role as an engineer at Nuon Heat. And that is fantastic," says Norbert Simons, Regional Manager for Grid Operations Rotterdam/Leiden for Nuon Heat.

Marjan van den Berg is the Regional Manager for the Step2Work programme and Salmanpoor's mentor. In the future she also wants to include newly arrived immigrants with a residence permit in the programme and thereby expand the programme scope.

“For us, this is a fantastic opportunity to find well trained technical staff. At the same time, we are contributing to diversity within the company and actively implementing our corporate responsibility.”

After nearly six years as President and CEO Magnus Hall has decided to leave Vattenfall. T...