First Minister Nicola Sturgeon was speaking at the inauguration of the EOWDC which she officially opened during a visit offshore to Vattenfall’s 93.2MW facility in Aberdeen Bay. Two of the EOWDC’s 11 turbines have a capacity of 8.8MW and are the most powerful to have been deployed anywhere in the world.

The FM joined the Swedish energy group’s CEO and President Magnus Hall, who said the pioneering EOWDC will “turbocharge” the growth of the offshore wind industry.

First Minister Nicola Sturgeon said: “I am proud that as part of this ground-breaking project, the world’s most powerful offshore wind turbines are now up and running in Scotland.

“A single rotation of one of these 8.8MW turbines will generate enough energy to power a home for 24 hours which truly shows the potential of this technology to strengthen Scotland’s renewable energy generating capacity in the future.” 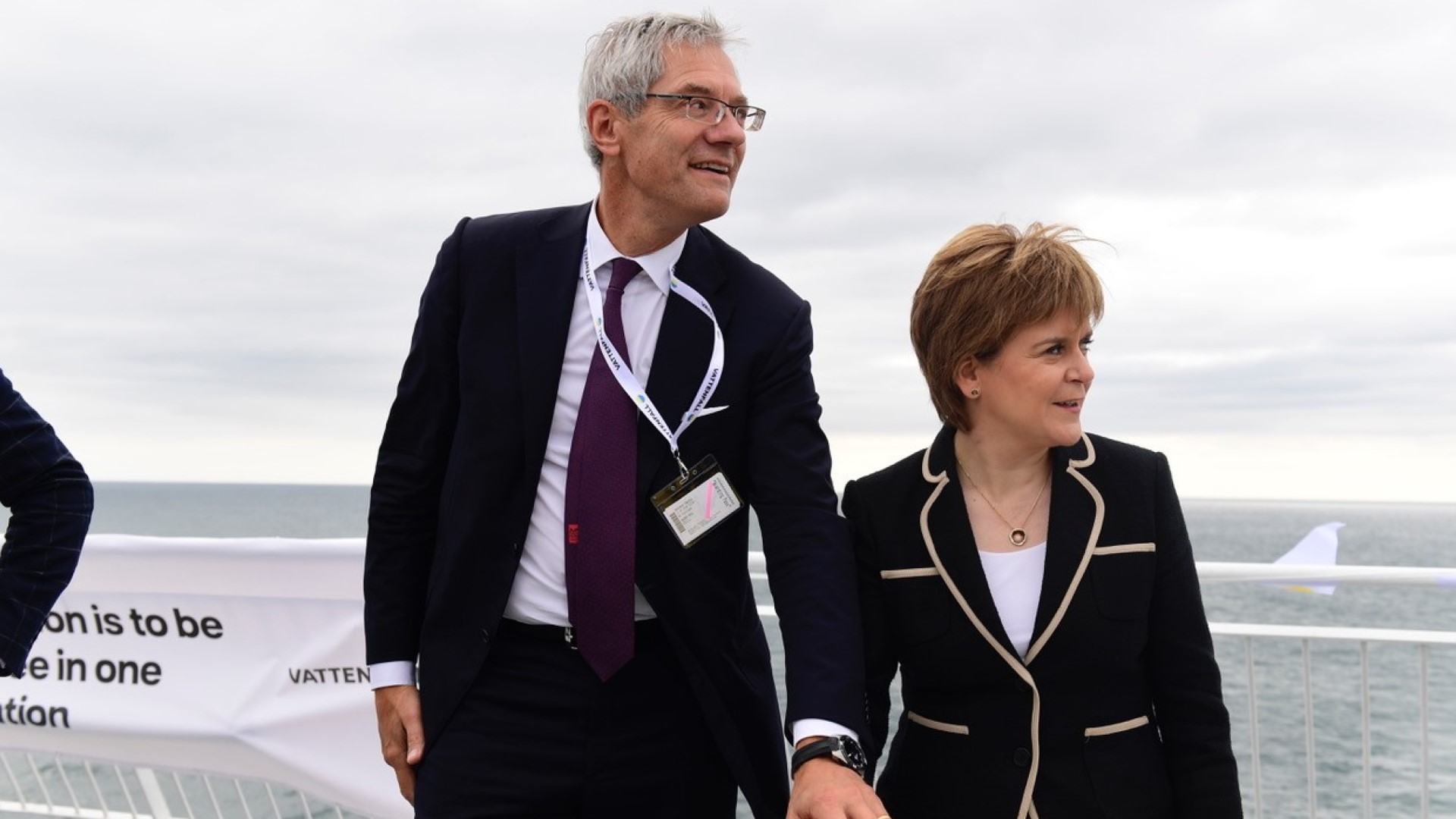 President and chief executive officer at Vattenfall, Magnus Hall, said: “The innovation we have implemented at the EOWDC – and will continue to demonstrate - will turbocharge the growth of a global, low cost offshore wind industry. And in doing so, do much to secure a fossil fuel free future for us all.”

The successful completion of the EOWDC, which was supported by a €40mn grant from the European Union, means that the Swedish energy group’s total UK operating wind capacity has, after almost ten years in the UK and £3.5bn investment, crossed the one gigawatt (GW) line.

Mr Hall added: “Vattenfall is in Britain to grow. The success of our wind power investments over the past decade, and the ambition of Scottish and UK governments to transform the energy and transport sectors, gives us confidence in our UK future. As we forge new partnerships in heat, e-mobility, retail, power distribution and wind over the next ten-years we will be at the forefront of the UK’s decarbonisation of energy.”

Gunnar Groebler, senior vice president and head of Business Area Wind at Vattenfall, said: “We have built this pioneering project in partnership and we especially salute the Aberdeen Renewable Energy Group (AREG), the Scottish Government and Crown Estate Scotland, for their commitment to deploying what is arguably the world’s most innovative wind farm. The sheer power and majesty on display at the EOWDC is thanks to the skill, expertise, experience and commitment to safety of Vattenfall’s engineers, specialists and suppliers.

“Vattenfall will continue to innovate, strike partnerships and invest in wind power because climate change is one of the biggest threats to humanity and turbines like those at EOWDC will be a cornerstone of an effective response.”

Jean Morrison, chair of AREG which was behind the original concept for the windfarm, said: “As Scotland’s largest test and demonstration facility, the EOWDC is a landmark project and confirms the North-east of Scotland’s pole position in international offshore wind innovation.

“The facility underlines the transferrable skills from oil and gas into renewables and will help the region diversify its energy-based economy as well as bring considerable benefits to people across the region. Throughout construction, the EOWDC has energised local communities and we believe it’s a true cause for celebration.”

More than 100 business leaders and dignitaries joined the First Minister and senior Vattenfall staff on a NorthLink Ferries’ vessel for the opening ceremony.

With a tip height of 191m and a rotor circumference (164m) larger than that of the London Eye’s, the 8.8MW and 8.4MW turbines started generating clean energy from all 11-turbines in late July. With offshore construction starting in February, the main offshore works were substantially completed in just six months.

The EOWDC’s total generating capacity of 93.2MW will supply the equivalent of 70% of Aberdeen’s household electricity demand and annually prevent more than 130,000 tonnes of climate changing CO2 from entering the atmosphere. This will remove the equivalent of 736,817 cars from UK roads throughout its lifetime.

Note: Sole responsibility for this document lies with the author. The European Union (EU) is not responsible for any use that may be made of the information contained therein. 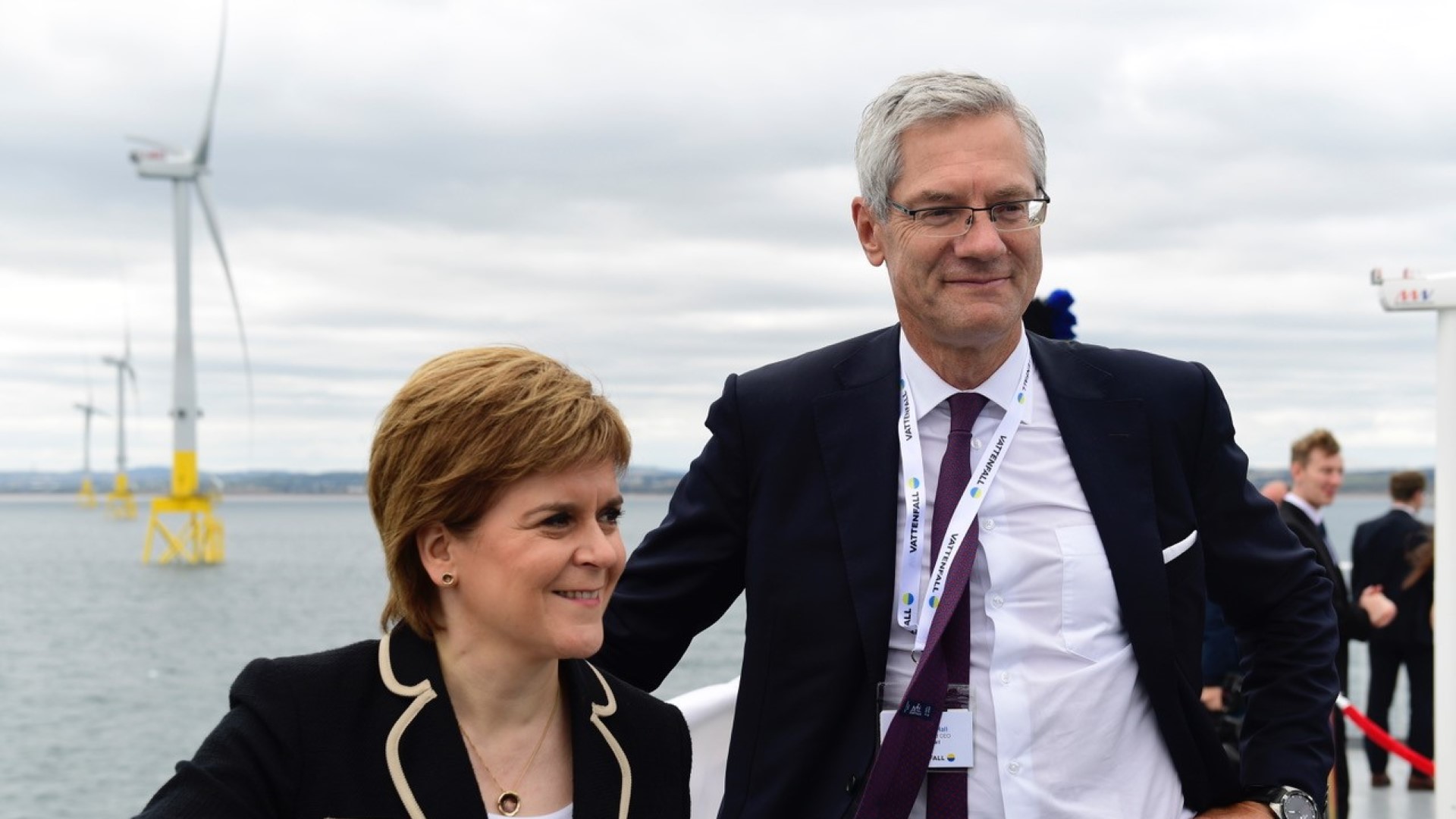 See media related to this article