You need to enable JavaScript to get the full functionality of this site.
Skip to content Go to main navigation
Story Sustainability and environment 5 February 2015 5 min

There is room for much more wind in the Swedish energy system. Modern solutions can take care of the stability problems, Vattenfall’s wind experts say. 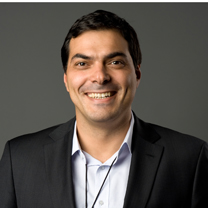 decreasing in the Nordic power grid. But this is about to change as new studies and business models show that wind power can stabilise the grid. “I believe that this century will see a fast growth of renewable energy penetration in our power systems, in some countries it could reach 100 per cent renewables,” says Alberto Mendez Rebollo, Head of BU Wind at Vattenfall when we meet him and Karin Salevid, business developer at Asset Optimisation.

“And for wind power it is fair to say that it can solve some but not all of the stability problems it causes. But in a modern power system, the remaining problems can be solved by other methods, such as demand control,” says Mendez.

Karin Salevid is working on how to optimise wind power to fit the demands of the grid and the market. “It is clear that a high penetration of wind is possible in the Swedish system. It is just a question for the grid operator on how to design the market,” says Salevid and Mendez agrees: “There is no doubt that even a system with roughly 45 per cent wind and solar, 45 per cent hydro and 10 per cent gas is technically possible, and investigations are ongoing to determine if the percentage of gas could be even smaller.” 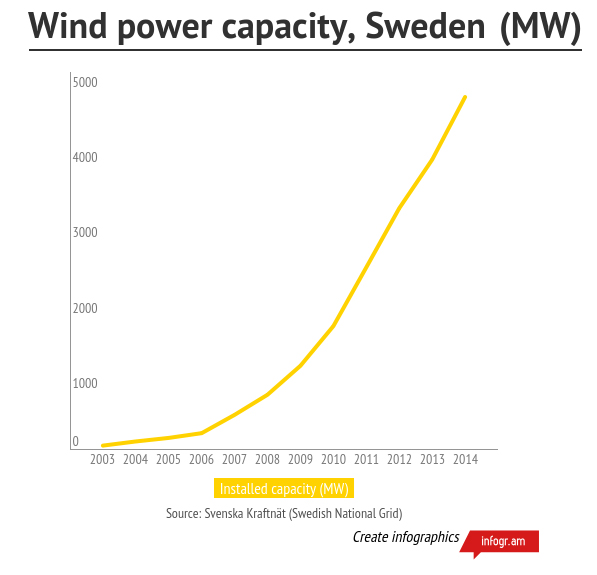 Alberto Mendez Rebollo’s career started in Spain, a country which has experienced a rapid increase of wind power for more than a decade. There are periods when 70% of the electricity is produced from renewables in the Spanish system.

The radical change of Spain’s energy mix came after what Mendez calls a shift in the grid operator’s mindset. “In a way they were right. But when the grid operator switched from problem to solution oriented thinking, they came up with ways to stabilise the grid with wind power instead. It is like Einstein said: ‘Problems cannot be solved with the same mindset that created them’.”

Grid stability requires control over voltage and frequency, and to achieve this, the pool of power plants feeding the grid needs certain characteristics. These are reactive power, inertia and active frequency control.

In Spain, wind power turbines have produced reactive power for many years. This technology is now spreading and Vattenfall has closed the first deal ever in the Netherlands to produce this commercially from the Princess Alexia Wind farm, starting 1 January.

70% of Spain's electricity is generated by renewables during some hours of the year.

Spain has seen one of the fastest introductions of wind power in the world.

A technology on the rise

The second characteristic a stable grid needs is inertia. New studies from North America show that wind turbines can produce what is called “synthetic inertia”. It also works when the wind is not blowing.

“The solution is to use a small amount of energy to spin the rotors. The blades are tilted to create as little resistance as possible and it works quite well. With this technique, wind power goes from being an inertia consumer to being an inertia supplier. Of course when there is wind the inertia is there without the need for energy consumption. My estimate is that this technology will become the norm in only a few years and that this is a must in a 100% renewables system,” says Mendez.

A stable grid also needs active frequency control. The grid receives energy from power plants with varying output and delivers it to end users who require immediate delivery at the flick of a switch. At all times the production must equal the consumption in the grid and the frequency reflects this balance. If the frequency becomes too low, parts of the grid need to be disconnected. The result is outages. If the frequency becomes too high, the generators in the system will turn faster and faster until production has to be reduced or shut down.

Vattenfall’s Asset Optimisation and Trading unit offers regulation capacity to lower power output from wind power in Denmark, in times of surplus production in the system. There are now plans to develop tools to also sell up regulation which is needed when there are sudden drops in other power sources.

“It is done by lowering the output of the wind park and offering the extra margin as a buffer to the grid operator. We think this will be needed in the future. We will be ready to sell this service as soon the market demands it,” says Karin Salevid.

Reactive power
With a minor technical adjustment, wind turbines can produce reactive power. When the wind is not blowing, the effect is 50%.

Inertia
Wind turbines can be built to produce "synthetic inertia". When there is no wind, a small amount of energy can be used to spin the rotors if the system operator still needs inertia.

Primary and secondary regulation
When there is wind, the total output can be lowered to offer a buffer to quickly increase production.

“Radio Fossil Freedom”: Listen to future radio while you charge

What would a radio program from the future sound like – one generation from today?

In her speech at US President Joe Biden's climate summit, Vattenfall's CEO Anna Borg called the price of CO2 emissions the single most effective tool for achieving climate targets. Here is t...

Vattenfall takes the first place of this year’s edition of Ecogain’s Biodiversity Index.